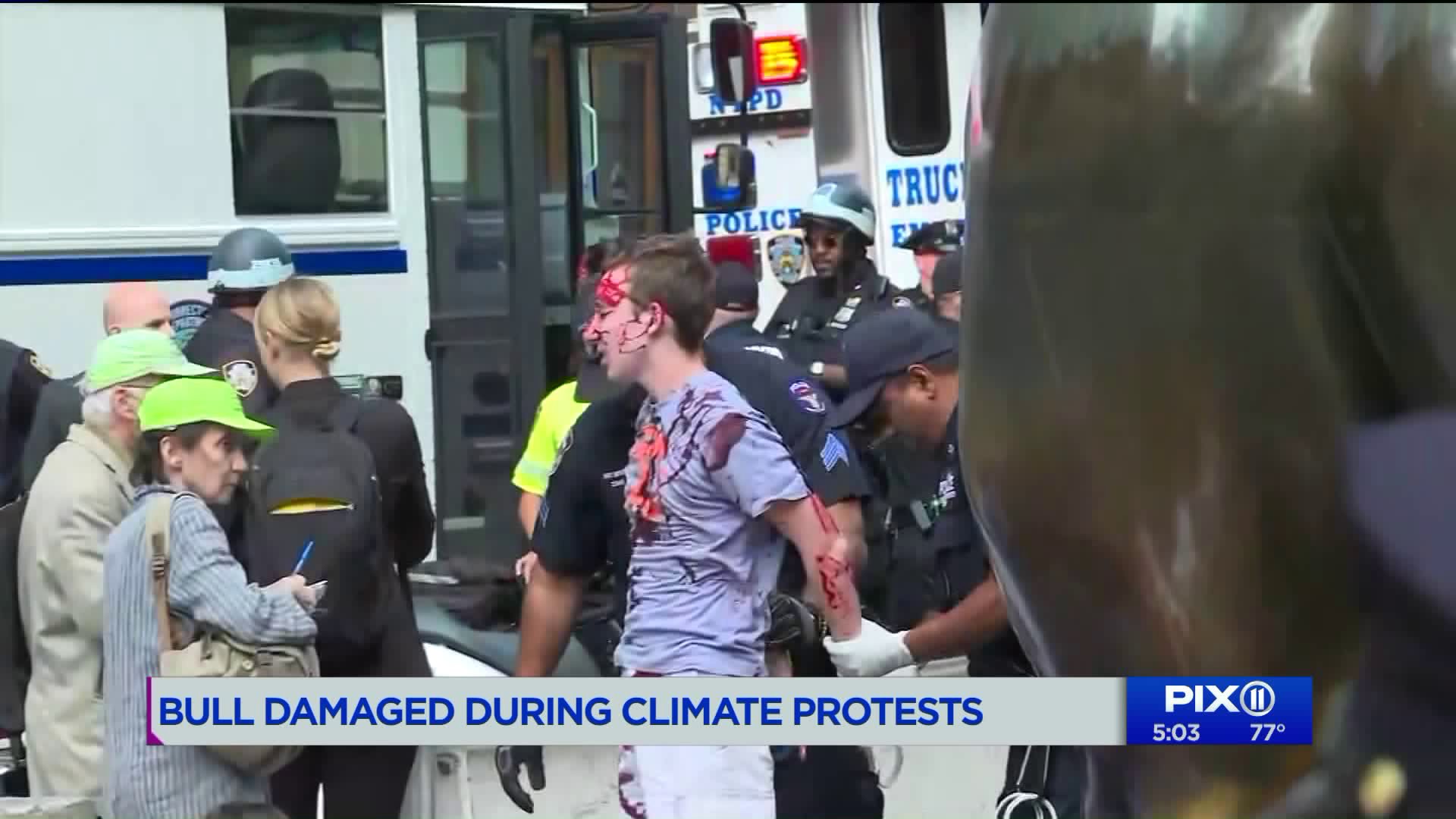 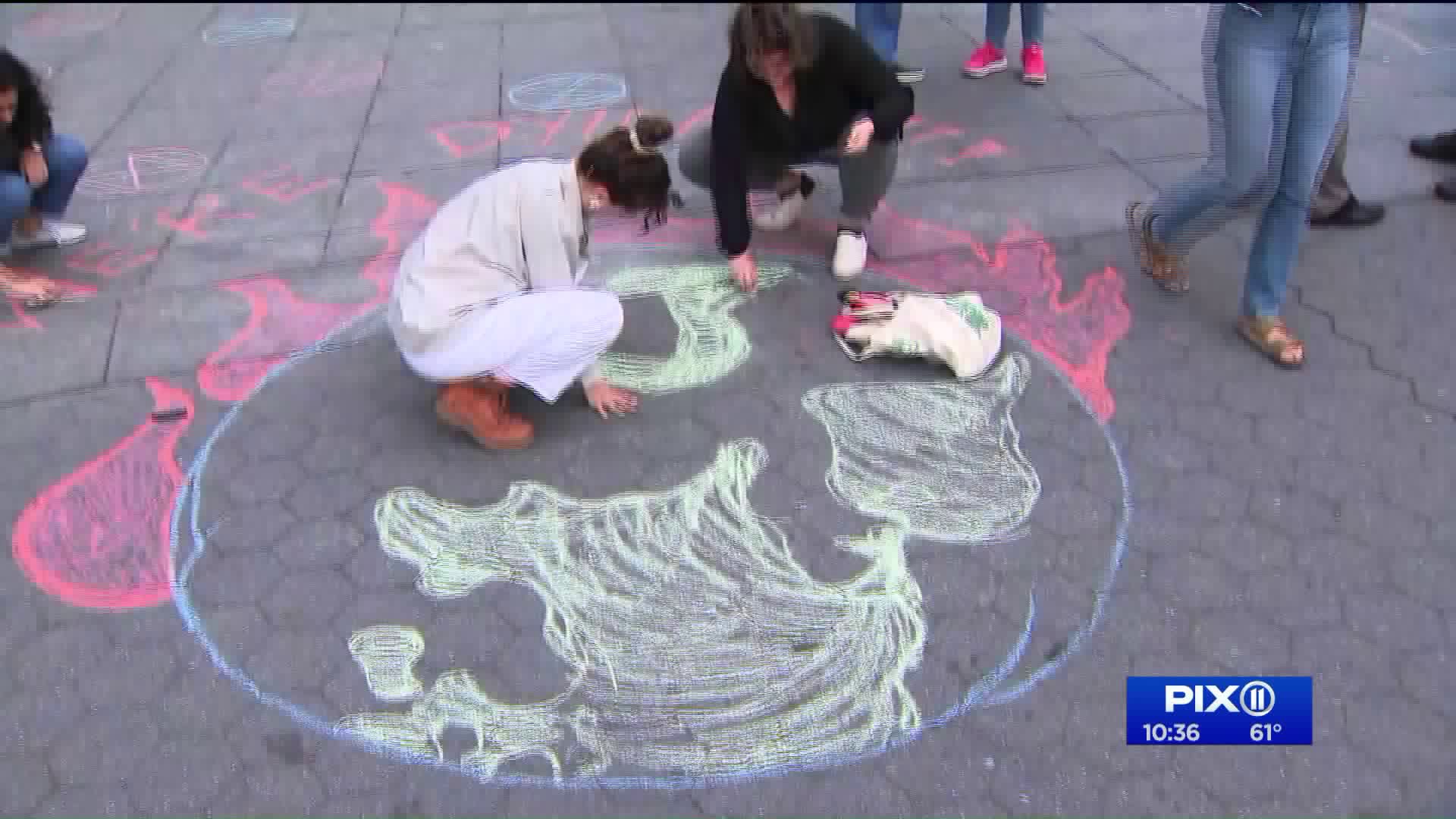 Some of the protesters doused the city's charging bull statue near Wall Street with fake blood as part of the protest against climate change.

The group Extinction Rebellion staged the protest Monday at the foot of Broadway.

At least one protester, seen waving a green flag, climbed on top of the famous bull statue.

The group is holding disruptive peaceful civil disobedience protests in cities around the world to pressure governments to do more about climate change.

Protestors covered in fake blood are arrested by the NYPD around the Wall Street Bull during an Extinction Rebellion demonstration in New York on October 7,2019. (TIMOTHY A. CLARY/AFP via Getty Images)

Earlier Monday, hundreds of activists with the same movement blocked a central square in Paris. Some of the protesters locked arms and chained themselves together, refusing to move. Others are sitting down on the ground.

The Paris event brought the area around Chatelet to a standstill.

Meanwhile, Dutch police said they had detained about 90 demonstrators who were blocking a busy Amsterdam street Monday as part of a climate protest by the Extinction Rebellion group.

Over in Madrid, the climate activists blocked roads and staged a sit-in. A few dozen activists briefly chained themselves to each other and to an elevated road over a major artery in the Spanish capital at rush hour on Monday morning.

Protestors covered in fake blood gather around the Wall Street Bull during an Extinction Rebellion demonstration in New York on October 7,2019. (TIMOTHY A. CLARY/AFP via Getty Images)