Yankees fans party ahead of Game 2 of the ALDS 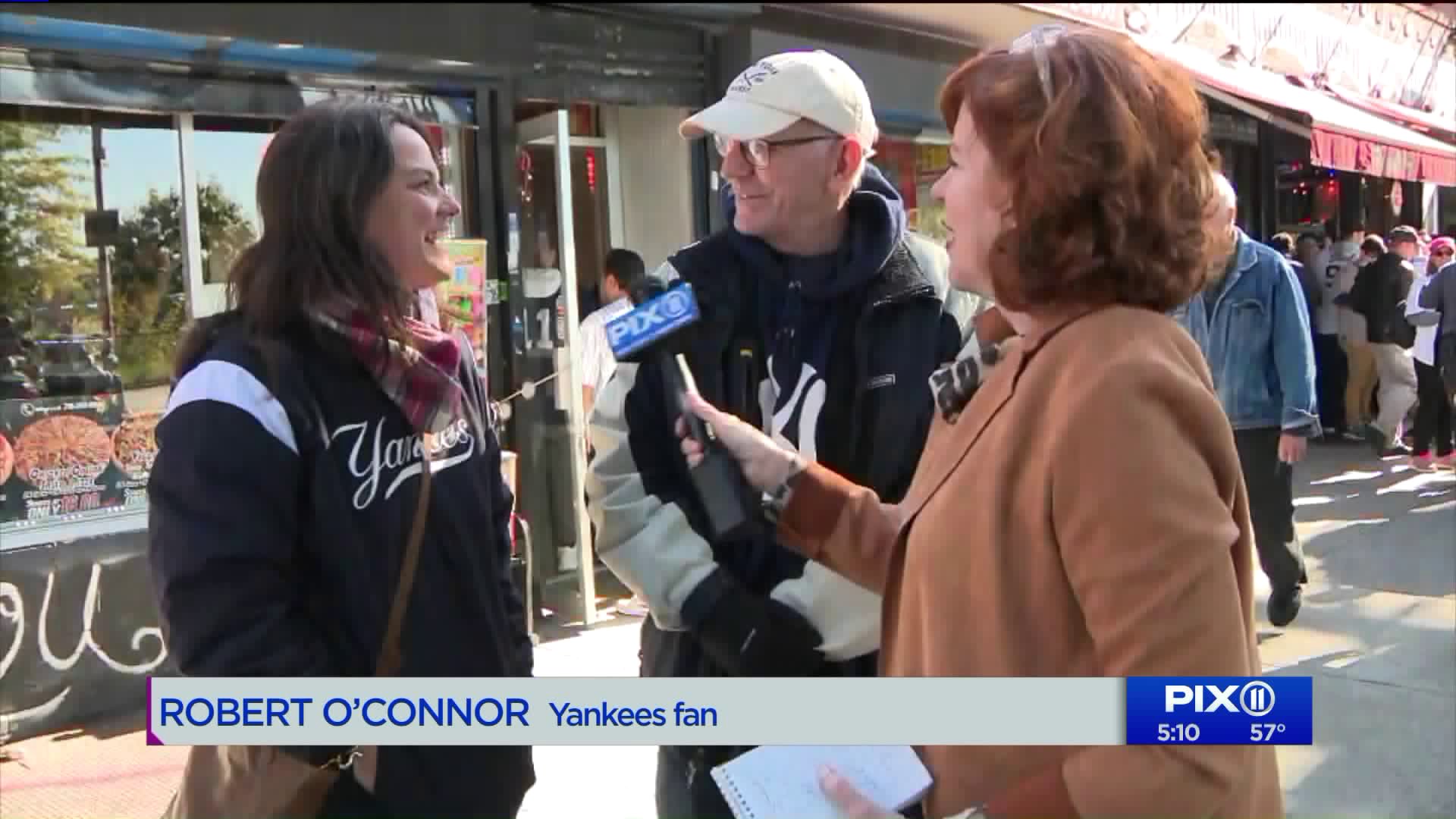 The Yankees took on the Twins Saturday evening in Game 2 of the AL Division Series, but the party was rocking outside the stadium before the game.

The Yankees took on the Minnesota Twins Saturday evening in Game 2 of the American League Division Series.

The atmosphere is tense inside but PIX11's Magee Hickey was outside and saw plenty of rowdy fans ready to cheer on the Bronx Bombers.

A Yankees bar on River Avenue was standing room only, spilling out onto the sidewalk from the house that Ruth built and the testosterone was high.

PIX11 Ness spike to one of the few female fans in sight about being outnumbered.

“It’s a good position to be in,” Bridget Kerr told PIX11 News.

Her friend, Julieann O’Hagan, was asked to give the Yankees some advice.

“If you could stick to what you do, good pitching, good defense, and hit the home runs,” she said.

We did find one brave soul donning a Minnesota Twins jersey, hoping tonight’s the night the twins dismal post season performance against the Yankees comes to an end. The Yankees have beaten the Twins in four consecutive post-season battles dating back to 2004, plus one Wild Card game.