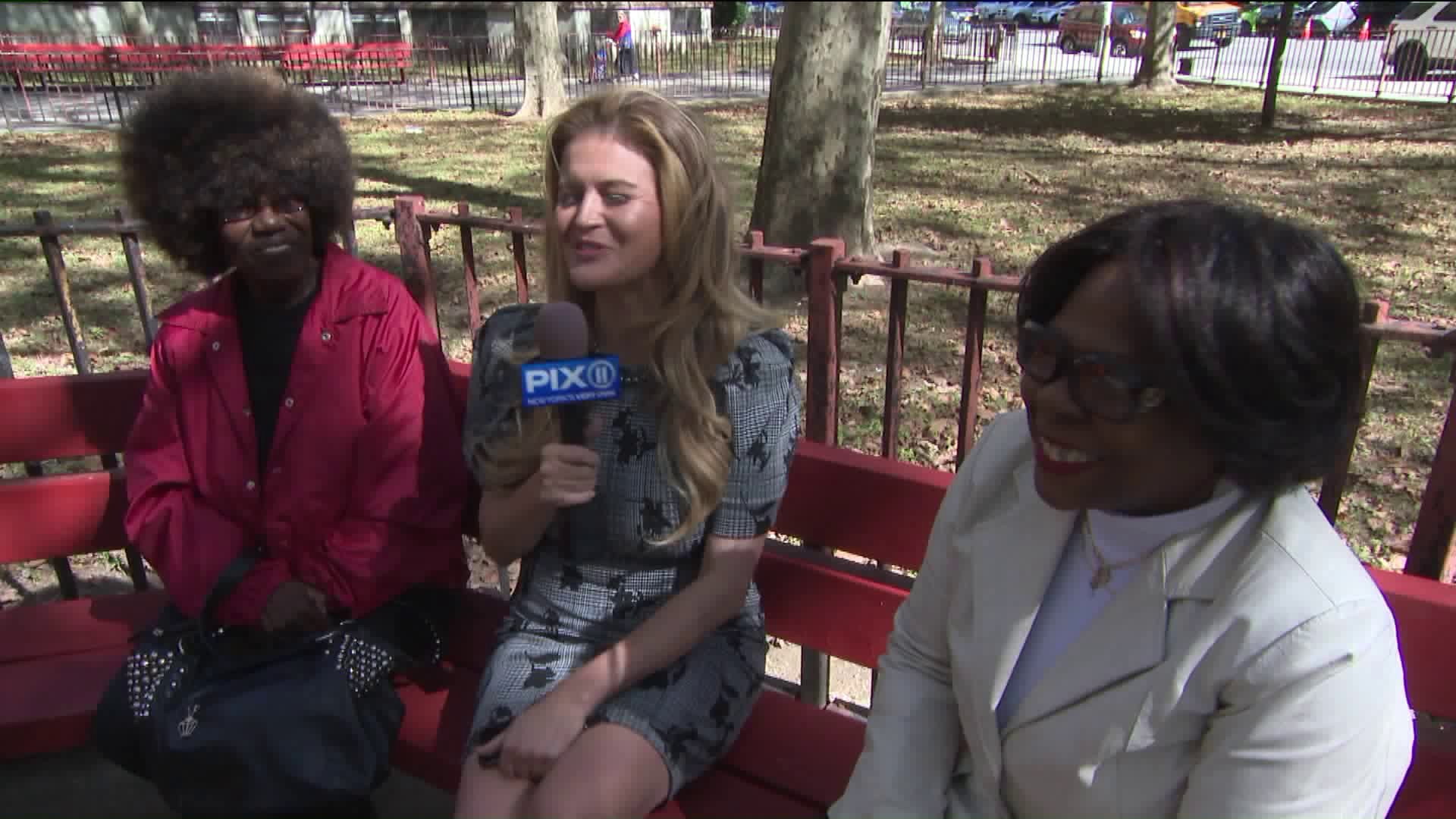 PIX11`s Monica Morales has been making it happen as always across the city this week.

Here's where she was this week.

Dreams for your grandkids

A Brooklyn woman's grandson just came into this world and she's worried about his safety in her home because her kitchen ceiling collapsed two weeks ago.

Rosetta Cochran said it's a miracle her grandson didn't want a bottle that night.

The ceiling was on the floor for four days before a New York City Housing Authority crew arrived to check out the situation, Cochran said. The crew covered the hole with plastic wrap and left.

"It's miserable living in housing when you've got water leaking all the time, roaches, rats and water bugs," she said.

"I don't want everything smelling like mold," she said.

Hours after PIX11 reached out to NYCHA, Cochran sent PIX11 video of a superintendent visiting their Sterling St. John Houses home and promising to fix her apartment

A NYCHA spokesperson said staff will be onsite Tuesday to repair the ceiling in the kitchen. Previously, repairs were made last month to address the leak.

A spokesperson said: “NYCHA prioritizes immediate health and safety concerns in our residents’ homes. We ask that all residents continue to use the MyNychaApp or call the Customer Contact Center at 718-707-7771 to create a work order ticket for any maintenance needs.”

An 82-year-old Harlem woman is heartbroken over the recent loss of her older sister.

Mozell Garrett was upset sister Mabel Scott was living in an apartment with so many problems. After Garrett's death, Scott's nephew reached out to PIX11 to help get repairs in the Corsi Houses apartment.

"It was her dying wish that we fix your apartment," he said.

"She was really upset I was living in a place like this," Scott said. "She was hoping they would hurry up and fix this. If you fix it, she will be resting in peace."

Scott has a plastic bag filled with paperwork and her complaint numbers. She said the issues have been going on for more than five years.

It turns out Scott's neighbors need some help, too. Corsi Houses Tenant President Allie Eason took PIX11 door-to-door to show us some of the problems. Lydia and Mario Lopez have chipping paint in their ceiling. Their kitchen cabinets are falling apart.

Families at a Harlem building want to cook food without using a hot plate, but they'd had problems for months because the gas has been out at their building.

“We are going to get everyone together and go downtown to 250 Broadway," Betty Gregory, 80, said. "Go to the office and make them give us something. If you want it, you have to fight for it."

She said she is beyond angry.
“People need their stove. They have got to cook. Don’t come up here with no hot plate. I will throw it back in the street,” Gregory said.

A NYCHA spokesperson says, "As NYCHA is working to restore gas at King Towers, we remain in close contact with residents and the tenants' association, as well as elected officials, regarding our progress. The health and safety of our residents is our top priority and we must take every precaution until the matter is resolved."