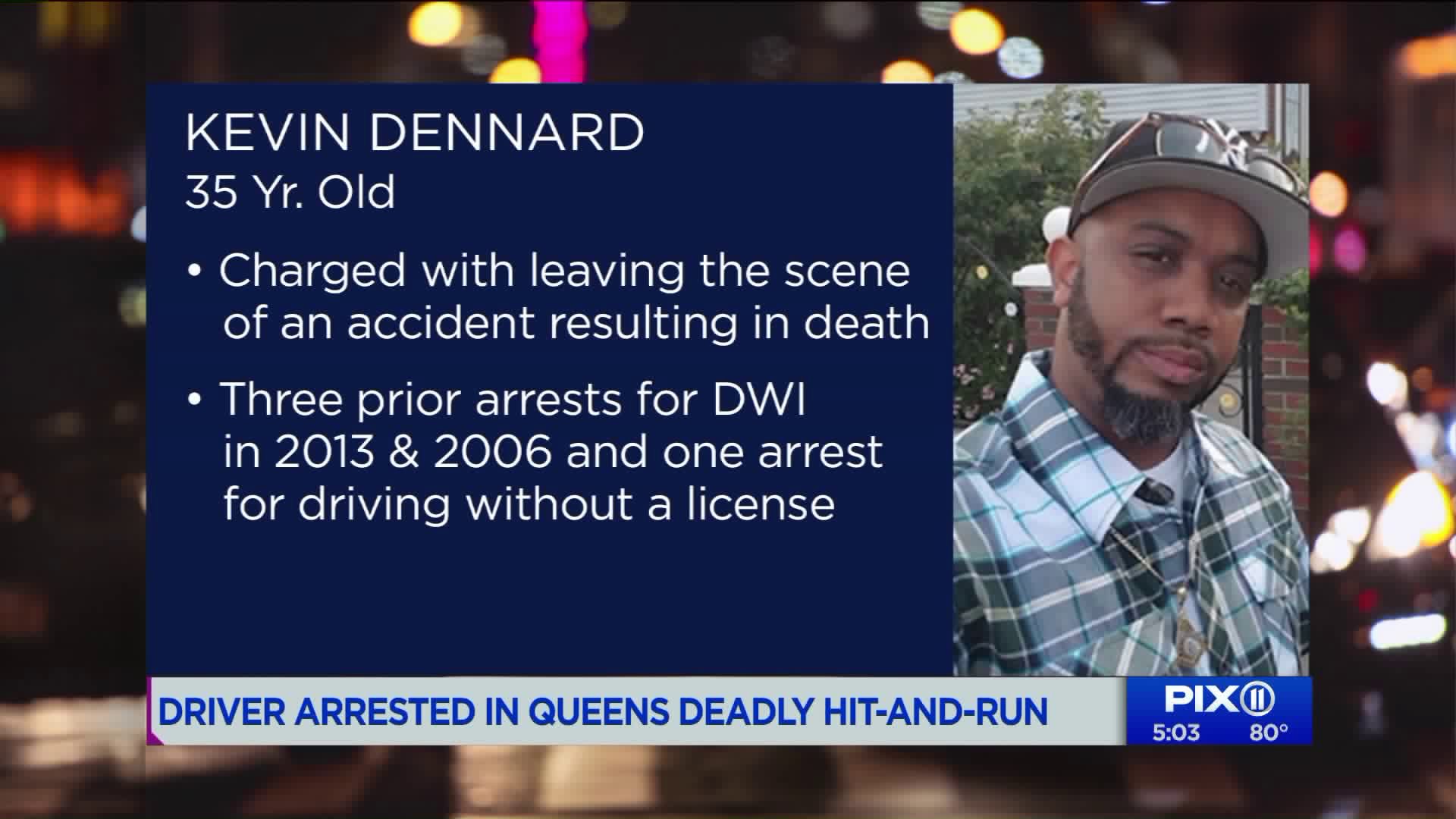 A man was found dead in a Queens intersection after apparently being struck by a vehicle that fled the scene early Tuesday, police said.

MEADOWMERE, Queens — A man was found dead in a Queens intersection after apparently being struck by a vehicle that fled the scene early Tuesday, police said.

According to authorities, around 3:40 a.m. the 65-year-old man was found unconscious and unresponsive in the road at the intersection of Rockaway Blvd. and Brookville Blvd. in the Meadowmere area of Queens.

Kevin Dennard was arrested in connection with the case.

He was pronounced dead on the scene.

Police said the man appears to have been struck by a vehicle that fled the scene.

The driver, Kevin Dennard, was taken into custody with the help of Nassau County police later in the morning, authorities said.

Dennard is 35 years old and charged with leaving the scene of an accident resulting in death. He has three prior arrests for DWI in 2013 and 2006 and one arrest for driving without a license.

AIR 11 was over the scene Tuesday morning where the the police investigation was causing noticeable delays and backups in the area just behind Kennedy Airport.