One prisoner still on the loose after inmates overpower guards, escape Ohio jail 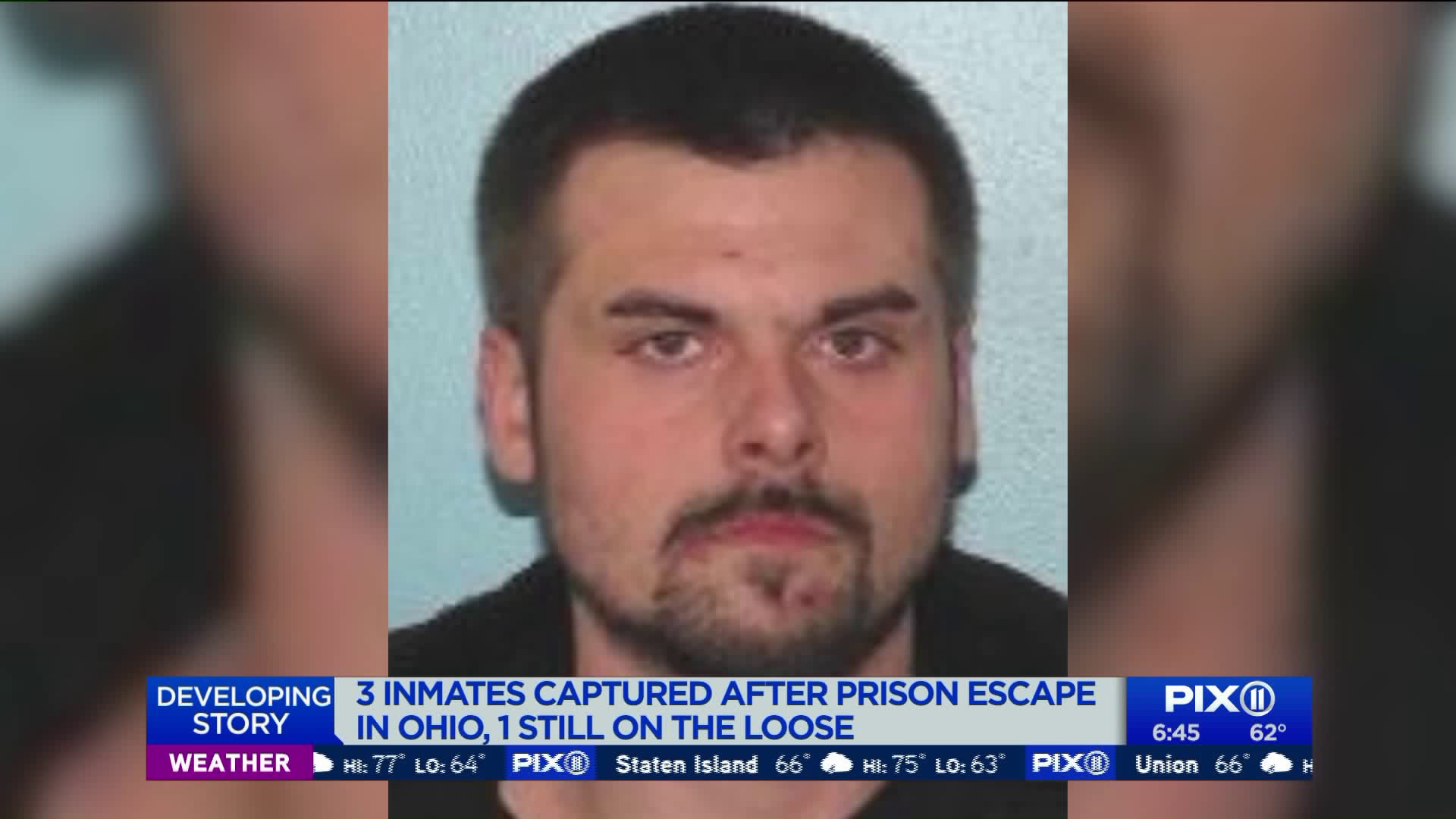 Three of four men who escaped an Ohio jail after overpowering two guards have been captured at a Red Roof Inn in North Carolina, authorities said early Monday. Brynn K. Martin, Christopher M. Clemente and Troy R. McDaniel Jr. were taken into custody in Cary, said Gallia County Sheriff Matt Champlin. Authorities believe the fourth inmate, Lawrence R. Lee III, accompanied the three men to North Carolina but was able to flee from officers when the others were arrested. He remains on the loose Monday morning.

OHIO — Three of four men who escaped an Ohio jail after overpowering two guards have been captured at a Red Roof Inn in North Carolina, authorities said early Monday.

Cary, North Carolina, is about 380 miles southeast of Gallia County in Ohio.

Cary police were alerted by the N.C. Highway Patrol that the four men were believed to be in the area of the hotel. When officers arrived, they were able to capture the three men without incident, according to Cary police.

Authorities believe Lawrence R. Lee III accompanied the three men to North Carolina but was able to flee from officers when the others were arrested.

"Investigators have worked continuously throughout the day and night since the incident occurred to follow up on tips and develop information which has led to the captures," Champlin said.

Cary police are asking residents to be on alert for Lee.

Lee, 29, is 5 feet, 9 inches tall and weighs about 187 pounds. He has brown hair and brown eyes. He was being held on charges of felony identity fraud, misdemeanor obstructing official business and misdemeanor assault.

They were able to force open a secured door and escape about 12:14 a.m. Sunday, the sheriff said. The inmates were labeled "extremely dangerous" and believed to have been helped in their escape by at least one person on the outside, the sheriff's office said.

The two corrections officers were not seriously injured during the escape, according to the sheriff.

One of the inmates, Martin, has escaped from the jail before, Champlin had earlier told reporters.

The inmates gained access to the administrative wing of the jail and stole the keys to a car belonging to one of the corrections officers, Champlin said.

They drove the car about one block away, where another car was waiting for them, according to Champlin.

US Marshals were offering up to $2,500 per inmate for any information leading to their apprehension, Champlin said.

The jail has experienced other escapes recently from the facility and transport vehicles, the sheriff said, adding the facility isn't equipped to deal with the volume and type of inmates it houses. Improvements are needed, Champlin said.

The jail was built more than 50 years ago, and the cells no longer lock because they were permanently opened in the 1980s or 1990s to make more space to house inmates, according to the sheriff.

No male corrections officers were working Saturday night. Two men who were scheduled to work called out sick, and three other male officers are out because they were injured at the jail recently, though not seriously, Champlin said, without elaborating.

Martin is 40, was being held on charges of felony breaking and entering, felony receiving stolen property, two counts of failure to appear and escaping jail.

Clemente is 24 and was being held on charges of indictment for two felony counts of complicity to trafficking in drugs.

McDaniel, 30, was being held on charges of failing to appear in Gallia County Juvenile Court for non-support of dependents.