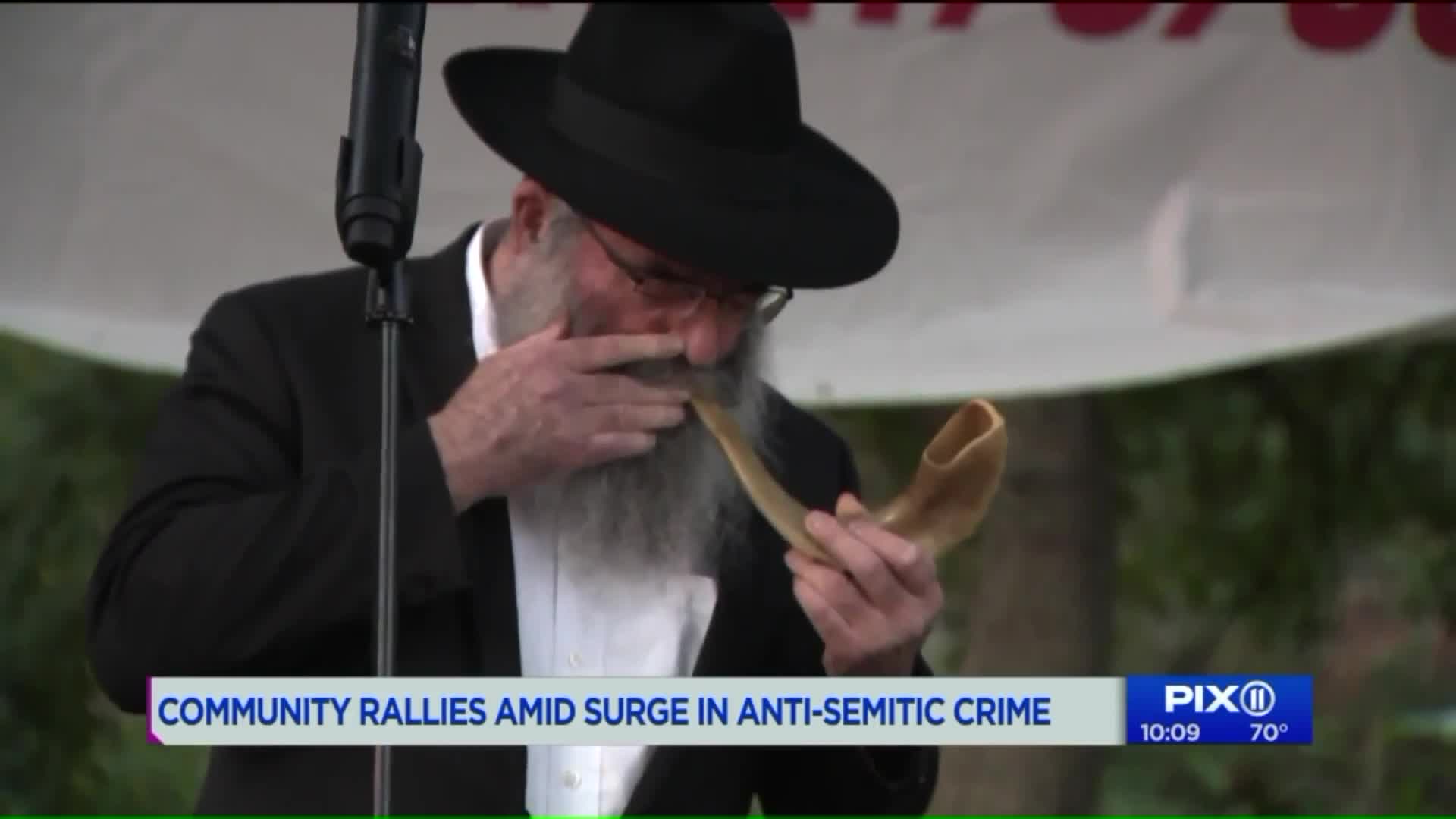 WILLIAMSBURG, Brooklyn — Police are looking for two teenagers they say slapped the religious hats off two Hasidic men on a Brooklyn street earlier this month in an apparent hate crime.

On Friday, September 20, the two Jewish men were standing on the corner of South 10th Street and Wythe Avenue in Williamsburg around 9 p.m., according to police.

Two teen boys approached the men and knocked their shtreimels off their heads before fleeing the scene on foot, authorities said.

Shtreimels are the fur hats worn by many married Hasidic Jewish men on Shabbat and Jewish holidays and festive occasions.

Police said there were no injuries reported but that the NYPD Hate Crimes Task Force is investigating the incident.

The attacks come amid a rise in anti-Semitic crimes across the city as a whole.

This past Wednesday, Jewish New Yorkers rallied against hate-based attacks, just days before the start of the Jewish high holiday Rosh Hashanah.

The first boy is described as about 15 years old with a medium build and dark hair. He was last seen wearing black pants, a black track jacket with stripes, white sneakers, and a black Rolling Stones t-shirt with a picture of a mouth on the front, police said.

The second boy is described by police as about 15 years old with a medium build and short, dark hair. He was last seen wearing black pants, a black t-shirt, and white sneakers, according to authorities.