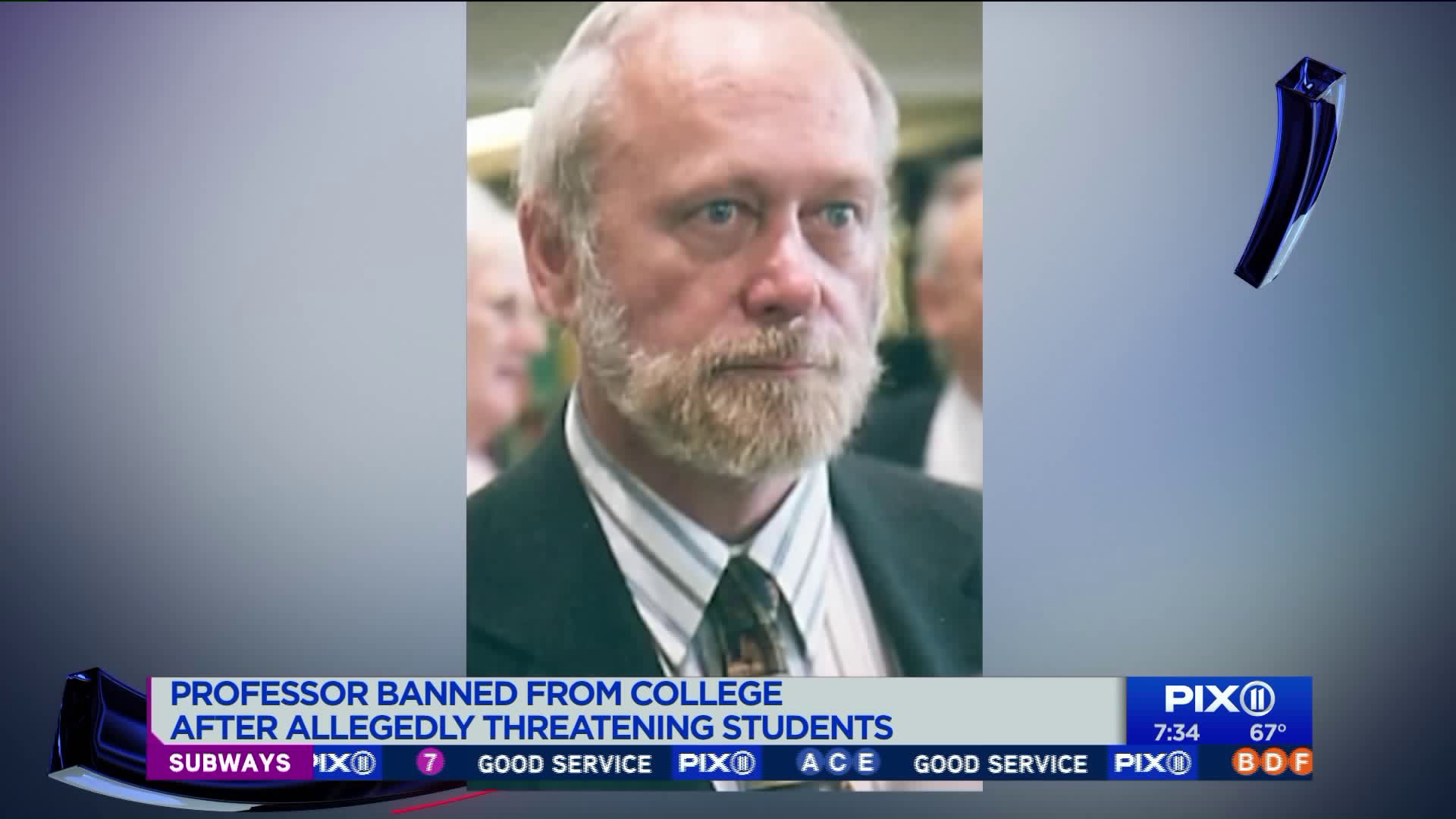 Staten Island psychology professor Richard Brower has been suspended and banned from Wagner College after he allegedly told a class that another group of his students were "hideous" and saying "If I had a gun, I would shoot every one of them in the head." The college issued an advisory to students Wednesday after the remarks were allegedly made Tuesday.

Psychology professor Richard Brower, 77, allegedly told students Tuesday, referencing another one of his classes, "If I had a gun, I would shoot every one of them in the head," according to the Staten Island Advance.

"It's shocking because this is a school. This is meant to be a safe space," Wagner student Alex Pennise told PIX11 News.

The Advance reported that the college sent out an advisory to students Wednesday afternoon about the alleged remarks, saying "according to the accounts of several students, a professor made disturbing remarks of a violent nature yesterday afternoon during a class. The students reported his remarks to our Public Safety office."

Samantha Chilworth, another Wagner student, expressed concern on the timing of administration's actions. "We didn't know about it until 24 hours after it happened. And anyone can walk onto this campus. He was in a classroom!"

"The college took immediate action, suspending the professor, escorting him off campus and banning him indefinitely," the administration's statement reportedly said.

An NYPD spokesperson told the Staten Island Advance that police are investigating the incident.