Advocates for homeless camp out at City Hall 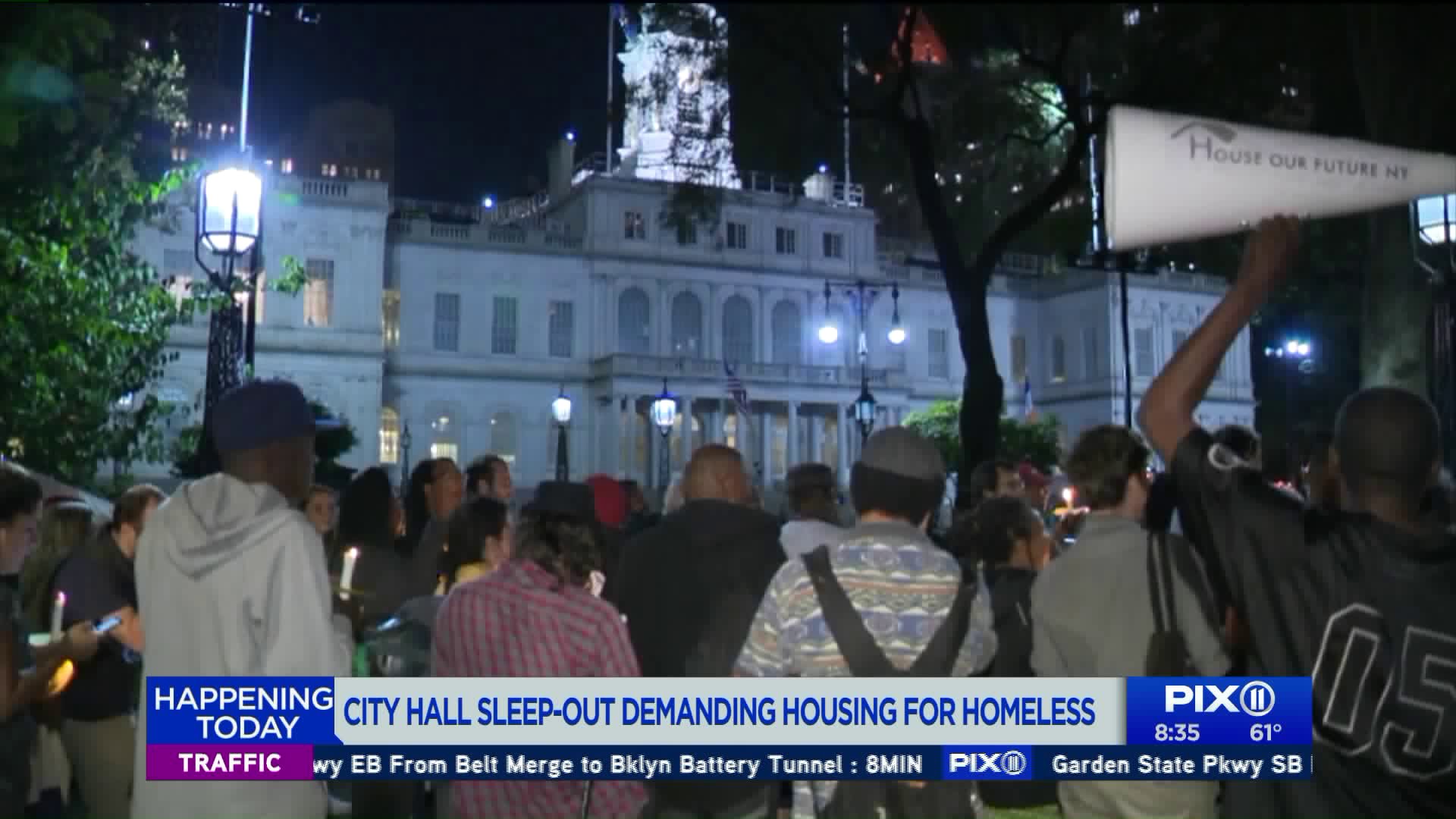 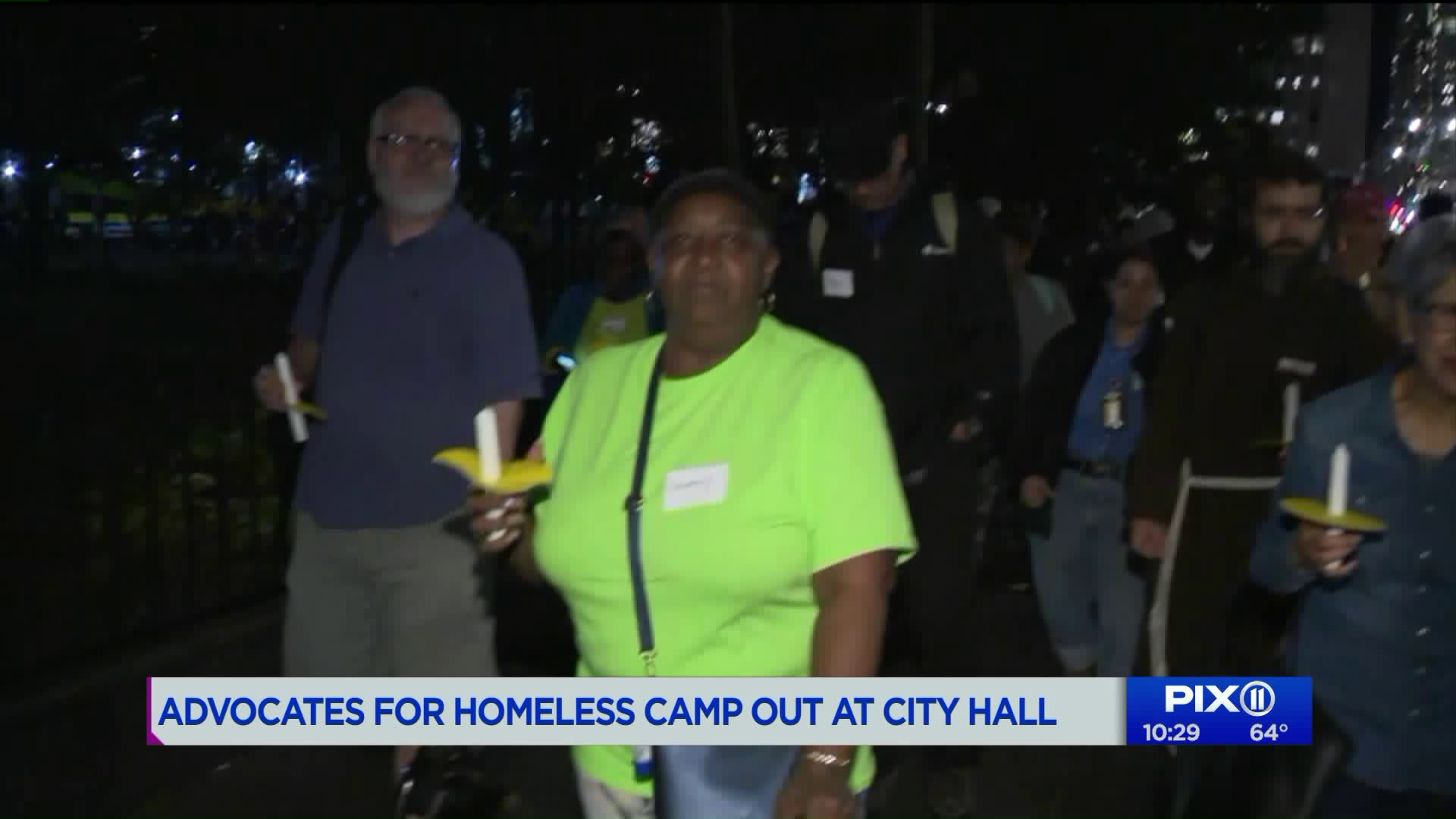 This was organized with a single goal: to get the attention of Mayor Bill de Blasio,who began talking about more affordable housing years ago.

“For the mayor to sign off on initiatives where people are making $100,00 a year a getting studio apartments where they’re only paying like 20-28 percent of their rent and at the same time, there are 70,000 or more people who don’t have a place to live, it’s not equitable,” said Leroy Alexander, who's formerly homeless.

“We have a housing crisis in this city. It’s impacting homeless New Yorkers the most. They are most in need of housing,” said Giselle Routhier, policy director for Coalition for the Homeless.

The fact is this is not a new issue. For the last several years, PIX11 has delivered comprehensive reporting of Mayor de Blasio’s pledges to address the affordable housing crisis.

In fact, almost 4 years ago in December 2015 — in his first term in office — the mayor said, “…our affordable housing program, 200,000 units, enough for half-a-million people… that will begin to show evidence next year. These tools will have an impact.”

Back at City Hall Park, this gathering of the homeless, advocates and volunteers was billed as a “sleep out” where attendees planned to camp out overnight, in the shadows of City Hall.

A spokesperson for the mayor's office said they will continue to work and ensure New Yorkers have a safe, affordable home.

“We’ve seen tremendous progress under Turning the Tide and Housing New York—two plans that work to provide secure, affordable housing for all New Yorkers— and we’re wholly committed to taking that progress further. Through our unprecedented investments in prevention efforts, legal services, rental assistance and rehousing programs, we’ve helped nearly 120,000 New Yorkers out of the shelter system and into permanent homes. We’ve also committed at least 10 percent of virtually all the new affordable housing created be set aside for homeless New Yorkers. Our work is far from over, and we will continue to use every tool at our disposal to ensure all New Yorkers have a safe, affordable permanent home.”