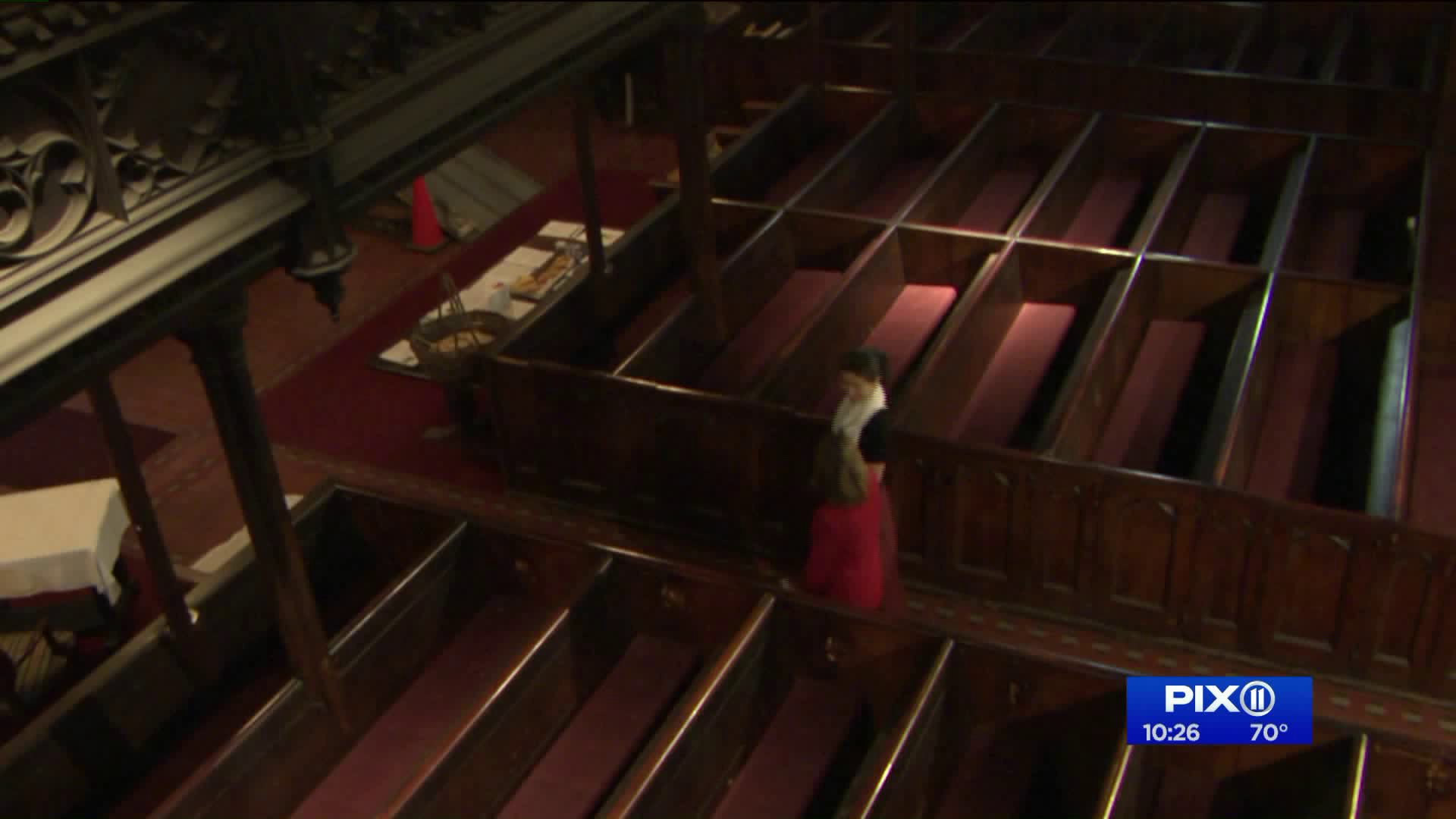 CHELSEA, Manhattan — On most Sundays at St. Peter's Episcopal Church, about 25 people show up.

The leadership of this historic 188-year-old church in the heart of Chelsea decided something needed to change if they were ever going to revitalize the church.

"What swayed me was her openness, just her candor. And the ideas she had for moving forward," vestry member Brian Crowson said.

Crowson described Reverend Christine Lee. The 47-year-old will become the head priest at the church on October 1st. She is the first female Korean American Episcopalian priest.

"I never ever thought I would become a priest," Lee said. Her father, a famous pastor in the Korean community, was her role model. But she never thought she could step into his shoes.

"I grew up in a church where there was only male priests and pastors. And so that's part of the reason why I felt like I don't think I could be a priest or pastor. I never saw women in those roles before," Lee said.

But Lee ignored her doubts and almost 10 years ago, she was ordained. She will be coming from All Angels' Church on the Upper West Side.

In addition to bringing ideas about expansion and engagement, Lee also wants to be relatable. She described her angel wings arm tattoo as a reminder, "...God is with me and God has made me to be a strong and powerful warrior."

Lee currently is training for the upcoming New York City Marathon. When she loops around Manhattan, she said she stops and prays at the gate of struggling Episcopalian churches.

"I have always been captured by this idea of renewal and restoration," Lee said.

Parishioners at St. Peter's Church are counting on that.