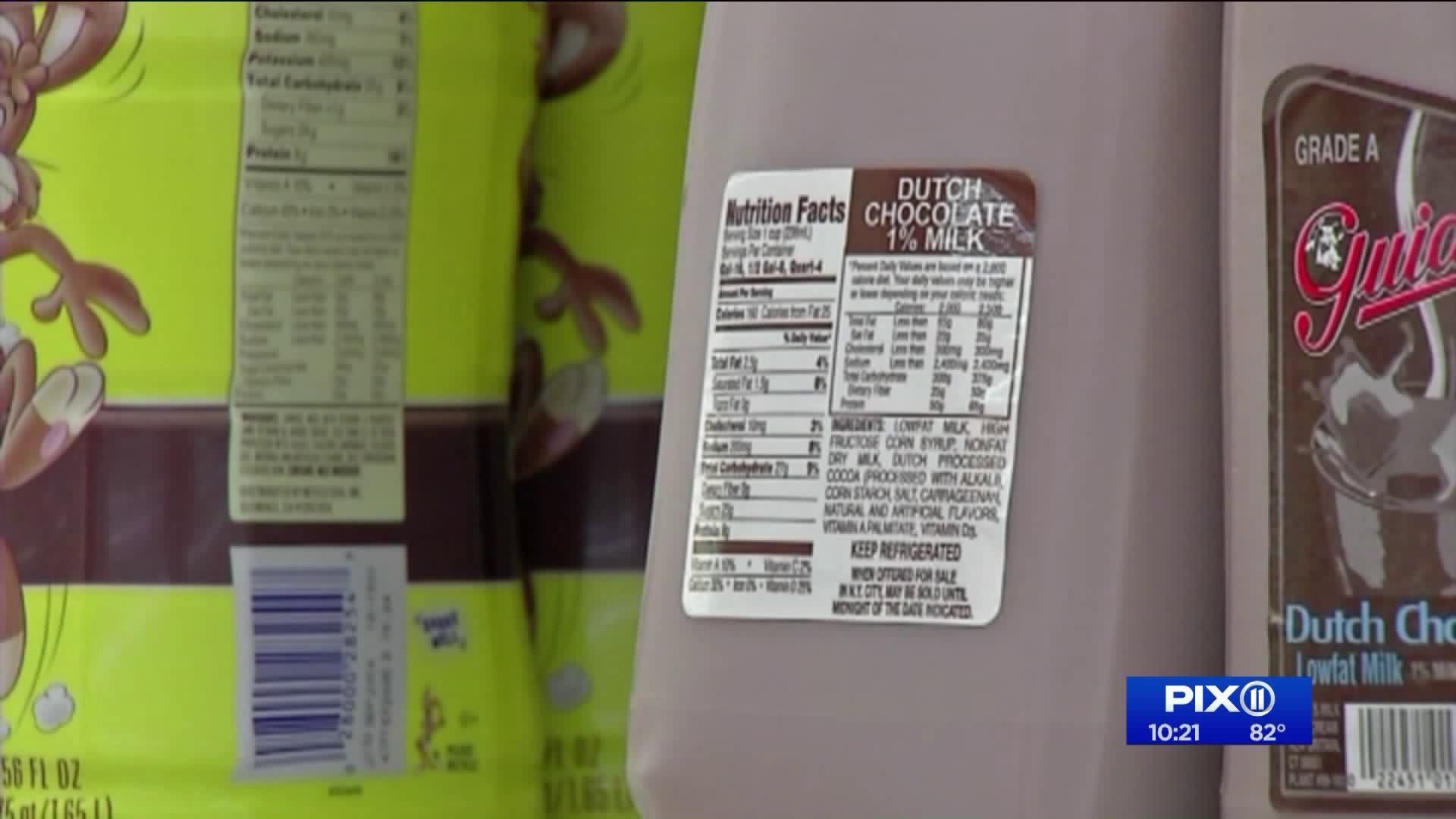 A debate is swirling over chocolate milk in New York City schools.

A debate is swirling over chocolate milk in New York City schools.

NYC Schools Chancellor Richard Carranza was asked about a possible ban on chocolate milk during a media availability after a visit to a school.

Some other districts in the country have removed food items with refined sugar. NYC Schools recently started “Meatless Mondays. Locally grown menus are a focus during "New York Thursdays."

“Hold on to your milk. We haven’t taken away the chocolate milk from the menu,” he said.

Information about food programs are available on NYC School website.

"With over 35 million apples and 7 million gallons of milk purchased locally every year, we're dedicated to increasing our support of the local economy," it states.

Outside a grocery store in Manhattan, some parents said schools should encourage moderation and also allow exceptions.

“No one wants to have a birthday avocado,” said one woman.

Chancellor Carranza is reviewing the idea and says the options at school should encourage a healthy life.

The New York Farm Bureau has sent a letter to the chancellor’s office asking the city to drop the idea. In the letter, the bureau president expresses the belief that flavored milk is important to encouraging a healthy diet.

NYC Department of Education officials will continue to discuss issues with students and parents.

“Our priority is the health and well-being of our students, and every day, we offer a variety of healthy, delicious, and free meal options including dairy products. No decision has been made about chocolate milk,” said Spokesperson Miranda Barbot.