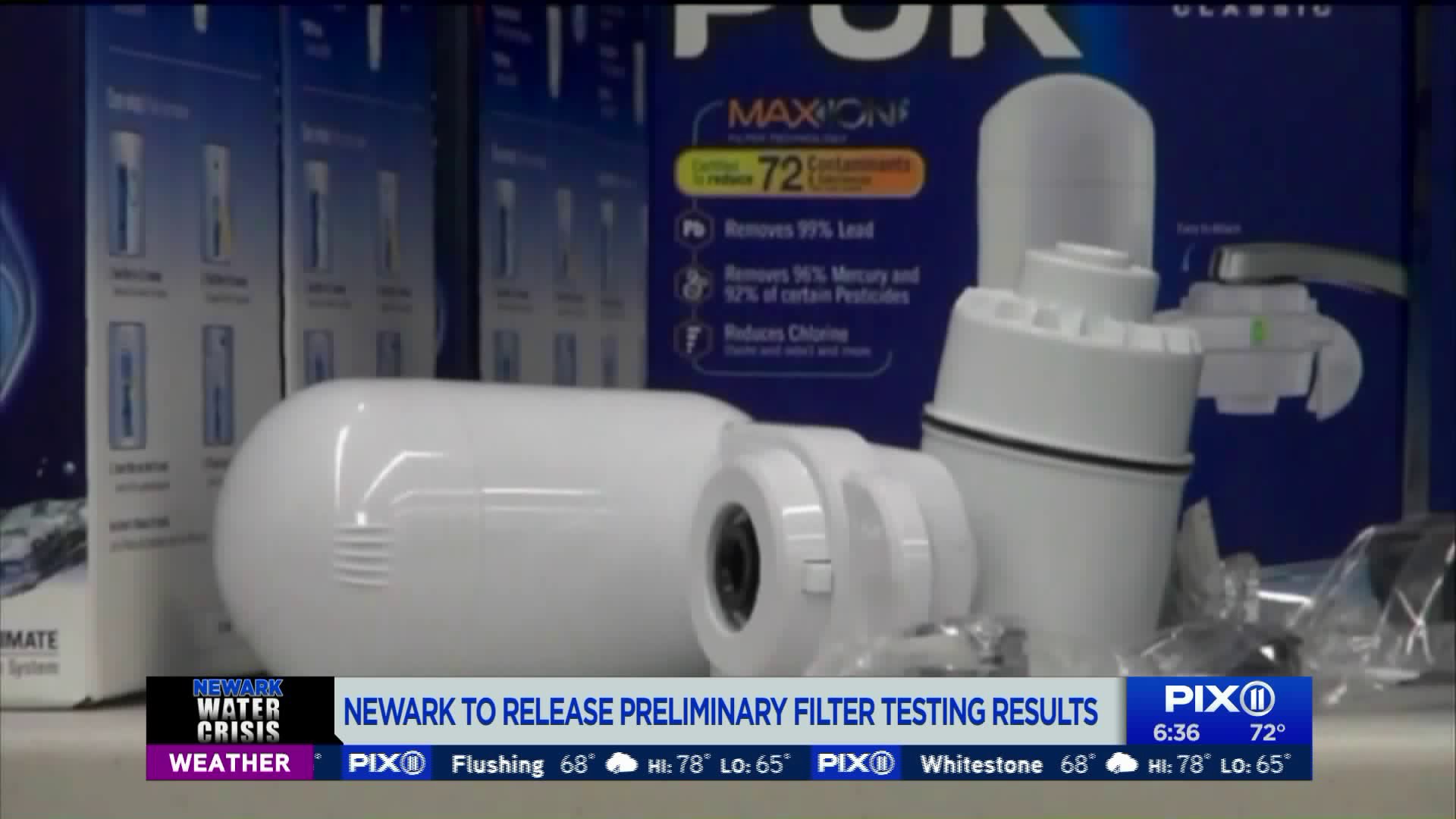 Newark Mayor Ras Baraka, Gov. Phil Murphy and other elected officials are releasing the results of new lead testing at a 1 p.m. press conference on Monday at Newark City Hall.

Since August, 29,000 families in 14,000 households have relied on bottled water after an initial sampling of three water filters found two were not adequately removing lead.

The filters are nationally certified and have worked in other cities.

In response to the sampling, Newark expanded testing to more than 200 homes and is releasing those results on Monday.

Mayor Baraka told PIX11 in early September that he’s hoping the city will resume filter distribution if the test results are promising.

The filters, however, are still just a temporary fix for Newark’s nearly three-year water crisis. The city is scrambling to replace thousands of old lead service pipes over the next two years. The pipes have been leaching lead into resident’s water, mainly for those served by the Pequonnock water system.

Last week, Congress passed the Water Infrastructure Funding Transfer Act, which would afford Newark $100 million to fix its water crisis. President Trump has yet to sign the bill into law.