Man hit by train, killed when he jumped on tracks while holding daughter in the Bronx: police 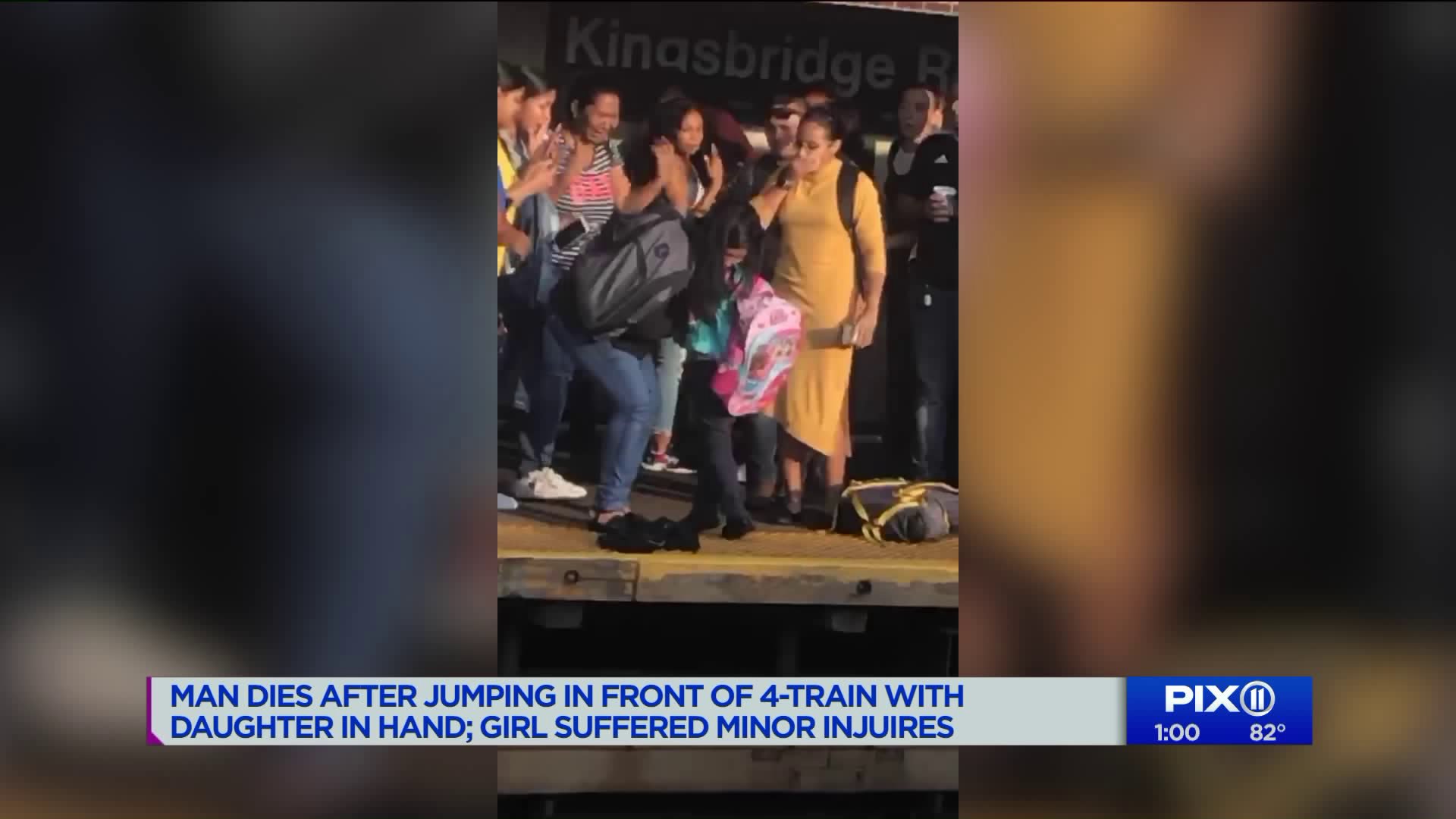 A man died Monday when he jumped in front of an oncoming subway train in the Bronx with his child, according to police. 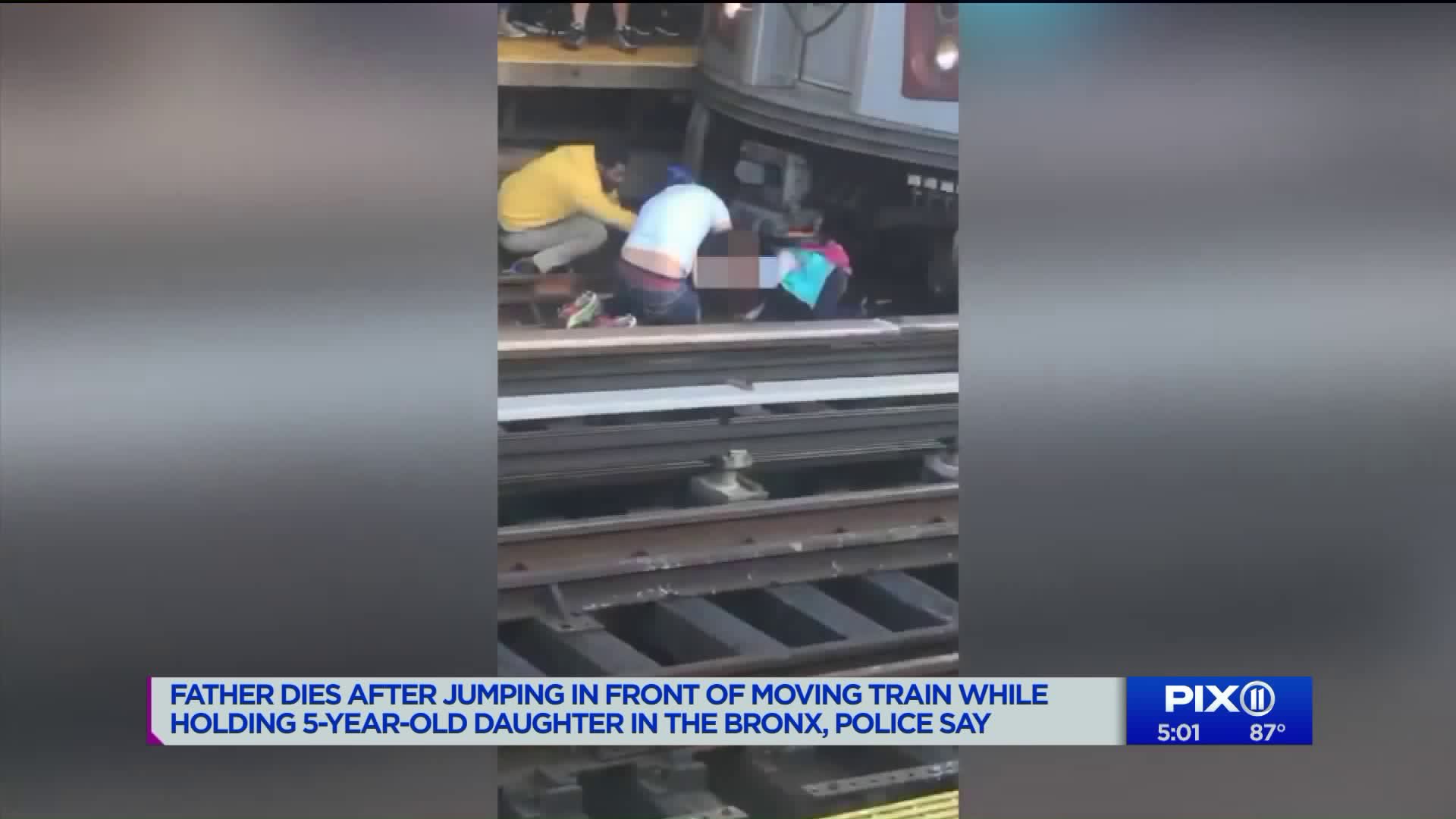 KINGSBRIDGE HEIGHTS, the Bronx — A man died Monday when he jumped in front of an oncoming subway train in the Bronx with his child, according to police.

Authorities said the man jumped in front of an oncoming Manhattan-bound No. 4 train at the Kingsbridge Road station while holding his 5-year-old daughter.

He was pronounced dead at the scene, according to officers.

"I watched as that train came around that corner and I saw as the man jumped and I see the little feet hanging out," said a witness, Jennifer Hub, who described "at least 20, 30 people screaming" as the chaotic scene unfolded.

As the train came to a halt, people jumped onto the tracks to rescue the child, who was safely lifted to bystanders on the platform.

"Thank God above," said the shaken Hub, a mother of four who had just dropped her own 6-year-old off at school.

Police said the daughter survived, and a photo provided to PIX11 News shows her alert and seemingly crying while being held by an FDNY official at the scene.