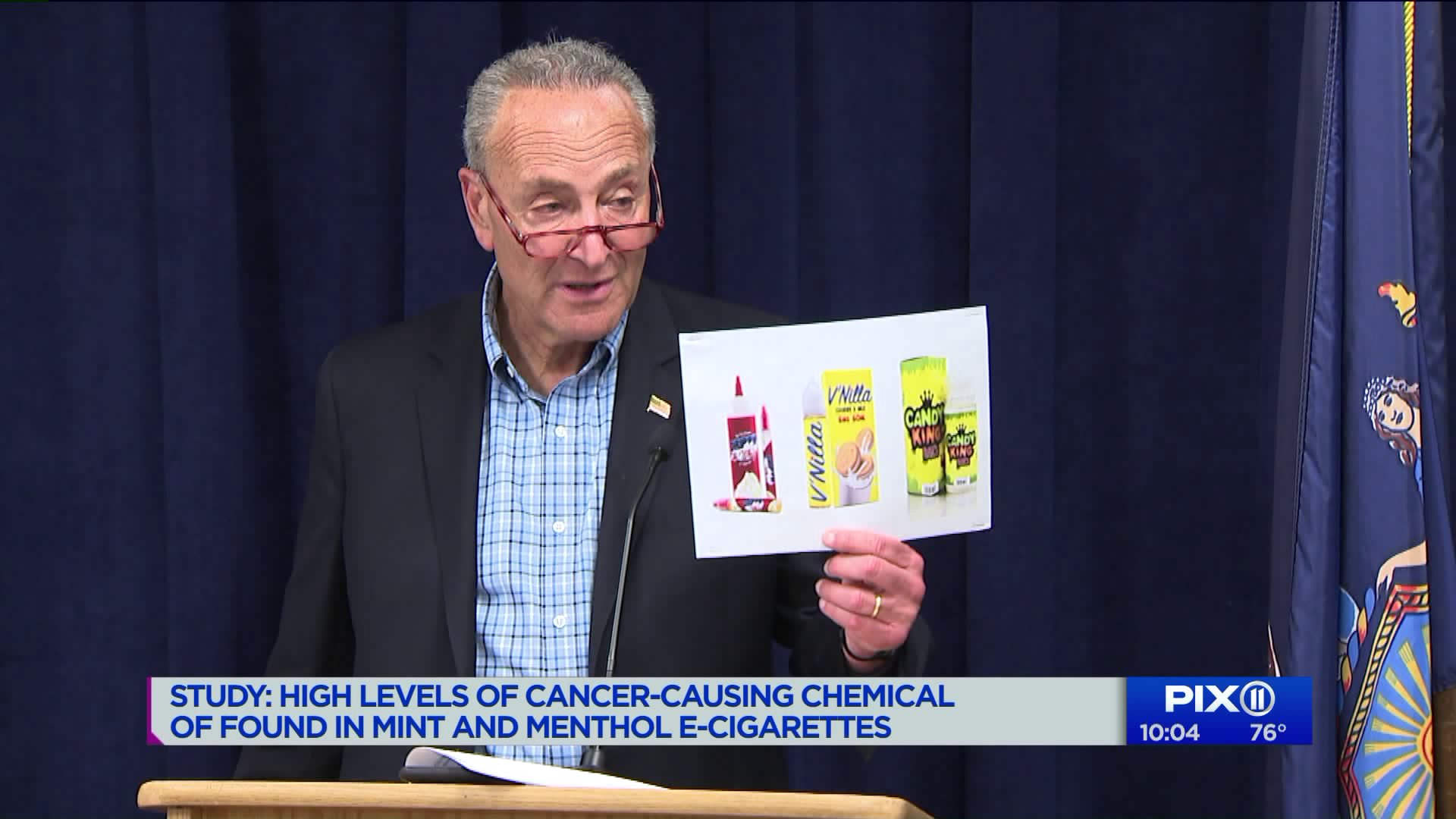 The great "vapocalypse" has begun and the horsemen leading the charge are from New York and Michigan. The news that both states have banned the sale of most flavored e-liquids set off alarms in the vaping community, and led some vaping enthusiasts to stock up on flavors like Dinner Lady Lemon Sherbet, Vapetasia Killer Kustard and Aqua Sweet Cereal Milk.

The great "vapocalypse" has begun and the horsemen leading the charge are from New York and Michigan.

The news that both states have banned the sale of most flavored e-liquids set off alarms in the vaping community, and led some vaping enthusiasts to stock up on flavors like Dinner Lady Lemon Sherbet, Vapetasia Killer Kustard and Aqua Sweet Cereal Milk.

The motivation for this vape stockpiling is similar to people who load up on weapons following challenges to the Second Amendment, according to a firearms historian CNN spoke with.

Corinne Gaines, 30, of Maryland, decided to stockpile because of her health and President Donald Trump, who has flirted with the idea of banning flavored vaping products. So far, Gaines has dropped $100 on an assortment of fruity flavors like Apple Twist and Amazing Mango. Her collection should last eight months.

"I've gotten sinus infections and walking pneumonia from smoking cigarettes. I tried to quit many times using nicotine products such as the patch and gum and was never able to do so until I started vaping. I have never gotten sick from vaping," Gaines said. "I believe the Trump administration's ban on flavored e-liquids and cartridges is ridiculous and unnecessary."

Gaines was one of a dozen people who shared photos of their hauls on Reddit's vaping forum over the past two weeks. The photos included one from a 29-year-old Georgia man who has stockpiled 400 milliliters so far thanks to a sale he spotted and another from a Nebraska man who spent $75 on 400 milliliters of nicotine-flavored juice that should last four months.

The cloud of uncertainty surrounding the future of vaping in the US has spurred stockpiling among users afraid of returning to cigarettes. This concern was echoed by Gregory Conley, president of the American Vaping Association, a nonprofit advocacy group, who commended nicotine addicts for preparing for the worst.

"It's a moral imperative to disobey unethical laws and they're going to fight and not relapse back to smoking," Conley said. "These are the type of hardcore former smokers who if they can't access nicotine in a way that they enjoy, they are heavily at risk to going back to smoking."

Sen. Chuck Schumer is sounding the alarm on a major loophole in the ban.

“There is no doubt that as the FDA finalizes a ban on kid-friendly e-cigs that the agency will be met with intense pressure by the industry to water it down as much as possible, so the message to the FDA today is: do not cave,” Schumer said. “If we are going to tackle the all-out epidemic of youth vaping and the flavor explosion fueling addiction and related health issues, the feds cannot go vanilla on a flavor ban. They have to get it right the first time. And that means limiting and tightening exemptions so companies can’t escape the intent of the policy and bring us right back to square one months down the road.”

He wants to make sure the Trump administration comes down hard on companies that make flavored cigarettes.

While the link between cigarettes and lung cancer has been well documented, information on vaping's health consequences is nascent. An outbreak of a vaping-related illness in the US has left hundreds sick and some dead.

The CDC says that e-cigarettes should never be used by youth, young adults pregnant women or adults who don't already use tobacco products. The American Lung Association recently warned that "e-cigarettes are not safe" and can cause irreversible lung damage and disease.

As of September 19, there have been 530 cases of lung injury from vaping reported from 38 states and 1 US territory. Vaping has accounted for seven deaths in six states, according to the CDC. In comparison, cigarette smoking will account for roughly 480,000 deaths this year in the US, the CDC added.

While New York and Michigan hope the ban on certain e-cigarettes will stymie use among children, Mike Helms, a firearms historian, believes these decisions may have unintended consequences. Helms said he suspects that the proposed bans may lead to a rise in a flavored e-liquid black market and accelerate stockpiling. This sort of acceleration has been well documented in the firearms community, Helms said.

The psychology of stockpiling

"Bans often inspire a knee-jerk reaction from the people they affect the most," Helms said. "I don't know if the proposed ban on flavored vaping fluid evokes this sort of response. I suspect it does for at least a small number of people. Vaping is not protected in the Bill of Rights, certainly not in the same way that guns are."

In the 1970s, the movement to ban handguns, and the popularity of the "Dirty Harry" movie franchise, helped boost handgun sales, especially for large-caliber revolvers like the Smith & Wesson used by the "Dirty Harry" characte, Helms said.

In the mid-1980s, the desire to ban Glock pistols was based on the government's own paranoia that the polymer-based firearms would be "invisible" to X-ray machines at airports, Helms said. This resulted in an unprecedented sales boost for polymer-framed handguns, he said.

The use of an AR-15 during the Sandy Hook Elementary School shooting in December 2012, saw the price of the rifle skyrocket, Helms said.

Democrat Rep. Tom Suozzi and Republican Rep. Pete King, both of New York, have written federal legislation calling for a federal ban on flavored e-cigarettes and a tax on e-cigarette products equivalent to $3 per pack. The bill, titled the Quell Underage Inhaling of Toxic Substances (QUITS) Act, was introduced Thursday.

"Too often our children and adolescents are being exposed to the dangers of nicotine addiction," King said in a statement. "It is imperative that Congress explore means to end this epidemic and ensure the well-being of our youth. I am proud to work with Rep. Suozzi in this effort."