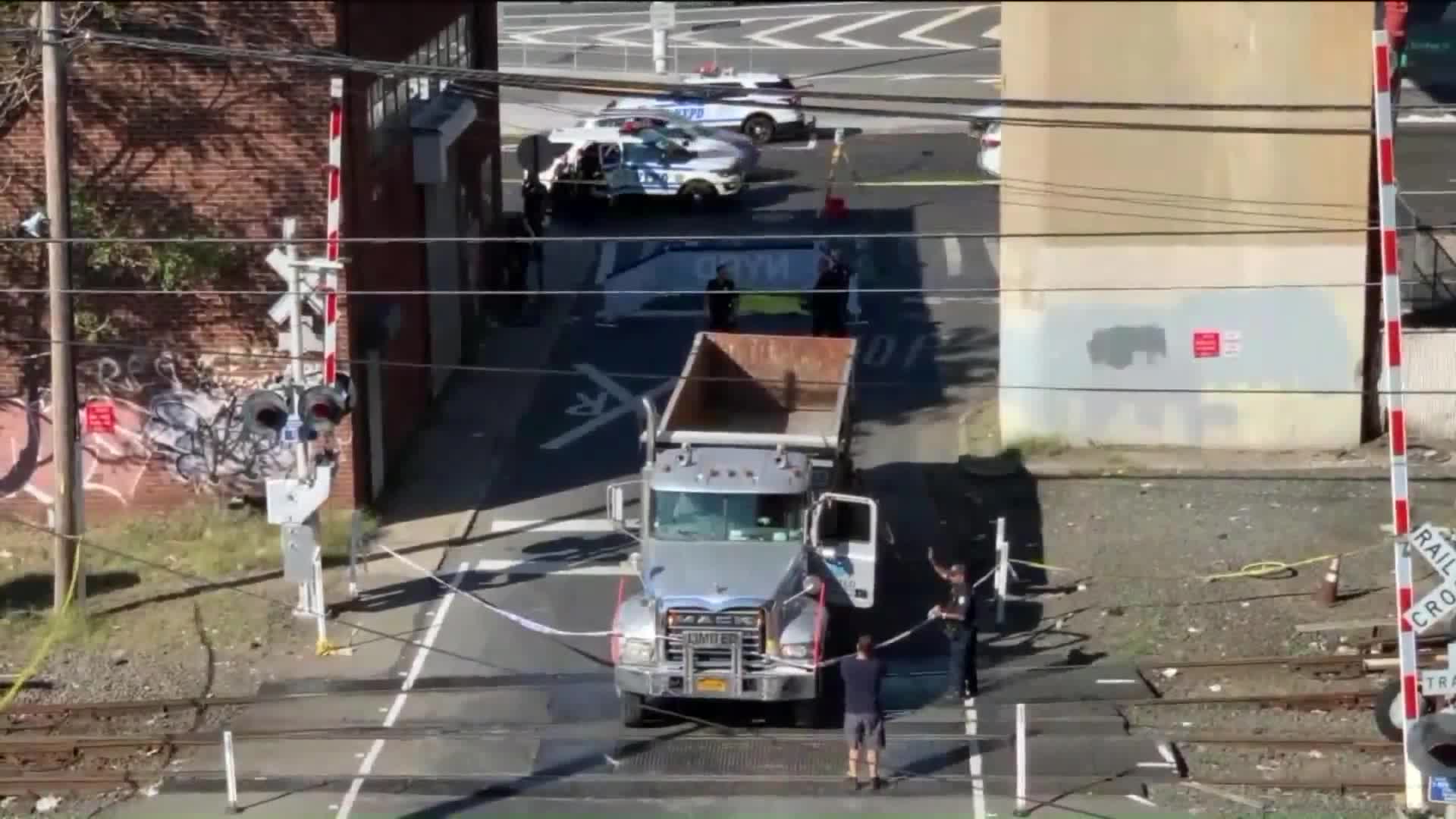 LONG ISLAND CITY, Queens — A teenager was hit by a truck and killed while riding a bicycle in Queens, police said Saturday.

According to authorities, Mario Venezuela, 14, was riding his bicycle eastbound on Borden Avenue in Long Island City alongside a truck at around 1:55 p.m. when a 33-year-old driver made a right turn onto 11th Street and struck Venezuela.

Venezuela was pronounced dead at the scene.

The driver of the vehicle remained at the scene. No arrests have been made.

“Too many cyclists have lost their lives in our city and not enough is being done to keep them safe. Mario Venezuela is already the 21st cycling death this year," he said in a statement. "I am in contact with NYPD to learn more about what went wrong in this case but one thing is clear: we must do more to keep our streets safe.”

“I am sad but also angry to learn that a 14 year old cyclist from Astoria was killed by a truck earlier today on Borden Avenue in LIC," said City Council Member Jimmy Van Bramer. "I had contacted NYC DOT before Robert Spencer was killed on Borden Avenue in March and then again afterward to plead for action. Now a very young man is dead. When will NYC DOT start treating this like the emergency it is? This is the 21st cyclist killed this year in NYC and the second in this area of LIC. It demands radical action!”