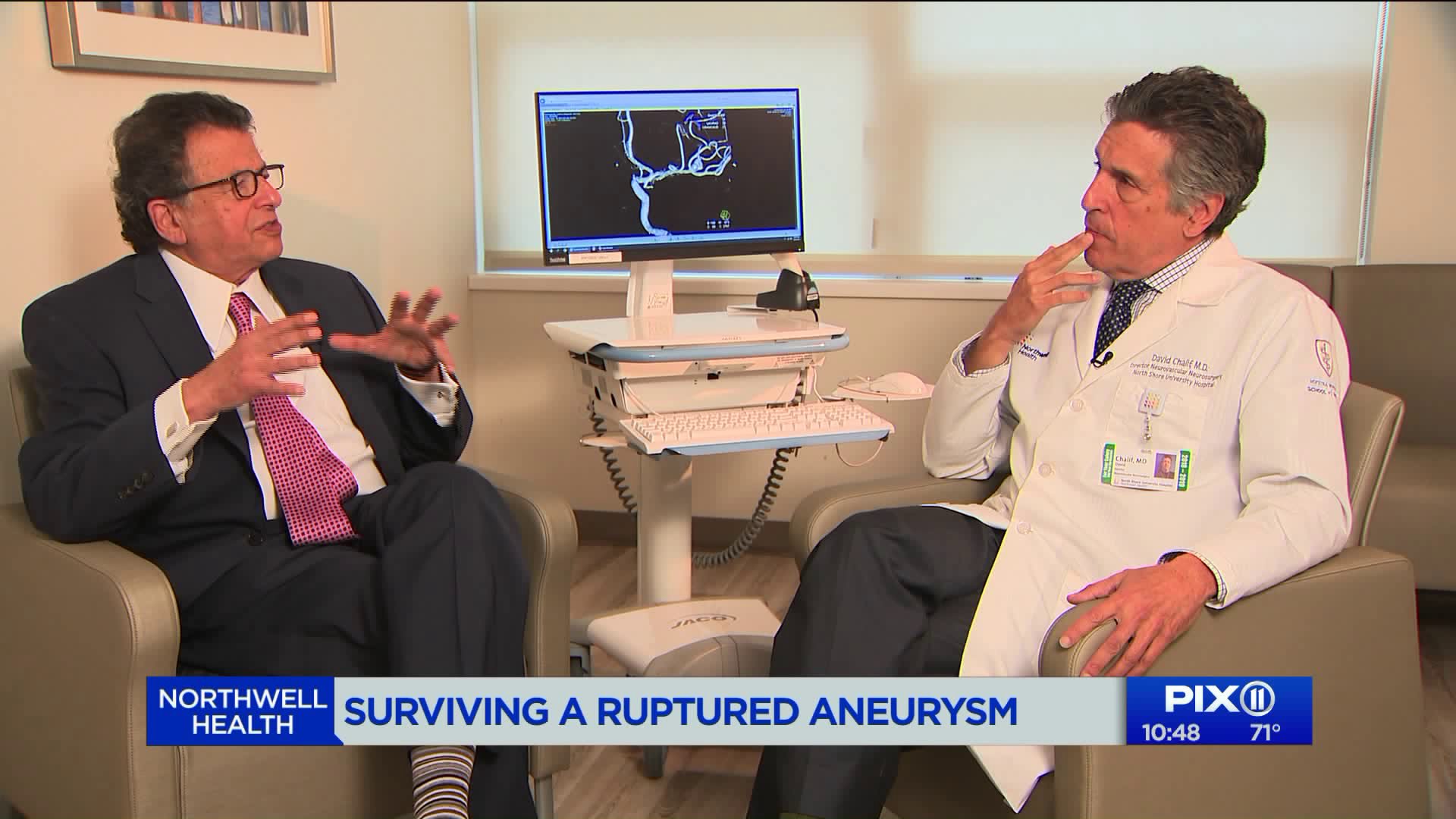 Ruptured brain aneurysms affect roughly 300 thousand people in the US.According to the Brain Aneurysm Foundation, around 6 million people are living with aneurysms that havent ruptured and 80 percent probably never will.

According to the Brain Aneurysm Foundation, around 6 million people are living with aneurysms that haven't ruptured and 80 percent probably never will.

But what happens when it does? We’re hearing one young lady's emotional story of surviving a ruptured brain aneurysm and learning what she did right to save her life.

Luisina Alonzo was a healthy, 17-year-old ballet dancer when her life came to a stop, her brain aneurysm ruptured.

“When I closed my eyes that's when I started to feel that thunder going on in my brain. I panicked, grabbed my head and was screaming like I was on a roller coaster.”

Her parents rushed her to North Shore University Hospital, where Dr. David Chalif took over.

“Luicina had a subarachnoid hemorrhage, her description is text book, worst headache of her life, stiff neck, nausea and vomiting,” he said. She was brought right into surgery.

“After we clipped that aneurysm, we did a second angiogram that showed it was obliterated.”

Dr. Chalif says her family's fast action helped save her life by getting her to an emergency room immediately.

What is an aneurysm? It is a thin fragile unstable bubble on an artery at the base of the brain.

Dr. Chalif says when they reach a certain size, they have the propensity to rupture.

“It's not just a cut when an aneurysm opens or ruptures, that's an artery.”

Thirty percent of people who have a ruptured aneurysm will die, another 30 will be left with a disability and the other 30 fare well.

“If someone has a severe headache out of the blue, severe nausea and stiff neck, get medical attention and get to an emergency room.”

It's estimated that 6 million people are living with aneurysms, but only certain people are screened for them.

“Now we only screen patients with certain kidney diseases that are afflicted with aneurysms or patients who have strong family histories.”

More women than men have ruptured aneurysms, the average age between 55-57. Luicina was not the norm, but says it gave her a new outlook on life.

“That pain woke me up, if that pain did not wake me up I would be asleep for a long time, it’s best experience I've ever received in my life.”

If you'd like to find out more about brain aneurysms and the technological breakthroughs in treatment at Northwell Health, we have an included an extended interview with Dr. Chalif below.