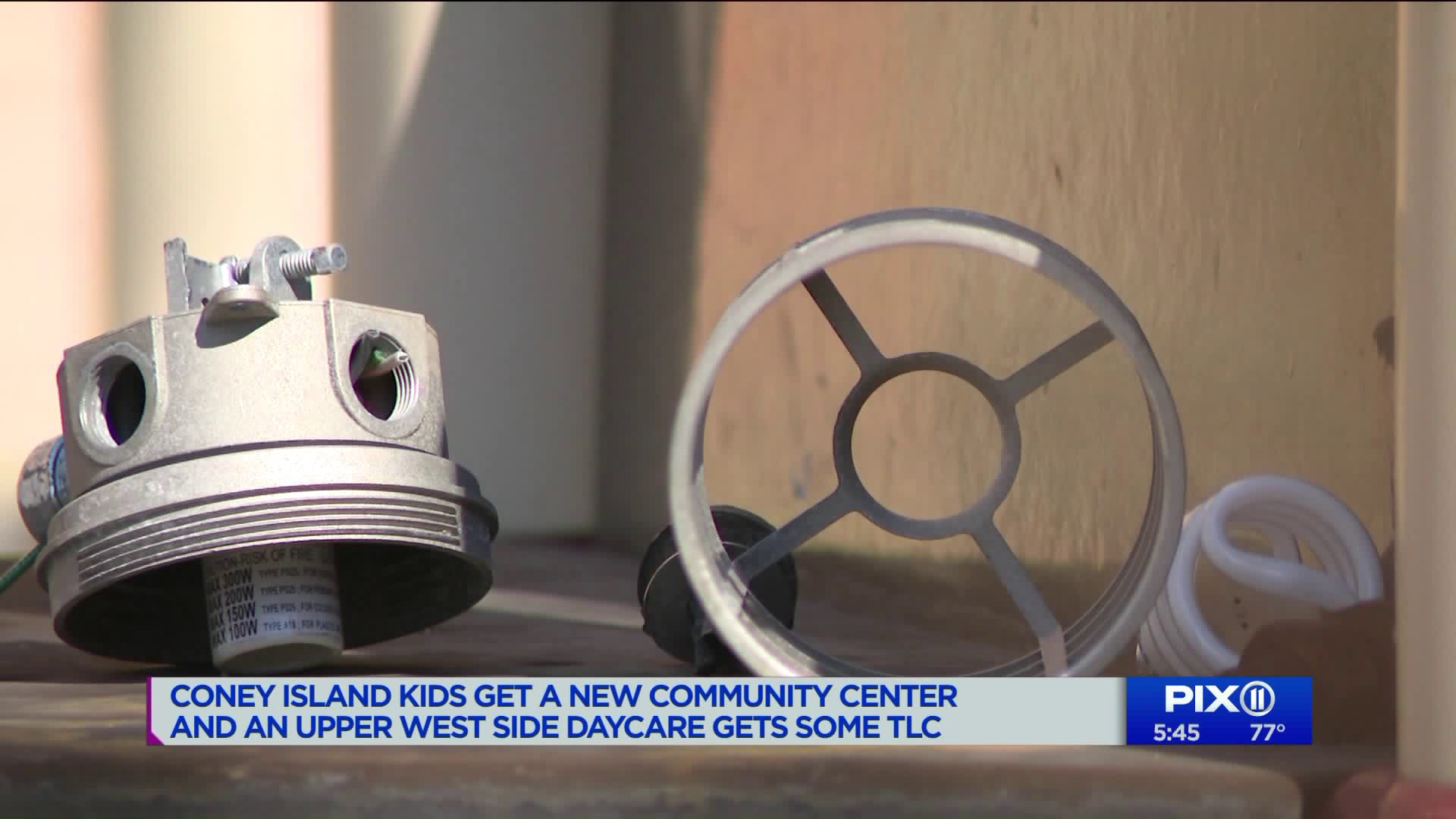 It`s follow up Friday, as we take a look at what PIX11`s Monica Morales has been doing to help NYCHA families this week.

It`s follow up Friday, as we take a look at what PIX11`s Monica Morales has been doing to help NYCHA families this week.

Back in April, families gathered just outside what used to be the Surf Side gardens community center Monday morning, many of them want to know when the Center will be reopened.

“Can you please speed up the work? The kids need their center back,” said Sanrashia Fee.

Fee lives at the the Surfside gardens houses next door.

Fee says she remembers when the entire area was underwater and their community center and playground destroyed, devastated by Superstorm sandy.

The center was a place where kids and seniors had programs.

The New York housing authority is the city agency in charge of building it back.

Councilmember Mark Treyger says the City has some explaining to do.

“My message to the mayor is I’m sure the pancakes in New Hampshire are very tasty but you are still the mayor of nyc do your job here,” said Treyger.

Treyger says over 60 million dollars was given from the federal government , Fema, to NYCHA to get it done. And families were promised by the city it would be open by the fall of 2017.

Monday Mayor De Blasio and the interim CEO of NYCHA Kathryn Garcia were asked about the hold up.

“We have identified a provider and we are waiting for them to sign a lease with us so that they can take over the facility,” promised Garcia Monday.

A NYCHA spokesperson says “We are extremely pleased that repairs and renovations to Surfside Community Center are near completion, and we are looking forward to opening the doors for all to enjoy, once the lease is finalized with the community partner.”

The city Comptroller”s office says they will be looking into this story. The community was opened in September.

Meanwhile, several wet mats on the floor and leak in the lobby were found when PIX11 visited the Douglass Houses on the Upper West Side at 826 Columbus Avenue on Thursday.

“This leak has been here ever since I have been here for years. Housing doesn’t do anything about the leaks," complained Zeny Malik, who lives at the Douglass Houses. "They fix certain things and will patch it up for a while,”

PIX11 also found a leak in the open door childcare center, where 85 kids Between the ages of 2-5 years old come to daycare everyday.

“Safety is our top priority and Open Door Child Care Center will close tomorrow, Friday September 20, so repairs can be made and it will re-open on Monday morning," a DOE spokesperson told PIX11. "We have notified all families.”

“Staff is scheduled to address the leak affecting the center and lobby and will follow up to complete any subsequent repairs," a NYCHA spokesperson said. "We ask that all residents continue to use the MyNychaApp or call the Customer Contact Center at 718-707-7771 to create a work order ticket for any maintenance needs.”