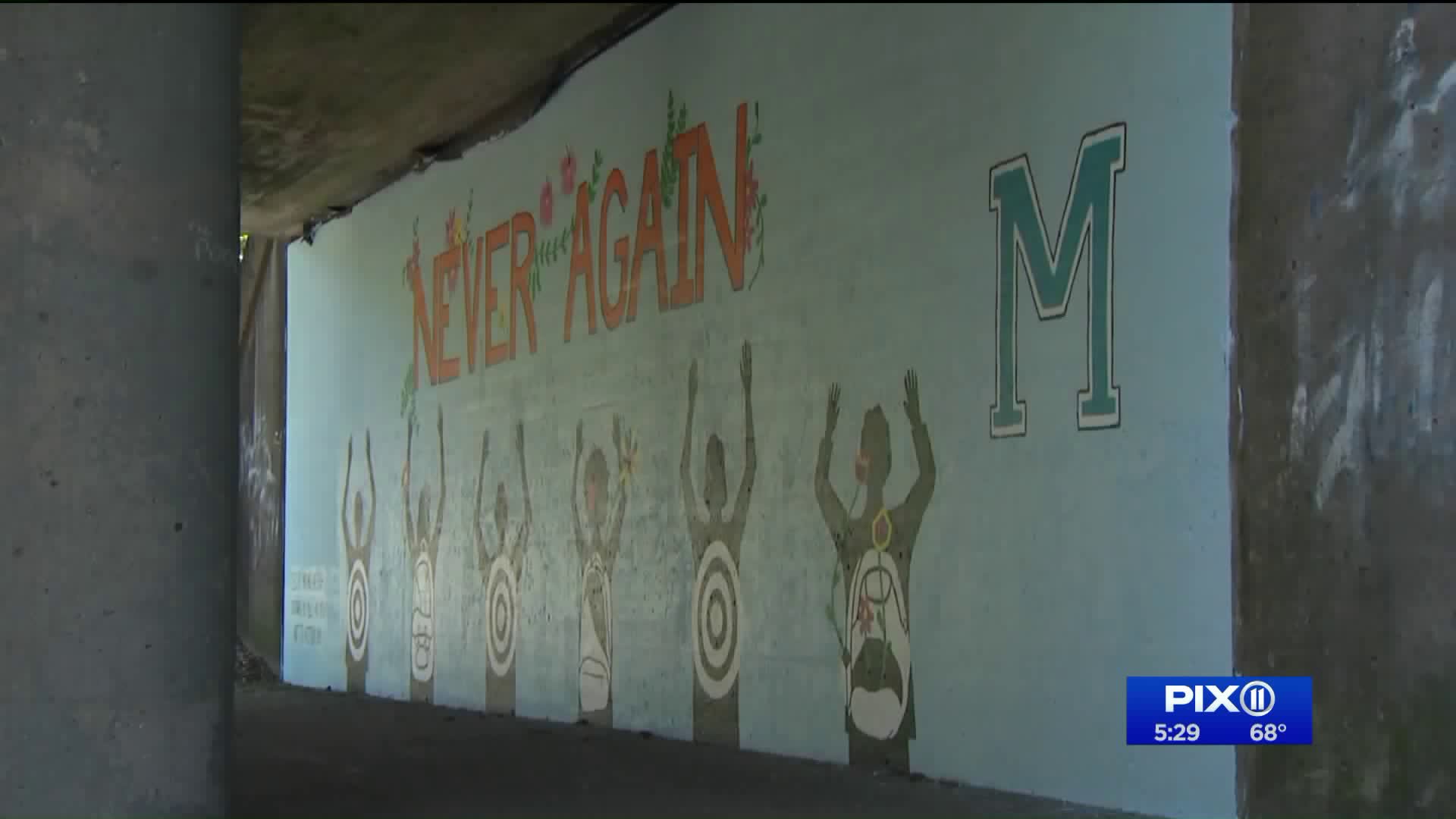 Controversy is brewing over a proposed pro-gun rights mural located directly opposite an anti-gun violence mural in Montclair.

MONTCLAIR, N.J. — Controversy is brewing over a proposed pro-gun rights mural located directly opposite an anti-gun violence mural in Montclair.

The original mural created by Montclair High School students, the new mural is being proposed by the town's GOP.

“This issue is more about free expression than anything else,” John Van Wagner, President of the Montclair Republican Club, told PIX11 News.

The Montclair Republican Club isn’t sure yet what the design of their pro-gun rights, pro-second amendment rights mural would look like, but it would be directly across from a recently installed mural created by students from nearby Montclair high school which says “never again”, in response to the Parkland, Florida school shooting on Valentine's Day 2018.

“We are not going to be presenting a celebration of gun violence,” said Van Wagner. “But instead it would be about freedom, freedom from excessive and ineffectual regulation.".

The Chestnut Street trestle property is owned by New Jersey Transit.  On September 9, the Montclair GOP said they sent an email to the transit agency saying they had an “ethical and legal obligation” to allow opposing viewpoints on the property.

The agency’s response: “NJ Transit has not yet received the letter from the Montclair GOP. As with any other organization wishing to post a mural on NJ Transit property, the request will go through the application process.”

“There are too many instances of kids losing their lives to gun violence,” Raeden Oliver, a 15-year-old student at Montclair High School, told PIX11. “It’s a no brainer. I don’t know why there’s a debate about this,” he added.

To many of the high school students who walk under the trestle every day, and to residents in this town of 36,000 where there are only 2,800 registered Republicans, many see a Republican pro-gun rights mural as being excessively provocative.

“It’s a terrible idea, sending a terrible message,” Jannika Hantho, a Montclair resident, told PIX11 News. “It also seems provocative to put up a pro-gun mural considering the other side is against gun violence,” she added.

The president of the Montclair Republican Party said if New Jersey Transit refuses their request, the group would ask that the students’ “Never Again” mural be painted over.