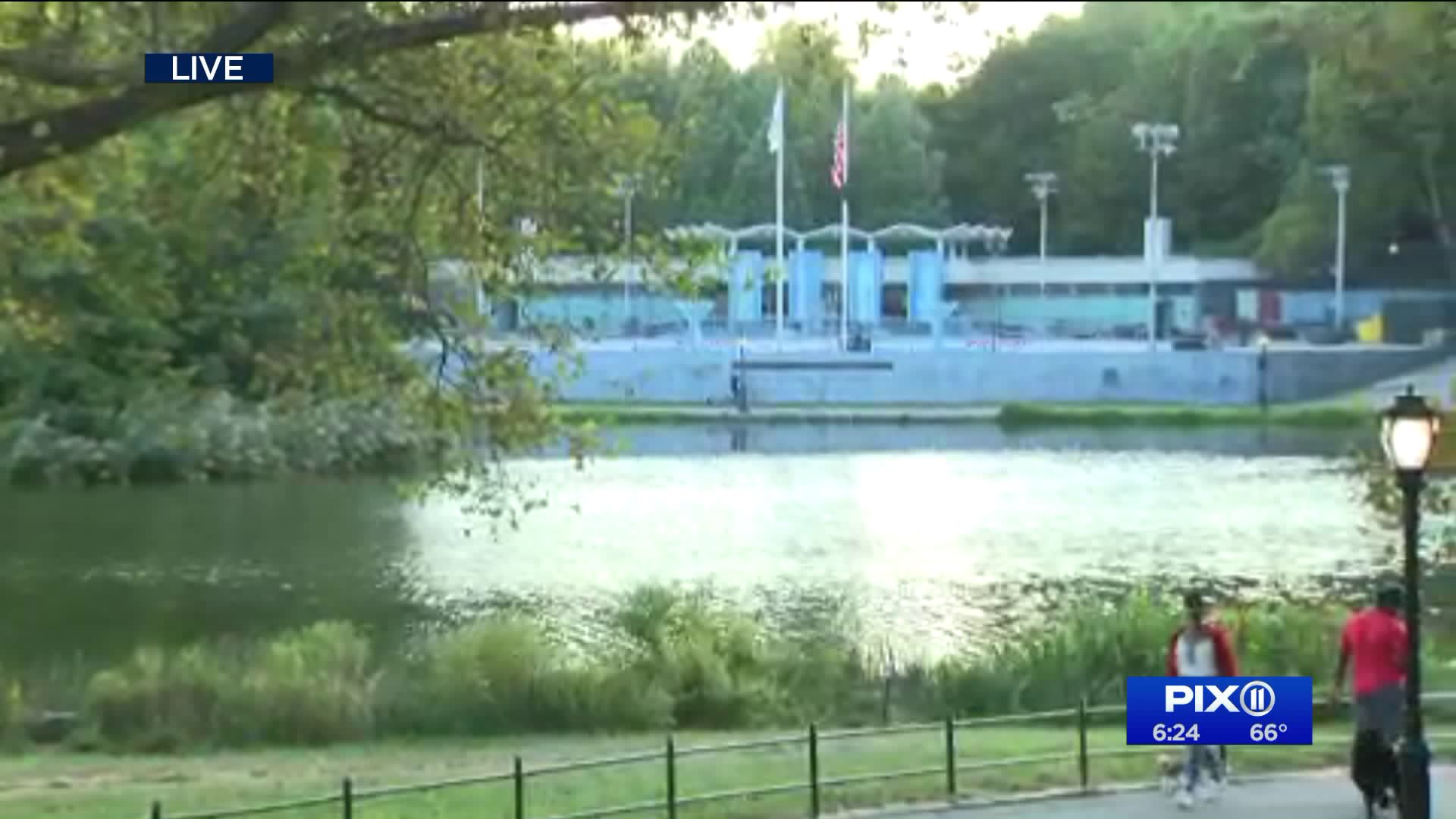 A new plan announced today will demolish the current pool and rink facility at Central Park and replace it with one that fits more holistically in to the surrounding environment.

HARLEM, Manhattan — The north end of Central Park is about to undergo one of the most significant changes that the park has seen in generations.

The area near the Harlem Meer will be transformed significantly at a cost of $150 million over at least three years' time. Some local residents questioned if it was worth the dollars and the years and they also asked what, if anything, President Donald Trump has to do with it all.

The change is actually something of a change back — much more in keeping with the vision of the original designers of the park, Frederick Law Olmstead and Calvert Vaux. In the mid-1800s, they designed and built a pastoral waterway in the park, running for nearly three quarters of a mile, over waterfalls, and across glimmering stones, emptying gently into the Harlem Meer.

That all changed in 1966, when the Lasker Rink and Pool was completed next to the Meer, in a location that cut off Olmstead and Vaux's stream system. Instead, a culvert — an industrial drain and pipe system — was installed where the stream had once been.

That disruption, which has lasted more than half a century, is now set to end.

"We're going to remove the pool altogether," said Susan Rodriguez, the architect of the new plan, which was announced Wednesday morning. It will demolish the current pool and rink facility, and replace it with one that fits more holistically into the surrounding park environment, including restoring the country-like stream. The project will take three years.

"Too long," Bernard Jefferson, a regular park goer, said. "They can build faster than that."

The head of the Central Park Conservancy had a response to concerns like his.

"The result of the project is going to be so magnificent," said Betsy Smith, president and CEO of the conservancy, in an interview, "that I think everyone will quickly forget the inconvenience."

Smith said that the groundbreaking for the project will be a year-and-a-half from now. It's a coincidentally interesting deadline.

"The Trump Organization has the ice skating concession in Central Park," Smith said. "That is a contract that expires in Spring 2021," said Smith, "at which point, our work will begin."

"That's great," said a park goer who would only give her first name, Patricia. Like her, a number of park goers who spoke with PIX11 News were surprised to learn that the Lasker and Wollman Rinks in the park are operated by President Donald Trump's company.

They also said, though, that they just want the refurbishment to move forward, and that if it takes time, it needs to be worthwhile in the end.

"If it improves the environment, I guess that's a good thing," said a resident from nearby who wanted only his first name, Charles, used.

Another park goer, Pablo Amaya, agreed, adding that in the meantime, the fact that Donald Trump may be profiting from Central Park activities can't eclipse the changes ahead.

"Whether you have an opinion on Trump or not," said Amaya, "it's definitely a part of New York, and you can either avoid those things, or do your best to enjoy the city."

The Trump Organization has not responded to PIX11 News's request for a comment.

Editor's note: The story has been updated with the Lasker Rink and Pool's ownership and association. The Trump Organization runs the the ice rink, but does not own it.