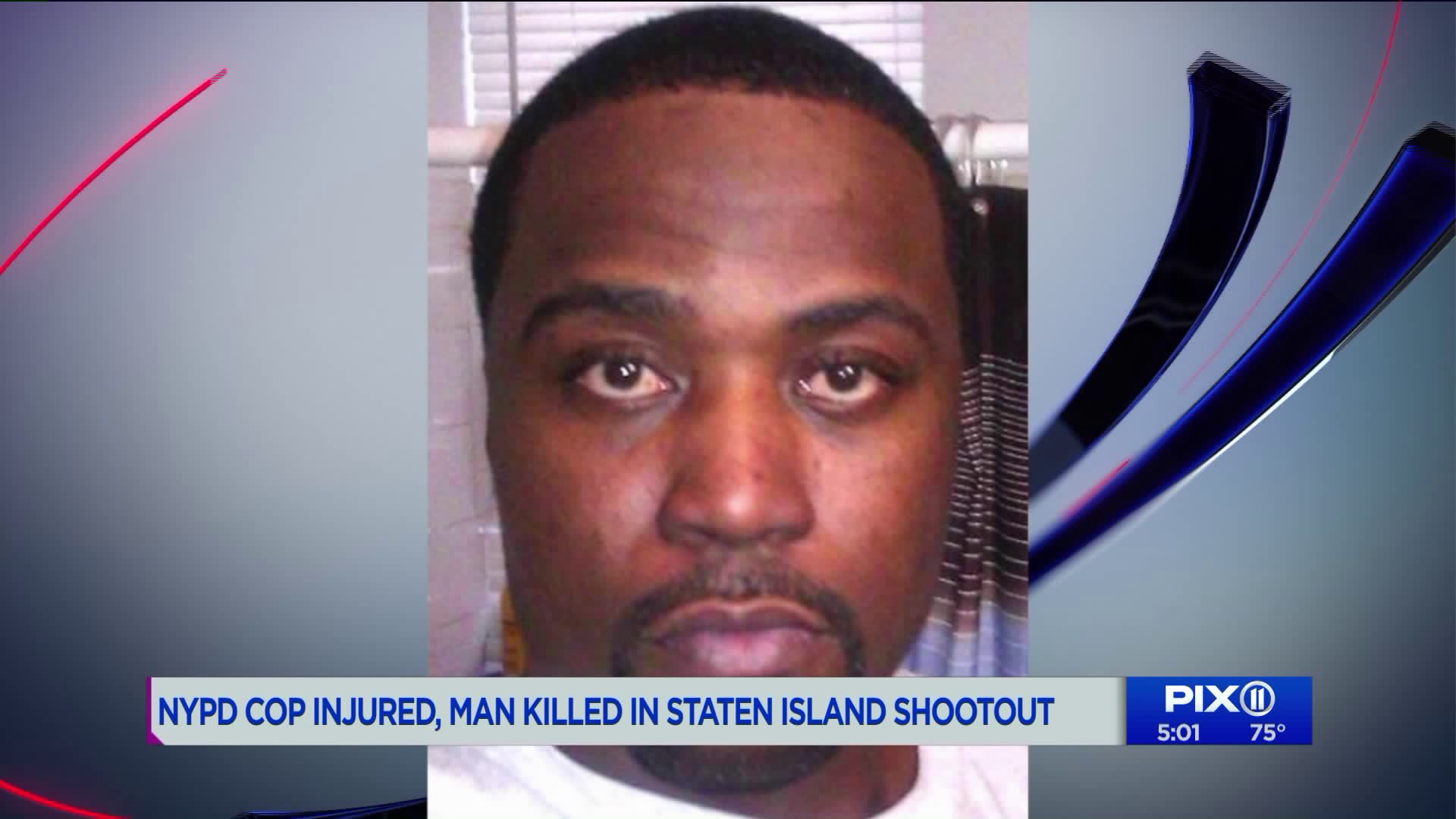 One person was killed and a police officer was injured in a shooting in Staten Island Tuesday morning, authorities said.

STATEN ISLAND — One person was killed and a police officer was injured in a shooting in Staten Island Tuesday morning, authorities said.

Police released an image of a man who allegedly opened fire at police officers and was killed in Staten Island on Sept. 17, 2019.

Emergency crews were called to the vicinity of Prince and Hardy streets around 8:40 a.m over a reported domestic dispute.

A woman called police, reporting a domestic assault she was allegedly a victim of. When they arrived, police took the victim into their vehicle and drove her a block away for safety as they conducted a search for the man accused of the assault, according to police officials.

Police found the 39-year-old man, who became combative, authorities said. A taser was deployed, and the man pulled a gun on officers, firing at least two rounds. Cops fired back at least three times, according to authorities.

A 44-year-old police officer was shot in the wrist. She was taken to the hospital and is expected to survive, authorities said.

The man was pronounced dead at the scene, police said. According to authorities, he had a history of violent crimes and had been convicted of a previous shooting in Staten Island and spend five years in jail. His identity has not been released.

AIR11 was over the scene: