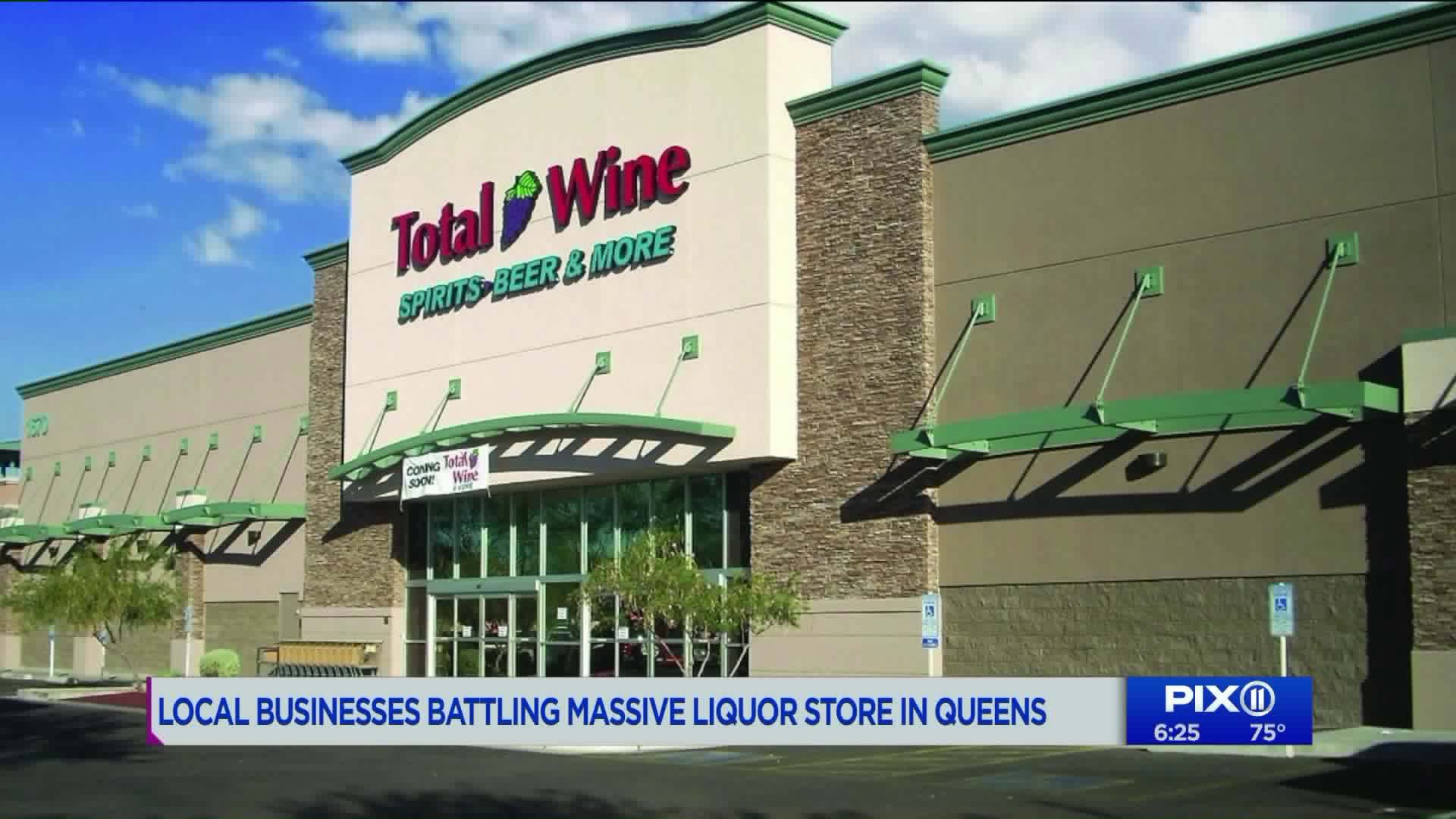 One of the country`s largest wine and liquor chains wants to bring its bubbly to Queens. Local business owners don`t want it there. They`re rallying to keep the "Walmart of liquor stores" out of their neighborhood.

One of the country’s largest wine and liquor chains wants to bring its bubbly to queens, but local business owners are rallying to keep what they call the “Walmart of liquor stores” out of their borough.

Liquor store, bodega and deli owners are worried about how a proposed Total Wine & More will impact their sales.

Total Wine & More, which is one of the largest wine and liquor chains in the country, has their sights set on a vacant 30,000 square feet store along the Whitestone Expressway in College Point that used to house a Toys R Us.

Local businesses owners they they wouldn't be able to compete against the mega store and its business model.

An application for a license with the State Liquor Authority was filed last month by entrepreneur Michelle Trone,the daughter of Maryland Congressman David Trone who owns the national brand.

Despite initially getting the backing from as many as two dozen local officials, support for the chain to come to Queens is now dwindling.

According to the Metropolitan Package Store Association, which opposes the SLA license, local businesses there reported a revenue hit of more than 30 percent. Some even closed.

That isn’t stopping some from putting up welcome signs.

“As recent conversations have brought new concerns to the table, we are committed to closely reviewing all relevant information and keeping the dialogue open," he said in a statement.