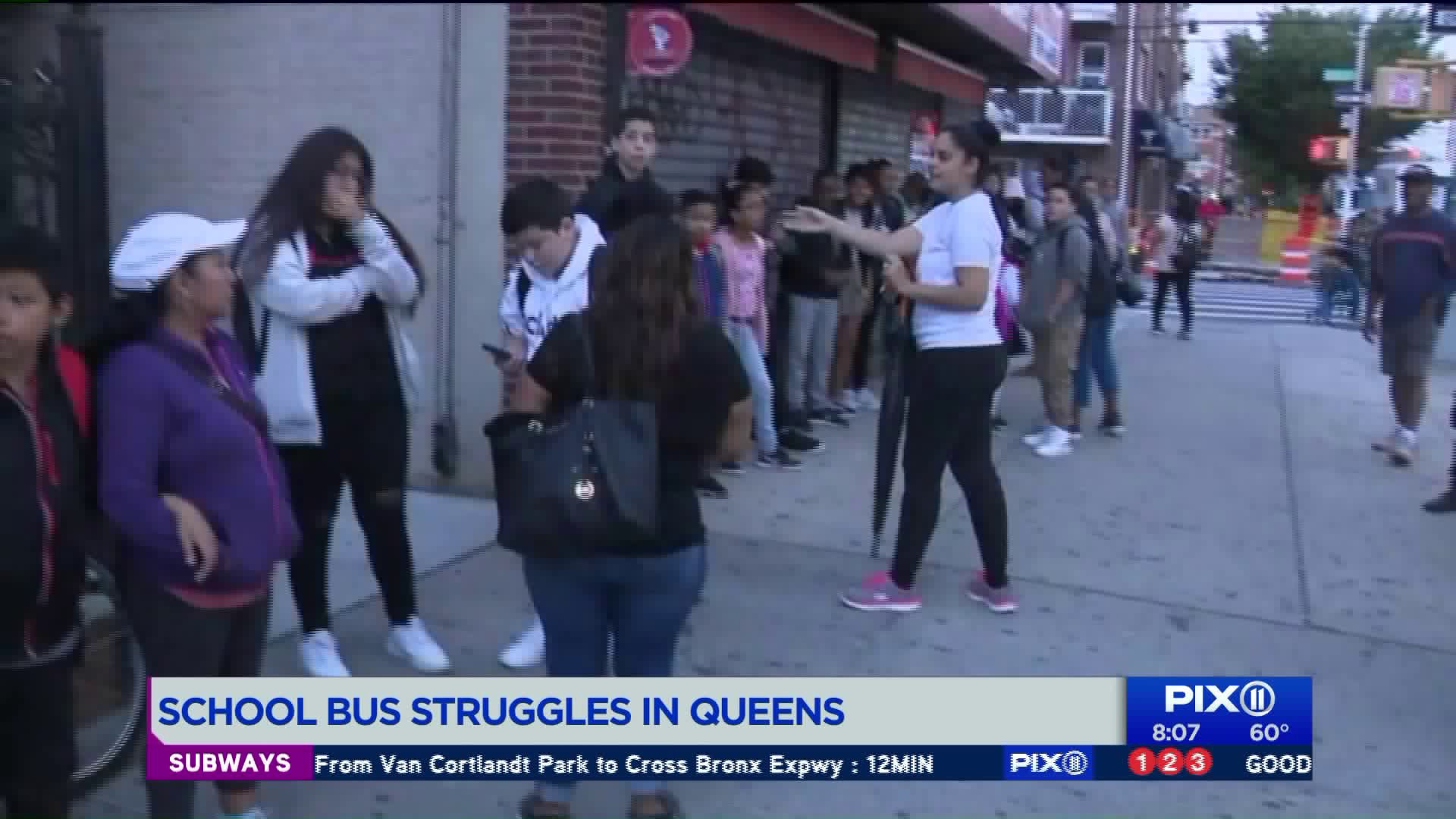 Just blocks away from where students were left stranded at a bus stop in Queens, lines of children and parents were seen waiting of their own school bus, which has seen problems on safety and capacity.

CORONA, Queens — As some students were left stranded as they waited for a school bus in Queens, blocks away, the same situation was happening to students at another school.

Since school started, several students of IS 5 in Queens were forced to scramble and find alternatives to get to school after limited school buses arrived at their bus stop along 38th Avenue and 108th Street in Corona.

Students told PIX11 they’ve seen parents get into arguments over the situation, which has been happening for a while.

Following PIX11's report, the Department of Education sent more buses to the location. Four buses in total were assigned to the stop and officials would evaluate from there how many buses were needed as they move forward.

This is what we saw in Corona, Queens at 37th Ave & 110th St. About 100 1st & 2nd graders from PS143 w/ their parents. One school bus. An hour wait. Looking for answers from @NYCSchoolBuses @NYCSchools. @PIX11News pic.twitter.com/d6fCbNaTFw

Just blocks away, parents brought attention to another line of students and parents along 37th Avenue and 110th Street.

About 100 first and second graders from PS 143 and their parents were waiting for school buses. Since the beginning of the year, only one bus serviced the stop, parents said.

They driver would usually make two trips to get everyone to school, and a normal wait time would be one hour.

Parents have shared their concern over their children's safety as buses are said to squeeze four children into a seat that should only seat three people.

An official with the Department of Education was not aware about the latest line.

Minutes after the DOE was made aware of the line, two more buses showed up to that location.