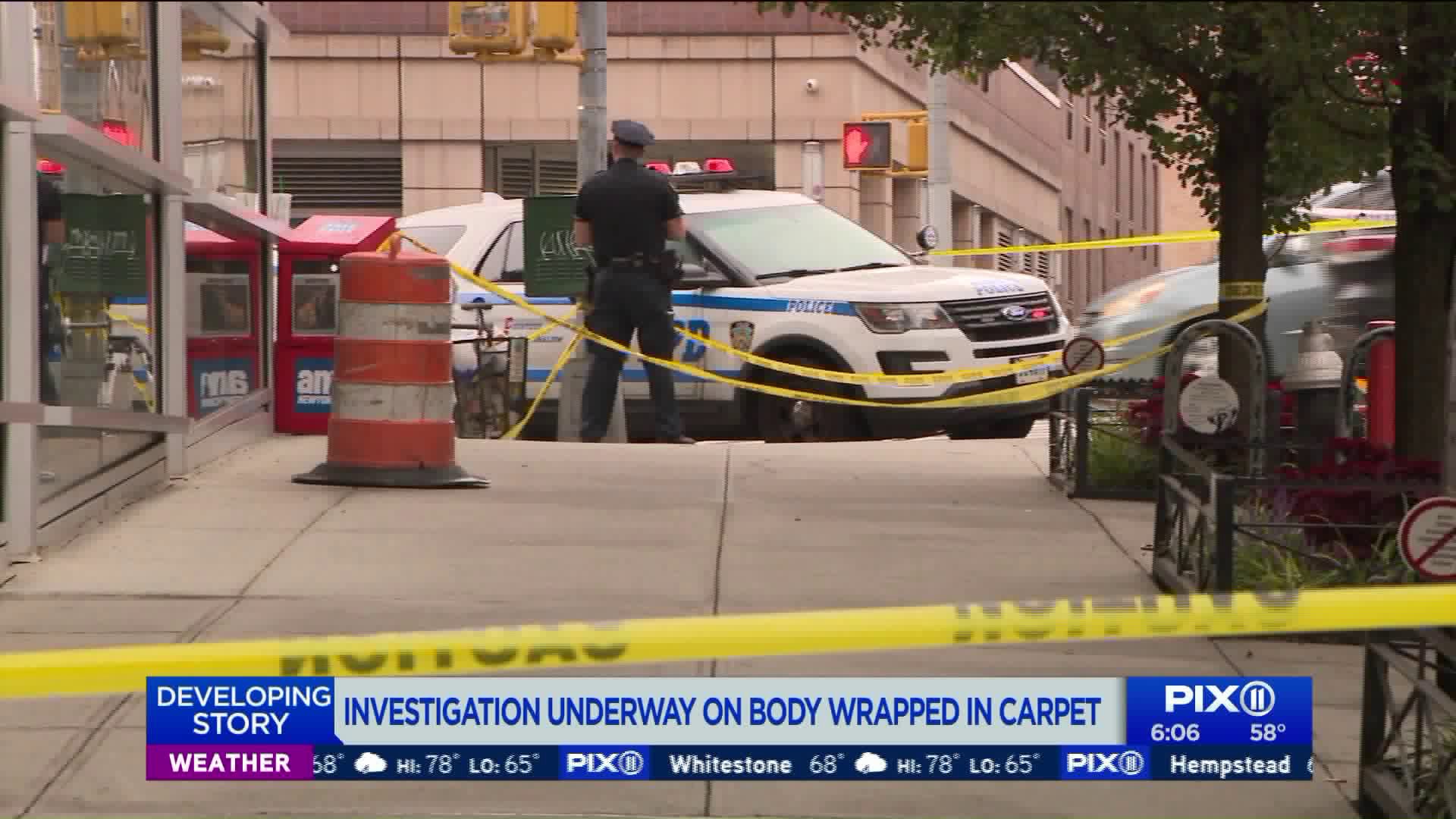 Investigation continues after a body was found rolled up in a carpet on a busy Harlem street. Police believe he is the victim of a murder, and they`re trying to figure out his identity. 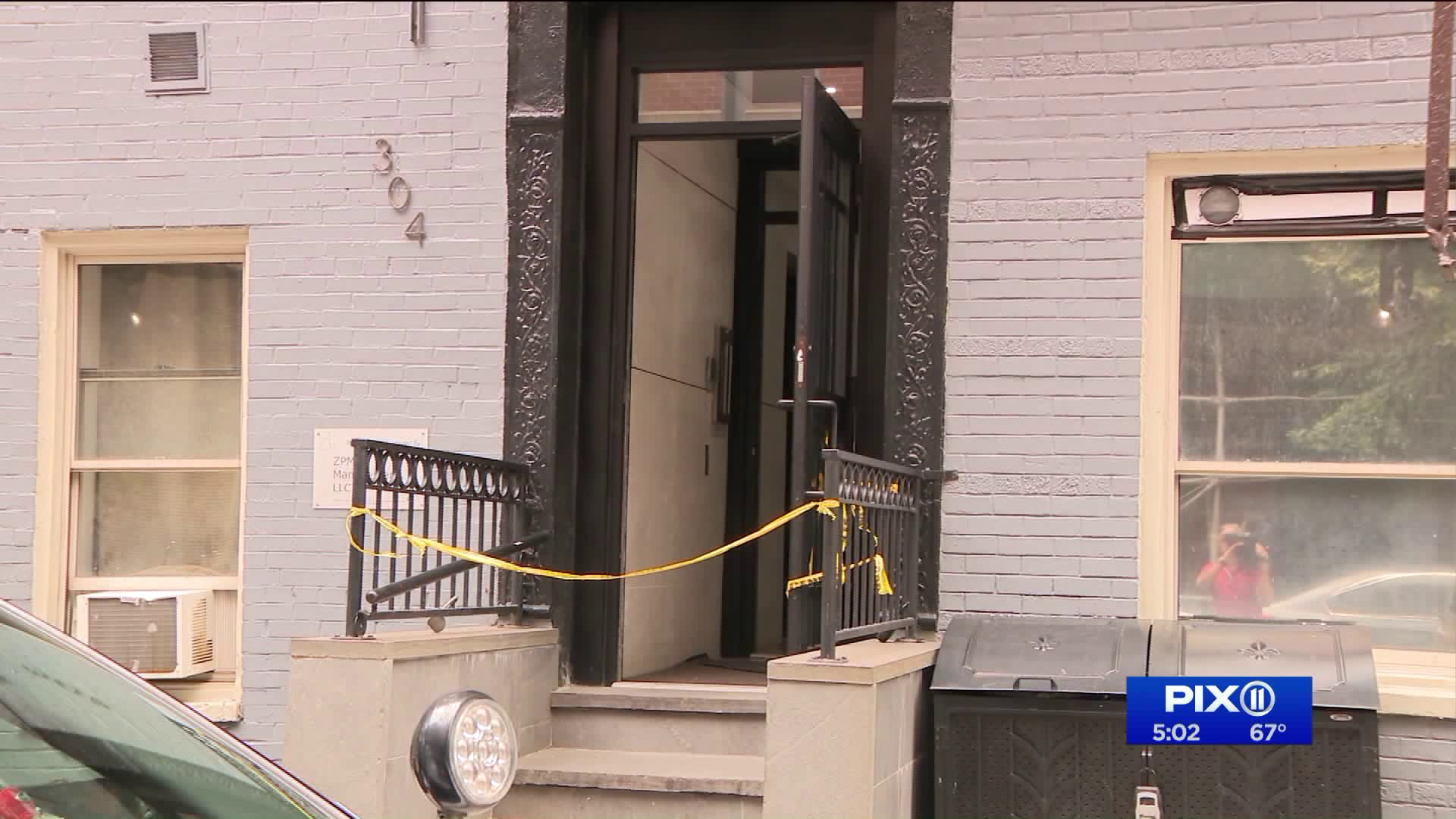 HARLEM, Manhattan — Police have identified the man found dead in Harlem, his body rolled in a red carpet.

Anthony Lewis, 27, of Brooklyn, was found Thursday morning, when officers responded to a 911 call and discovered the man unconscious and unresponsive inside a red carpet in front of 301 West 145th St. in Harlem, according to police.

Authorities have obtained surveillance footage of two people rolling the carpet in a Target shopping cart into the Harlem street, which is heavily populated during the day.

A Starbucks employee and a passerby saw the carpet and immediately called authorities.

Police said Lewis had blunt force trauma to the head.

Police were investigating an apartment building along West 147th Street near Frederick Douglass Boulevard, which they said is linked to the incident.