Man rescued after falling from bridge into ravine, stranded in river in Suffern: police 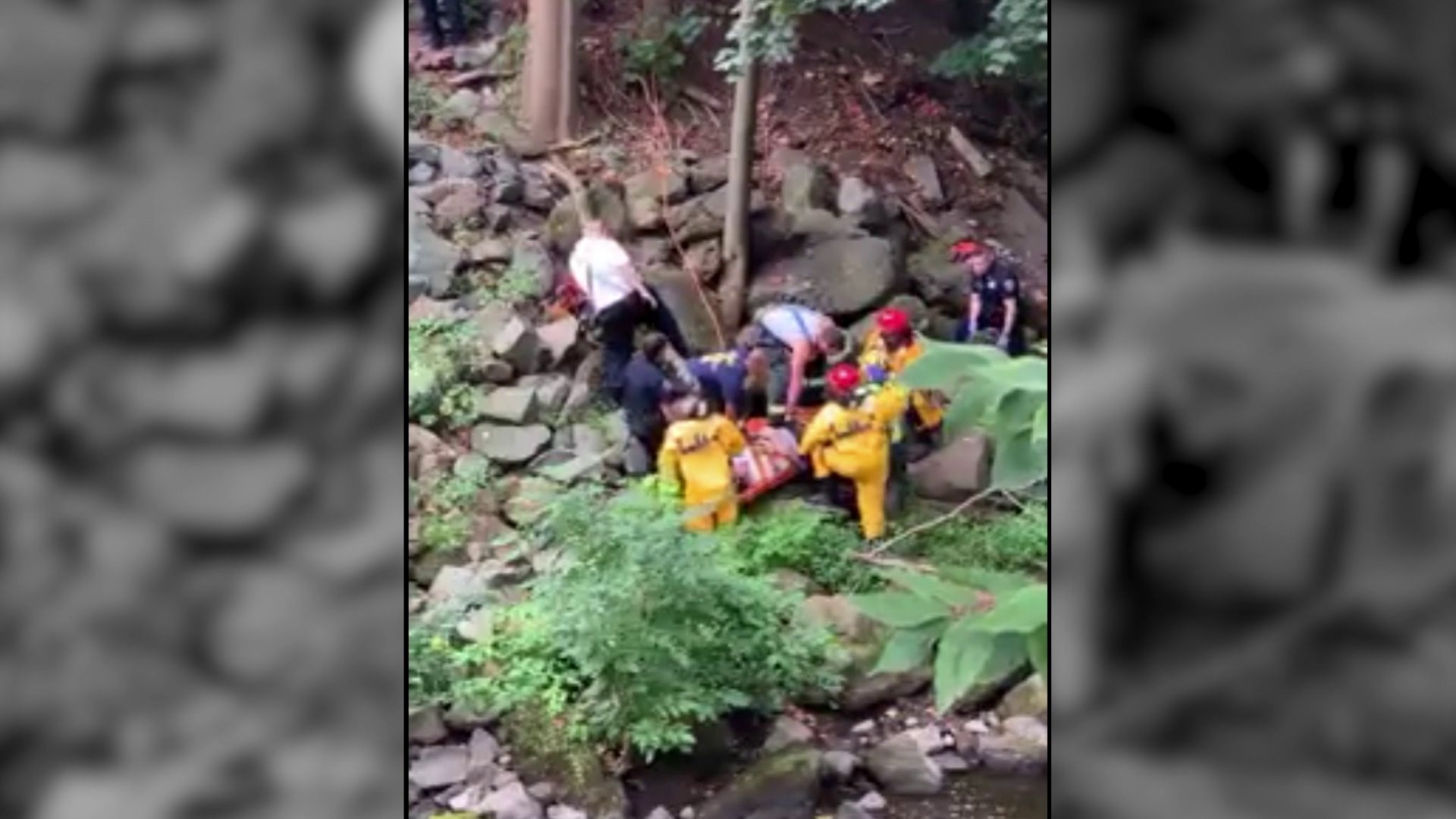 A man was rescued after falling off of a bridge and into a ravine, stranded in the water, according to the Suffern Police Department.

SUFFERN, N.Y. — A man was rescued after falling off of a bridge and into a ravine, stranded in the water, according to the Suffern Police Department.

According to police, the victim said he fell off a bridge and into the Mahwah River near Tilton Road.

The man was stuck in the river for days, according to lohud.com. Officials said the man was possibly suffering from hypothermia.

Police said the victim was sitting up in the water. Officers had to climb down a steep rock embankment in order to get to him, they said.

Officers called for an ambulance and quickly realized that due to the steep embankment they would not be able to get the victim up to the roadway. They then called for the Suffern Fire Department who responded and along with our officers and medical personnel were able to coordinate a plan to get the victim to safety.

The man was transported to a local hospital.

A previous version of this story featured a headline with a misleading location. It has been corrected.