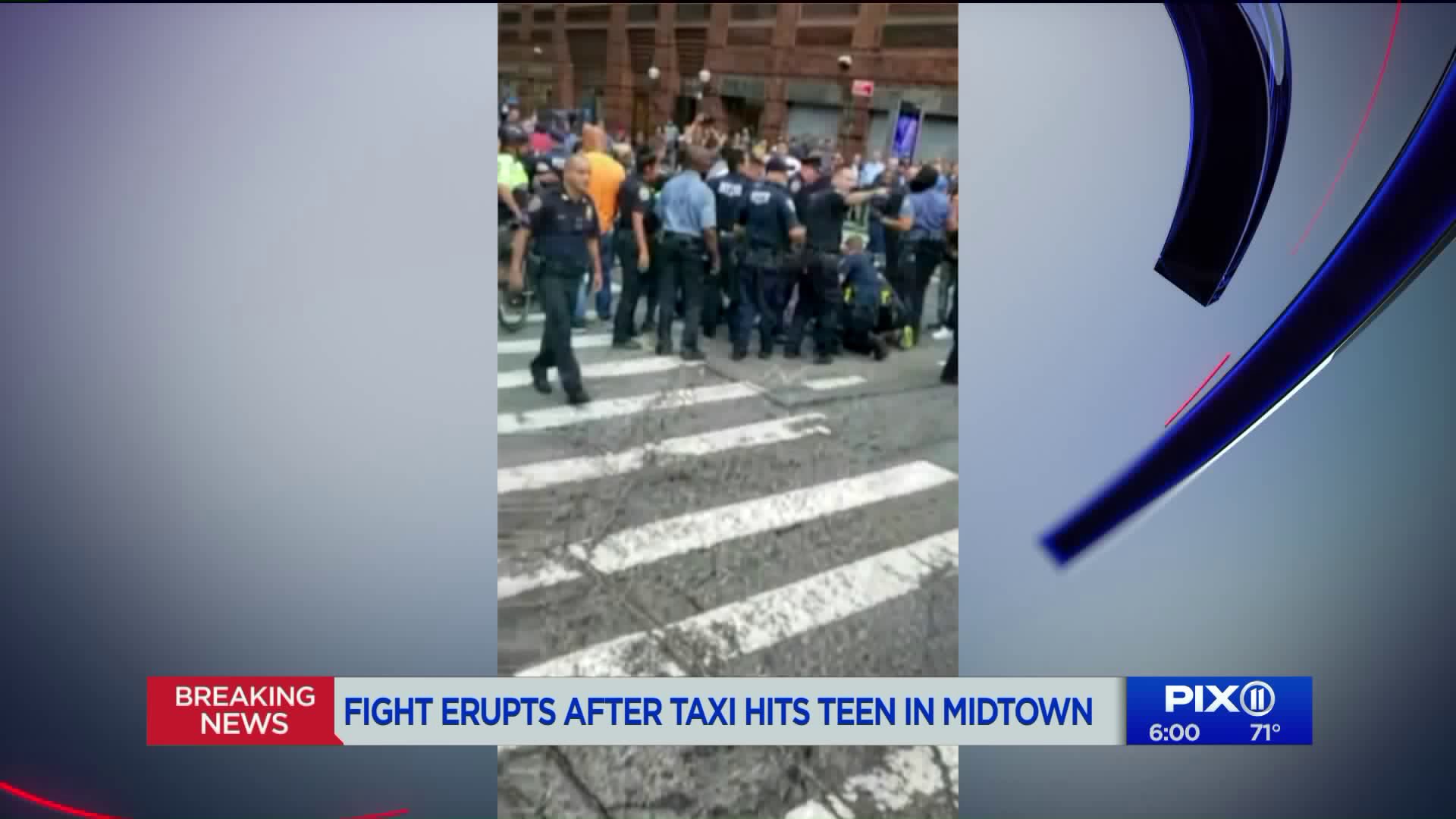 A wild scene broke out at 52nd Street and 8th Avenue Thursday afternoon after a teenager was hit by a taxi. 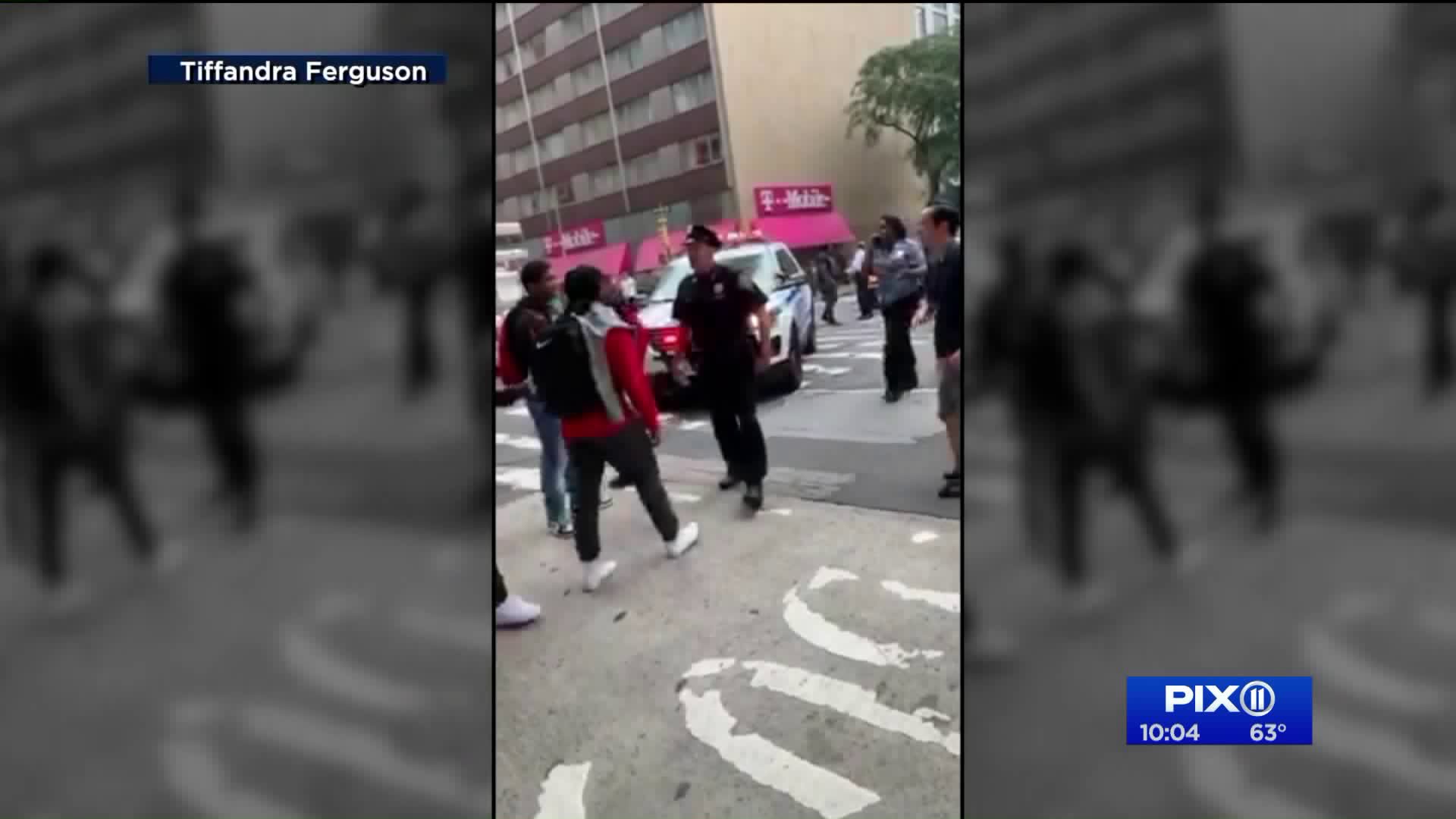 MIDTOWN, Manhattan — It was absolute mayhem when a melee erupted in midtown after a teenage pedestrian appeared to be struck by a taxi Thursday afternoon, just blocks away from Times Square.

But video shows the 16-year-old was "not actually struck by the taxi at 52nd Street and 8th Avenue," police said. He ran into the street and crashed into the taxi.

After the boy ran into the taxi, a large group of students from Manhattan High School surrounded the taxi and tried to force their way into the cab, an NYPD spokesperson said. They kicked and punched the taxi.

The wild scene began with a fight at the school which the teenage boy who crashed into the taxi was running from.

"Officers had to collectively go after certain individuals," one eyewitness said.

Things went south after police and emergency medical services arrived on the scene and began administering aid to the injured student. The student's friends were unhappy with the emergency response, one eyewitness said.

"Something escalated over here," eyewitness Raheem Ford said. "Ya' know, a few things popped off in a few areas."

From there, other skirmishes broke out and several students decided to focus their attention on cab driver Badal Roy.

Roy says the students then jumped on his hood.

A mother said her son — who's a student — was taken into custody. She was still at the police precinct around 10 p.m.

The 16-year-old boy who ran into the side of the taxi was taken to a hospital with non-life threatening injuries.