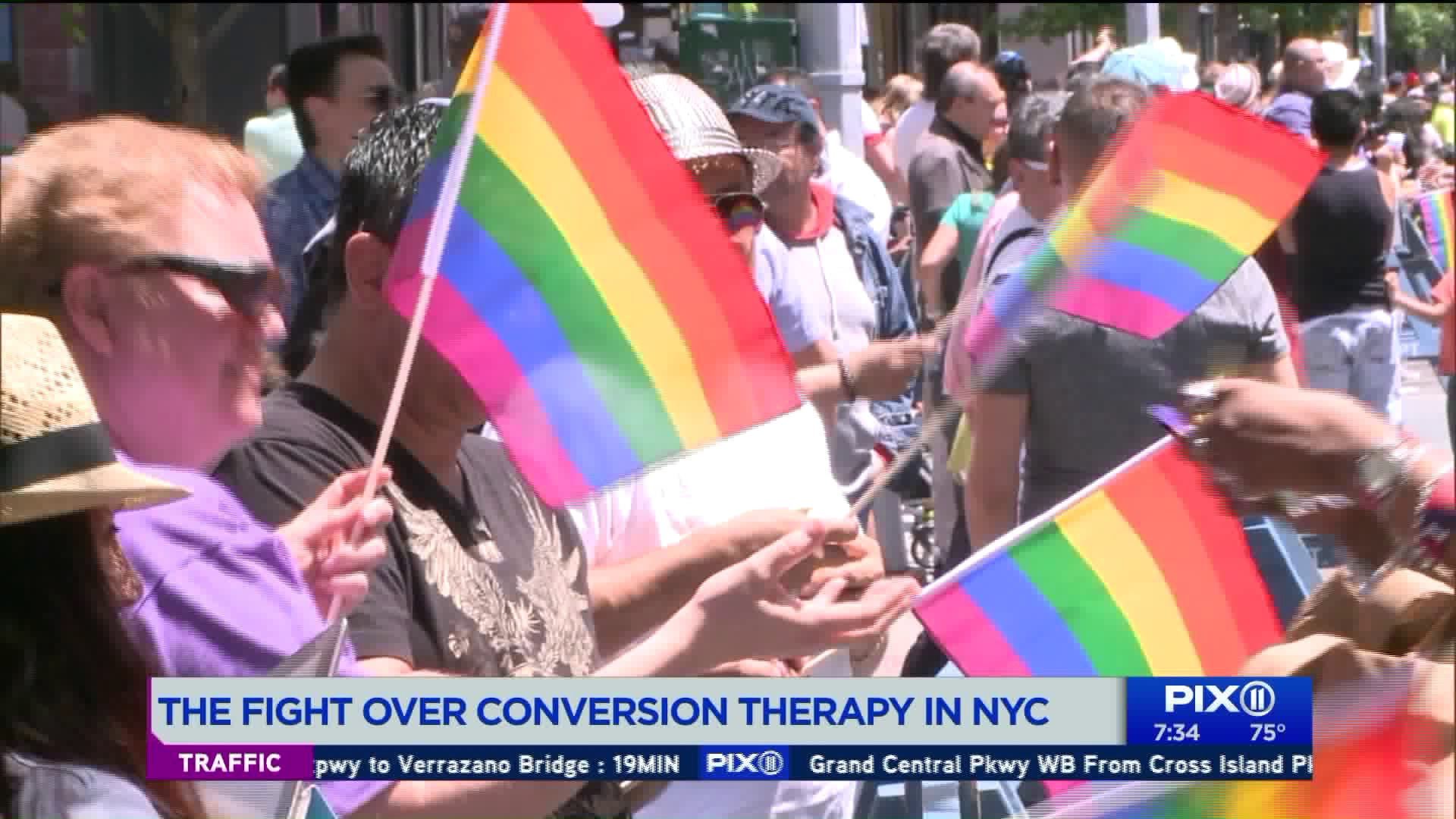 The New York City Council passed a bill that banned all forms of conversion therapy in the city in 2017, so why are they now trying to repeal it? It all stems from a conservative group`s lawsuit that calls New York`s ban unconstitutional - a suit they could take all the way to the now-conservative Surpeme Court. Thankfully, a New York state law will continue to protect LTBTQ minors from the practice.

Johnson, who is openly gay, called the decision "painful" in a statement to PIX11.

The logic behind Johnson’s proposal stems from a lawsuit against New York City, filed by an anti-LGBTQ Christian group called Alliance Defending Freedom. The suit, filed in January, claims the conversion therapy ban is unconstitutional and violates free speech rights.

City officials, Johnson included, are concerned that Alliance Defending Freedom could take the lawsuit all the way to the U.S. Supreme Court, where its conservative judges may not rule in favor of LGBTQ protections. Such a ruling could have the potential to create a nationwide pro-conversion therapy precedent.

The only surefire way to prevent that, and possibly protect other states, is for New York City to overturn its ban, thus rendering the lawsuit pointless.

Johnson released a statement to PIX11 saying in part: "To be clear, this alleged therapy is barbaric and inhumane, but repealing this law seemed to be the best path forward."

"This was a painful decision that was made after leading LGBTQ advocates requested that the Council repeal our 2017 bill. After intense deliberation, the Council concluded that it was best to take this drastic step. The courts have changed considerably over the last few years, and we cannot count on them to rule in favor of much-needed protections for the LGBTQ community. To be clear, this alleged therapy is barbaric and inhumane, but repealing this law seemed to be the best path forward. Fortunately, minor LGBTQ New Yorkers will continue to be protected against this predatory industry thanks to a state law that passed a year after the Council acted. I listened to the advocates who know the issue best, as well as my heart. I will never stop fighting for the community I am so proud to be a part of."

Johnson is expected to present his proposal at Thursday’s city council meeting, scheduled for 1:30 p.m.