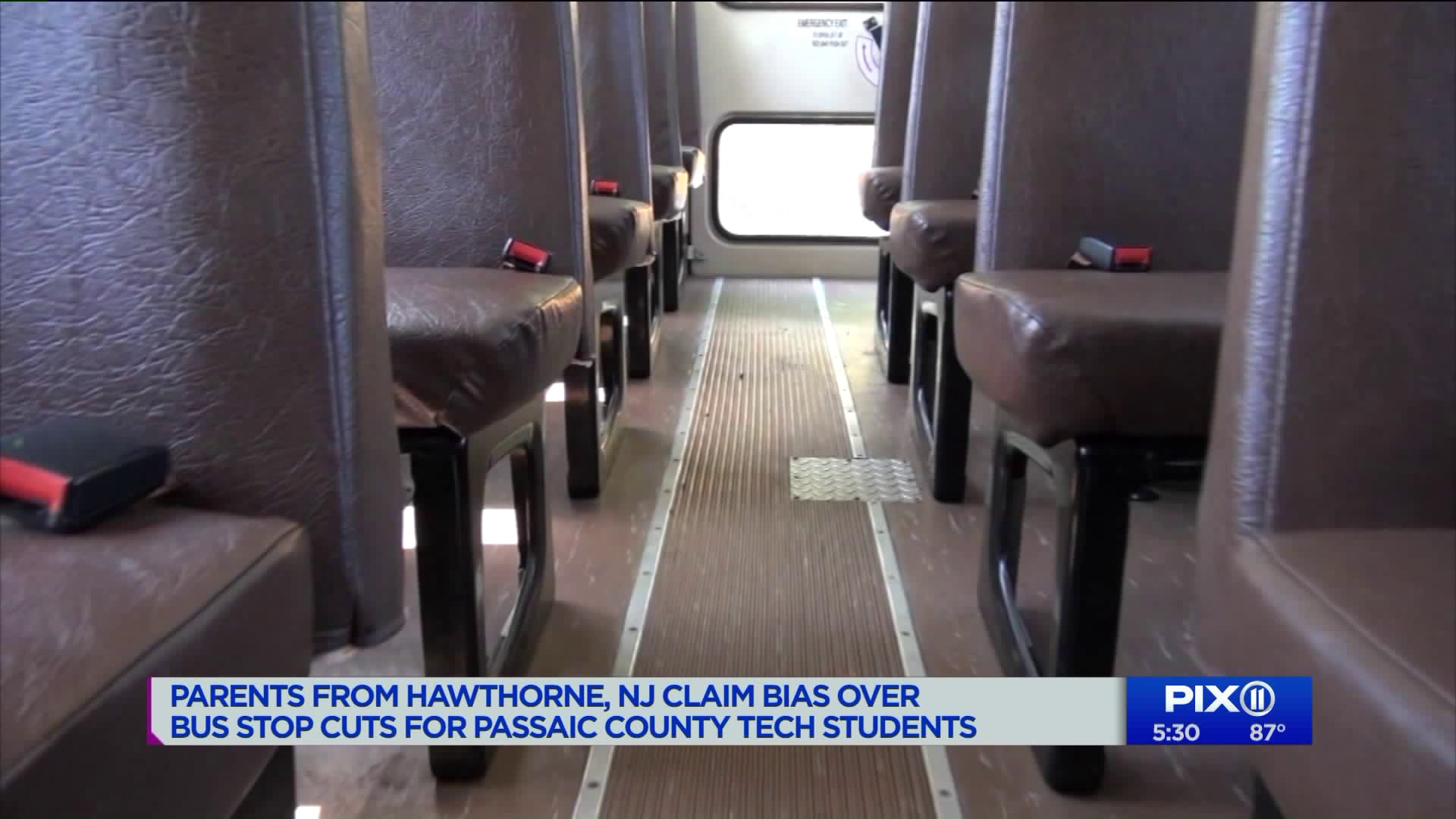 About a week before school started, parents in Hawthorne say they got a letter from the Hawthorne School District stating that school bus stops would be slashed from 17 down to 2.

HAWTHORNE, N.J. — About a week before school started, parents in Hawthorne say they got a letter from the Hawthorne School District stating that school bus stops would be slashed from 17 down to 2.

The change only applies to students who go to the Passaic County Technical Institute, a high school that any kid in the county can apply to, but it's the town’s responsibility to bus them there.

"We were all surprised," said Naomi Collier, whose eldest son relies on the bus to get to Passaic Tech.

She says Hawthorne’s severe cuts to bus stops mean some PCTI kids could be forced to walk over two miles to catch the school bus.

"While my son is lucky enough to have a ride to and from the bus stop, no matter where it is, there are 100-plus students in Hawthorne that go to Tech, that many of them don't have rides," said Collier, adding that parents are worried about safety.

County officials, who govern Passaic Tech, don’t seem happy about it either.

“To understand the risk this creates for Hawthorne students, you just need to picture a day of bad December weather," said Passaic County Freeholder Director John Bartlett. "I share parents’ concerns about the student safety.”

Whether or not the school district is saving any money by making this change remains unclear. PIX11 has reached out for comment, but so far have not heard back.

Parents have their own theory on why Hawthorne’s Board of Education has cut back on bus stops.

"It appears to be punitive against the kids for making a decision and to try to discourage them from going out of district," said Collier.

The two sole bus stops for PCTI kids in Hawthorne this year are at the Hawthorne town pool and the public library.

Collier says her other son, who does attend Hawthorne public schools, only has to walk one block to catch the school bus. Prompting her older son, who is 2-miles away from his bus stop, to ask questions.

"He feels like he is treated differently," she said.