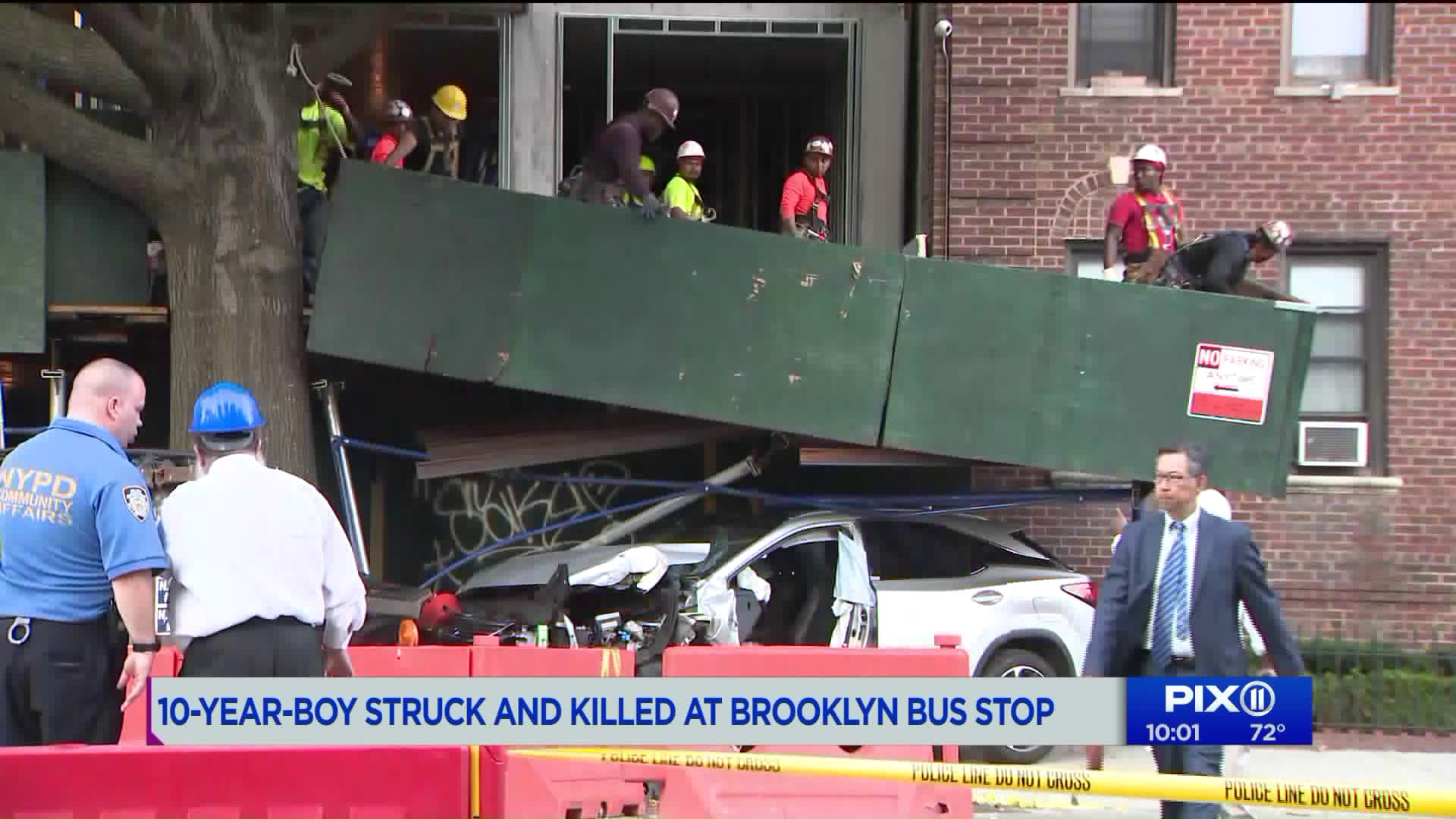 A child looking at his phone at a Brooklyn bus stop was killed when a car veered onto the sidewalk and then crashed into scaffolding on Tuesday afternoon, police said. The boy was thrown at least 5 feet. 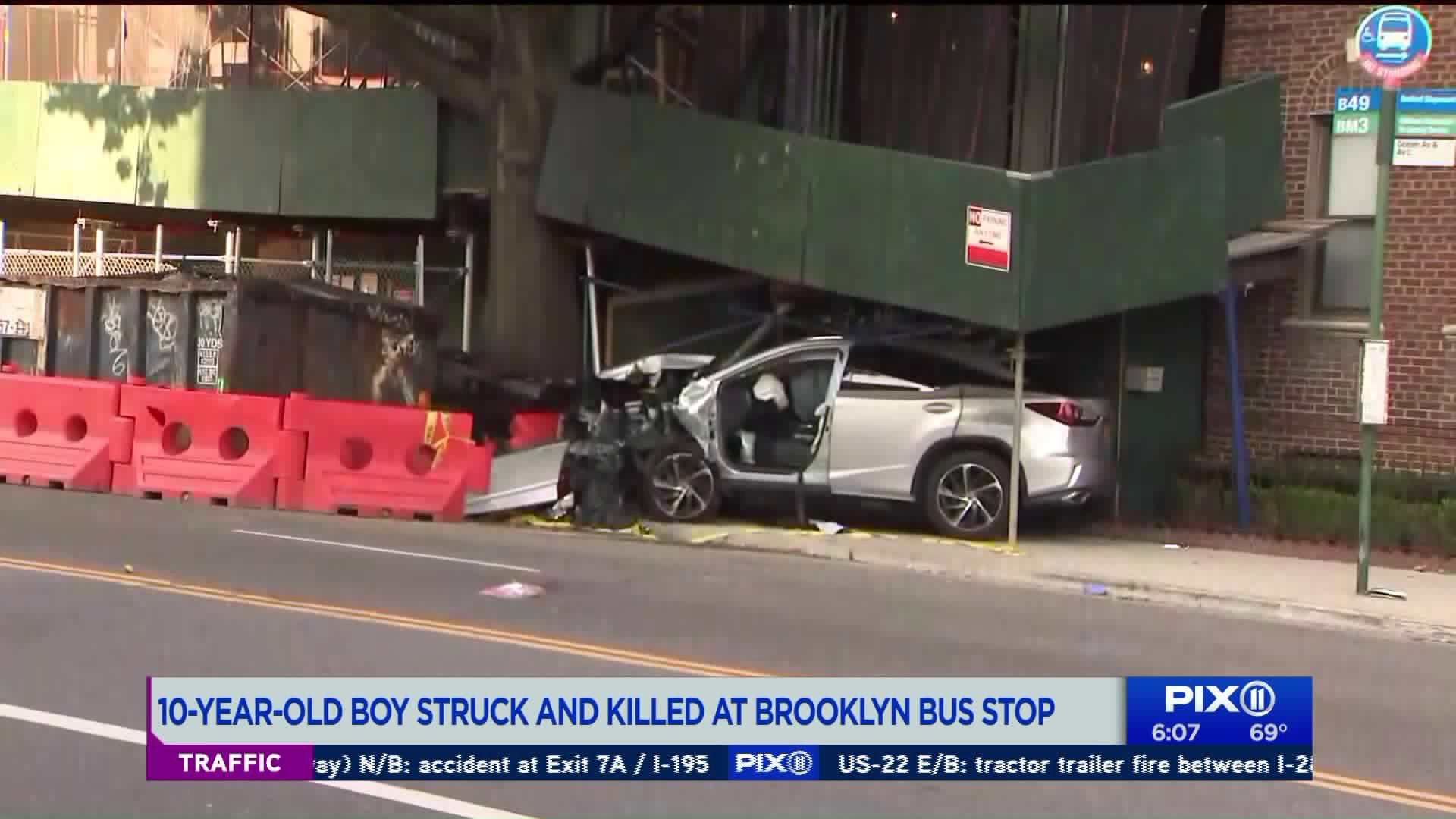 MIDWOOD, Brooklyn — A child was killed at a Brooklyn bus stop when a car veered onto the sidewalk and then crashed into scaffolding on Tuesday afternoon, police said.

The 10-year-old boy suffered severe trauma to the neck and back after the collision at Ocean Avenue and Avenue L around 2:40 p.m., an NYPD official said. Two others were rushed to a hospital with injuries.

The boy, identified by police Wednesday as Enzo Farachio of Brooklyn, was rushed to the hospital where he was pronounced dead, officials said.

The boy lived about six blocks from where he was killed.

A gray Lexus SUV driven by a 59-year-old man veered from the left lane to the right, jumped the curb at Avenue L and hit the boy, police and sources said. After it hit the boy, it continued on and crashed into scaffolding in front of 1673 Ocean Ave.

The boy was thrown at least 5 feet.

Police have not made any arrests. It's not clear what caused the driver to veer onto the curb, but the man's daughter was in the SUV with him and told police it appeared her father was having a seizure, sources said.

"Another family will go to bed without their child tonight," City Comptroller Scott Stringer said. "We can’t keep going on like this. We need safe streets, and we need dangerous drivers off the road. My thoughts are with this family tonight."