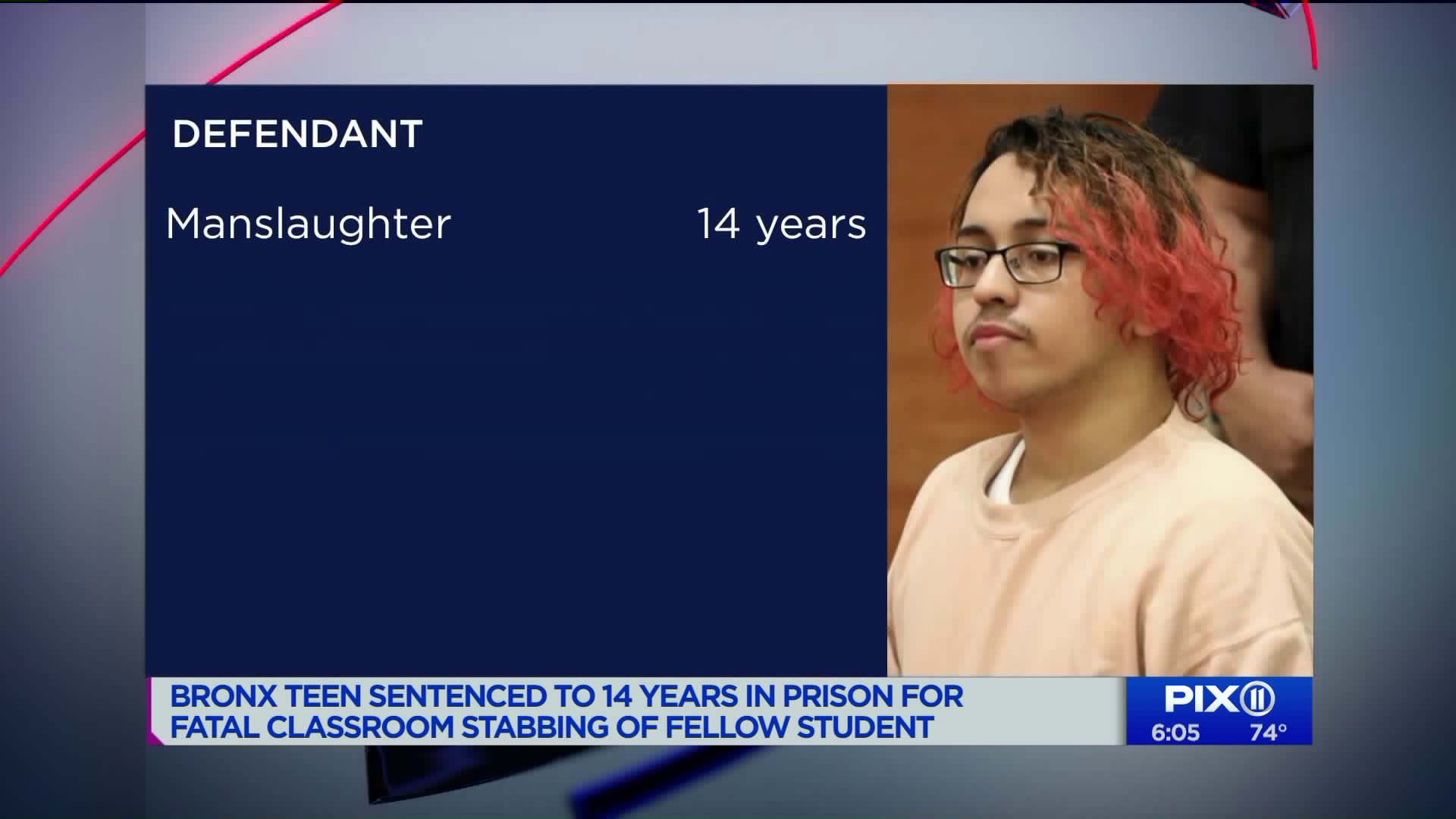 A gay Bronx high school student who police say fatally stabbed a classmate whom he claimed had been bullying him amid years of harassment from peers over his sexual orientation was sentenced to 14 years in prison. Abel Cedeno apologized at a sentencing hearing Tuesday for killing 15-year-old Matthew McCree and wounding another student at their Bronx school in 2017.

The BRONX — The teen who fatally stabbed his classmate in a Bronx school was sentenced on Tuesday to 14 years in prison on manslaughter charges, officials announced.

Abel Cedeno, 19, was also sentenced to eight years on assault charges and 90 days for criminal possession of a weapon, but a judge ruled that he would serve the terms simultaneously.

Cedeno was found guilty on all counts in the 2017 stabbing death of 15-year-old Matthew McCree.

On Sept. 27, Cedeno had stabbed McCree and his friend Ariane Laboy in a crowded classroom.

Cedeno’s defense team argued that what he did inside the Urban Assembly School for Wildlife Conservation was self-defense, and that he had been bullied for his sexuality.

On the day of the incident, all three teens were in a history class. Cedeno was in the doorway of the classroom, about to leave, when something was thrown at him, according to court testimony. He angrily asked who had thrown it and McCree, who was sitting in the row with Laboy, said he had thrown it. McCree apologized and said the object was not meant to hit Cedeno.

Angry, Cedeno challenged McCree, who was unarmed, to a fight.  Cedeno then stabbed McCree in the heart. Laboy, who was good friends with McCree, was stabbed five times when he tried to defend his friend.

Laboy's injuries were described in court as life-altering, and he was in a coma for several days.

McCree and Laboy didn't know or socialize with Cedeno before the incident, according to trial testimony.

Laboy, who was present at the time of Cedeno's sentencing was detained by police outside the courthouse following a verbal exchange, witnesses told PIX11.

Since he was found guilty, City Councilman Ruben Diaz Sr. has urged leniency for Cedeno, arguing that the teen is also a “victim” in the case because he was bullied and educators failed to address the problem, according to the NY Post.

Diaz, who has provided support for Cedeno and his family, urged the judge grant youthful offender status on the teen because he had no previous criminal record — that would dramatically reduce his prison sentence.