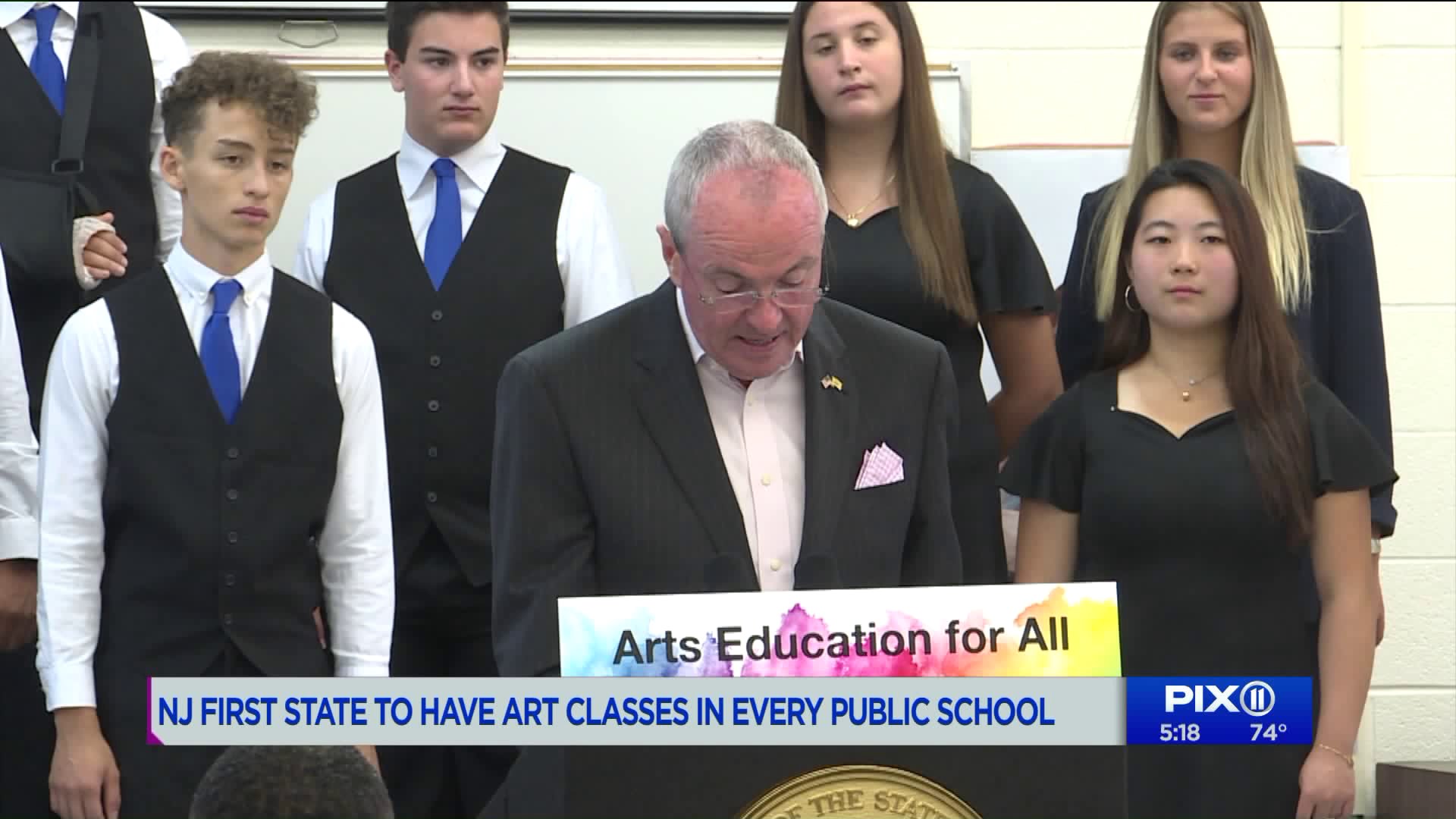 One week after New Jersey schools were ranked best in the nation, they`ve hit another milestone.

PARAMUS, NJ  — One week after New Jersey schools were ranked best in the nation, they’ve hit another milestone.

New Jersey is now the first state in the country to have an arts program in every public school statewide.

Often when funding gets thin, it's art, music and theatre programs that are first to get cut. So many districts go without.

But officials say it’s not the money or lack thereof that dictates which schools have access to the arts - it's sheer commitment.

Governor Phil Murphy toured the many arts classrooms in Paramus High School on Monday - including dance, photography, sketching and music. Paramus has been recognized as a model school for the arts.

But when the state's school funding formula changed last year - it put some schools' ability to excel in the arts in a bind.

Just as Paterson was crowned a ‘Renaissance district’ by Arts Ed, administrators grappled with reduced state funding and the lay off of over 100 teachers. It also threatened an end to their recently recognized arts program.

Administrators managed to keep arts classes, but not all of them. They were not given more funds from the state. Morrison said they were simply committed to keeping arts in the building.

Murphy said most schools have seen a funding increase under the formula change.

"The future of New Jersey is bright, and today’s announcement is a critical step in ensuring that our children reach their full potential," Murphy said. "I am grateful that my own education included exposure to the arts, and I know that I would not be where I am today without the skills theater taught me."