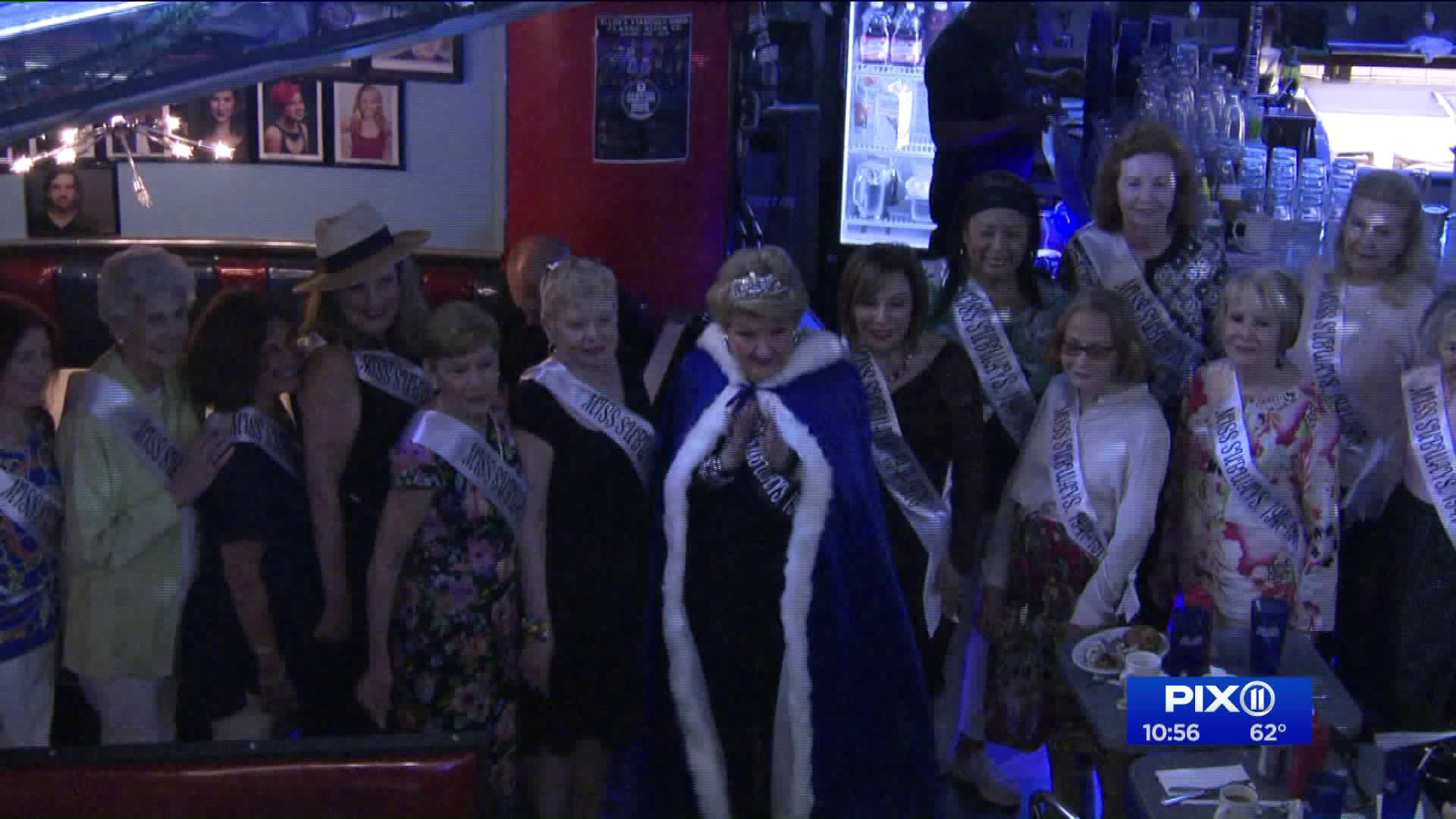 They were known as Miss Subways. Their beautiful faces were plastered in the trains during the time of war starting back in 1941. The program ended in 1976, but these ladies have a camaraderie like no other.

MIDTOWN, Manhattan — They were known as Miss Subways.

Their beautiful faces were plastered in the trains during the time of war starting back in 1941. The program ended in 1976, but these ladies have a camaraderie like no other.

Recently, the women, who are part of New York City's history, crowned 91-year-old jazz legend Marilyn Maye, one of their own. It all went down at Ellen's Stardust Diner at the “Beauty is Ageless” event.

Some of the ladies who graced the subways from 1941 through 1976 were on hand for the honorary event.

Many reminisced about their days as Miss Subways like it was yesterday. Ayanna Lawson says she took a lot of subway rides during here time.

“I would ride the subway all the time to see my picture. I would sit under my poster and people would recognize me, and say is that you? It was so much fun.”

The owner of Ellen's Stardust Diner, one of the most popular performance diners in the city, was also a Miss Subways in 1959.

“At the time Miss Subways was a very big thing in every subway car in the city of New York and I thought it would bring me publicity,” Ellen said.

Ellen says these women get together every year and celebrate their place in New York history.

They've all aged beautifully, as has the lady of the hour, Marilyn Maye. She credits her longevity to doing what she loves to do.

“I've worked all my life, I’ve sung many, many years try 80 years, and never want to stop.”

Marilyn, who holds the record on "The Tonight Show Starring Johnny Carson" for the most appearances by a singer, still performs all over the country. Today, it was her special day and our treat to be part of it.

From 1941 through 1976 subways riders were treated to more than 9,000 posters of 200 Miss Subways. Many of those posters are on display at Ellen’s Stardust Diner.