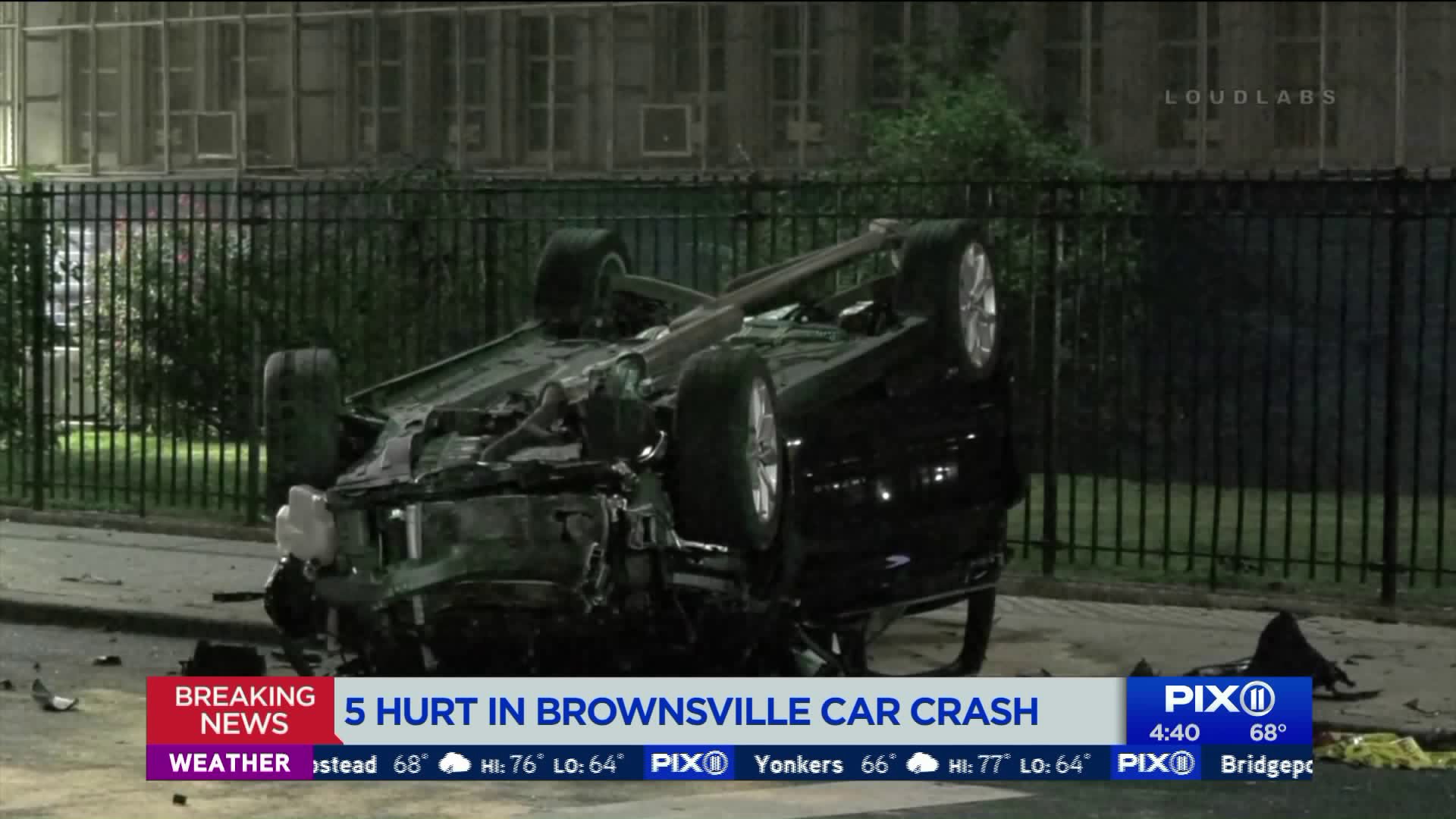 Five people were injured, at least one critically, when two vehicles got into a serious crash early Thursday in Brownsville, Brooklyn, authorities said. The call came in just before 1 a.m. according to the FDNY. A car flipped on its roof and caught on fire, officials said. Five people were hospitalized, one of which is a man in critical condition. 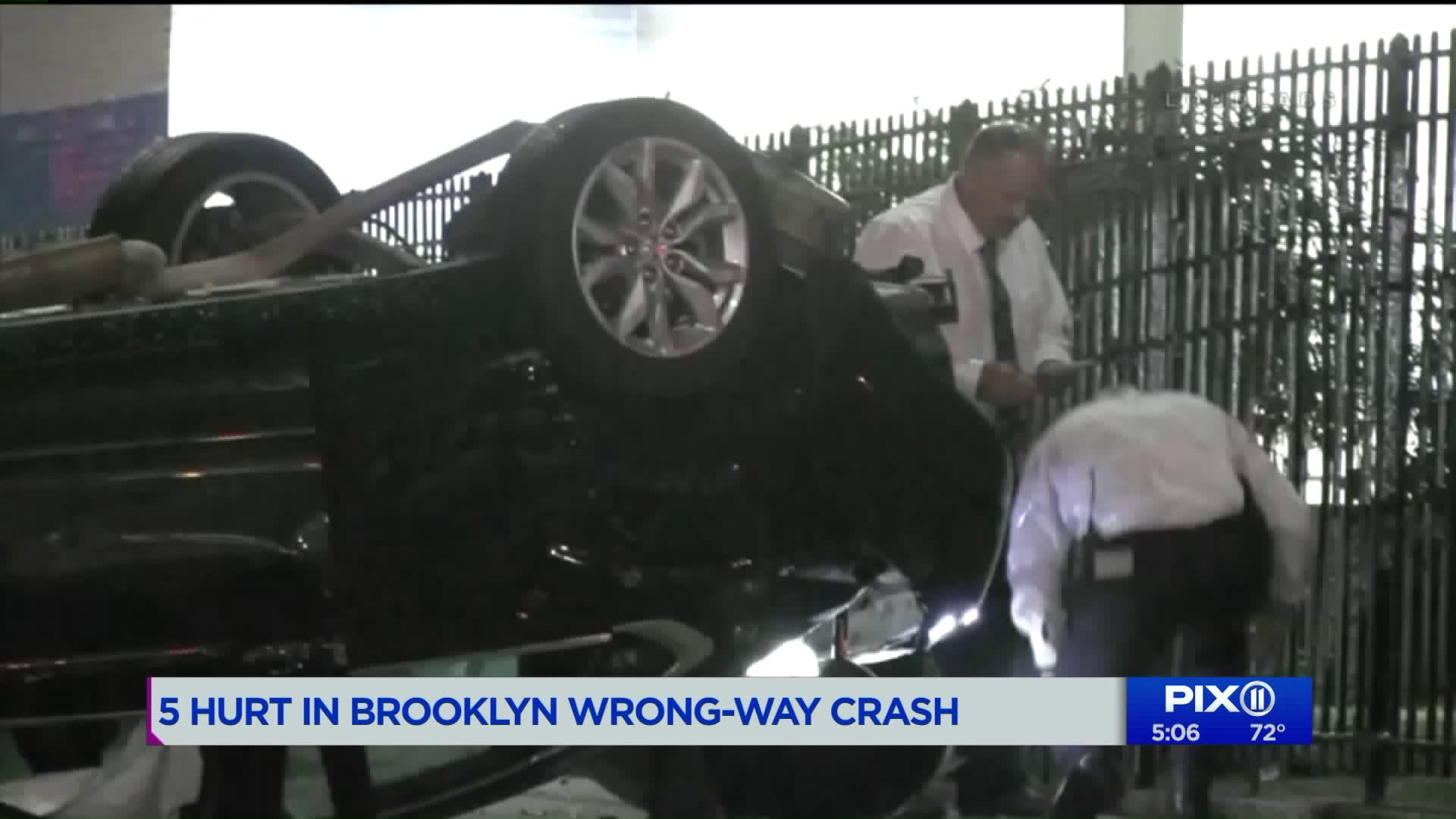 BROWNSVILLE, Brooklyn  — Five people were hospitalized, with one critically injured, after a destructive crash in Brooklyn early Thursday, according to authorities.

Just before 1 a.m., a Chevy Impala driving the wrong way down a Brownsville street crashed into a Nissan Altima with five people inside, authorities said.

The collision happened near Chester Street and Sutter Avenue, the FDNY said, and caused one of the cars to flip and catch fire.

A 27-year-old man is in critical condition after the crash, transported to the hospital in cardiac arrest, authorities told PIX11's Kirstin Cole.

All five were transported to a nearby hospital, authorities said.

Police chaplain Bishop Willie Billips told PIX11 he visited all the victims in the hospital, trying to bring them comfort. He credited the NYPD and FDNY for quickly getting the victims to the emergency room.