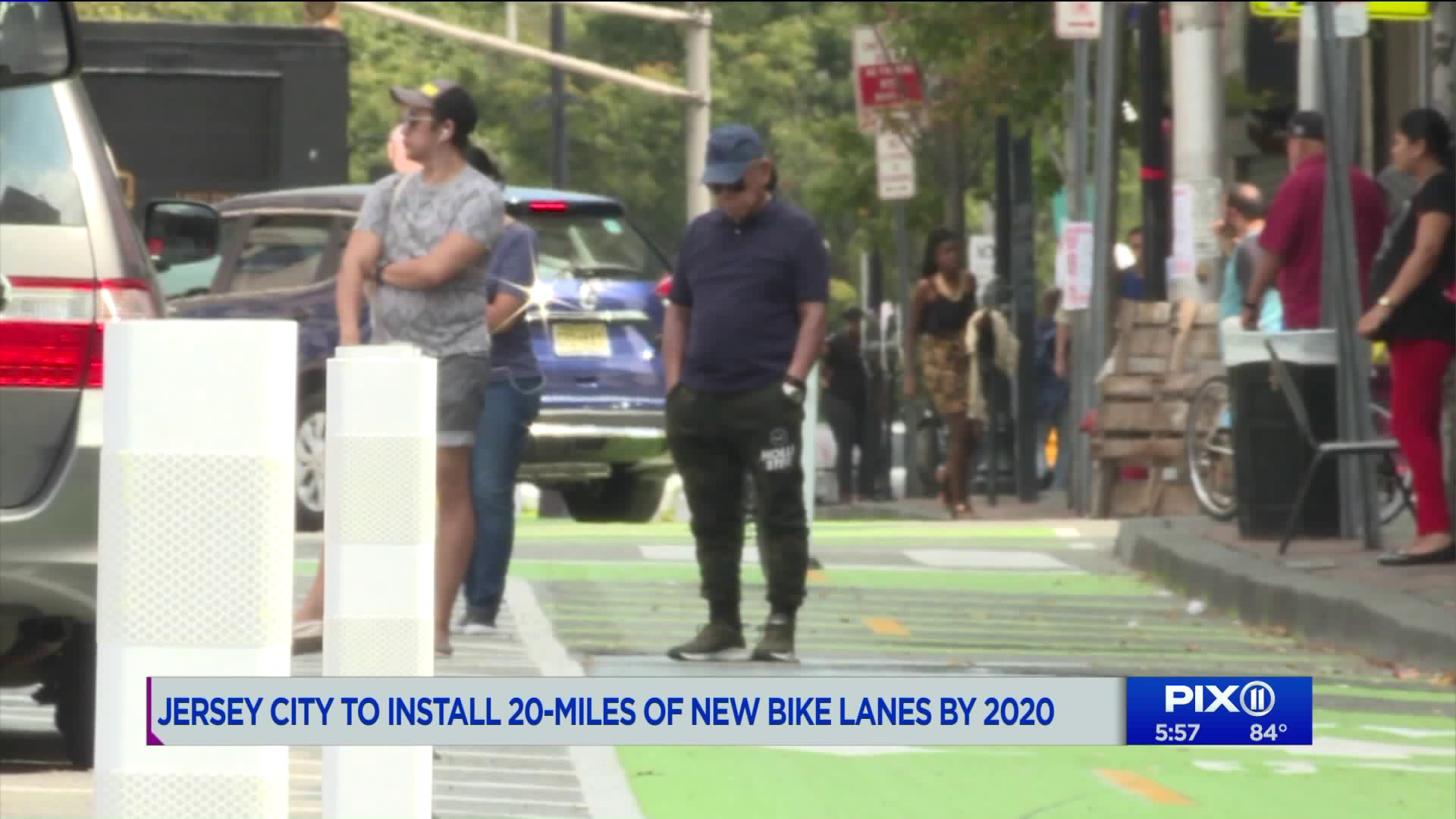 Jersey City is going on a road diet, replacing lanes of traffic with room for cyclists and scooters.

JERSEY CITY — Jersey City is going on a road diet, replacing lanes of traffic with room for cyclists and scooters.

The city hopes to deploy 20 miles of protected, connected bike lanes by the end of this year.

"One of the objectives is to create roads that aren’t only for cars," Jersey City Mayor Steven Fulop said on Bergen Avenue this afternoon, where one of the lanes is already active. In the past decade on this block, 30 people have been hit and two have died.

Jersey City is aiming to eliminate that.

"I think a lot of people will use it and it will be a lot safer for the neighborhood," said Kevin Velazquez, a cyclist who uses his bike to deliver Uber Eats. Velazquez says he was hit by a car once and feels better when riding in a bike lane.

For drivers, Bergen Avenue and other roads will be more constricted. As car lanes shrink from 4 to 2 on this particular block to make room for cyclists.

The city says 50 percent of households near Bergen Avenue don't own cars, so it makes sense to make more room for scooters, cyclists and pedestrians on the road.