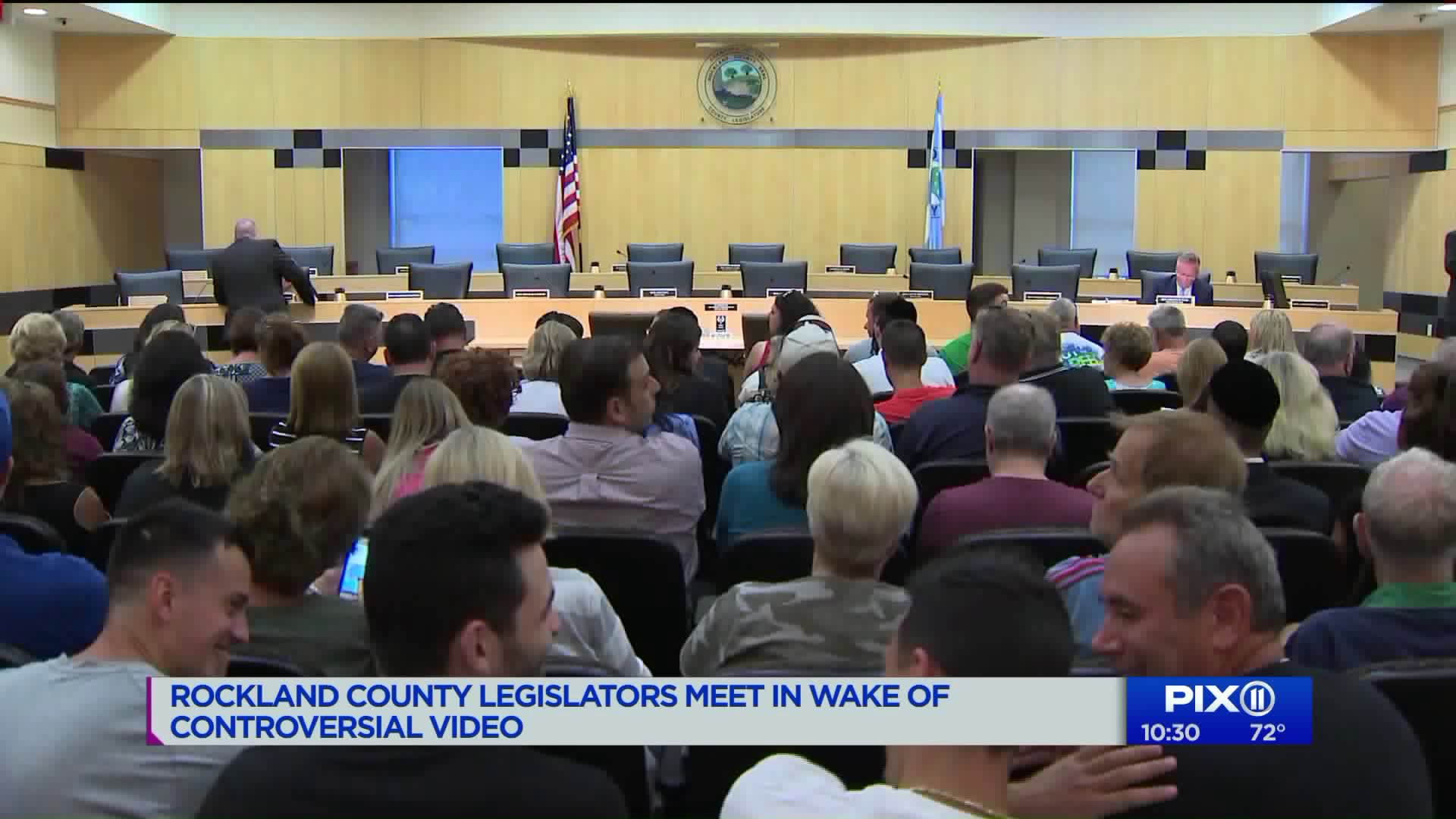 The line to get in to the Rockland county legislators meeting began forming hours before the 7pm start time to talk about a video creating controversy.

NEW CITY — Rockland County residents sounded off during a public discussion session with a resolution on the agenda to condemn a controversial video by the county’s Republican Party last week.

The video, posted on Facebook, has now been deleted.

The line to get in to the Rockland County legislators’ meeting began forming hours before the 7 p.m. start time. Inside, the maximum capacity was quickly met, many people wound up stuck outside when the public discussion session began.

The GOP released ad shows dark clouds with ominous music stating “a storm is brewing in Rockland County” and “if they win, we lose.”

The “they” is orthodox Jewish residents and what is seen as their overdevelopment in the area. The ad also targets Hasidic Jewish legislator Aron Wieder. The video has been widely condemned as anti-Semitic.

Many in attendance this evening disagree and say the video’s message of overdevelopment speaks the truth.

“There have been greedy developers building in Ramapo for the last 20 years and they’re spilling into other neighborhoods including my neighborhood and I want to stay here,” said Susan Montemorano.

Instead of a discussion about the video, public discussion tonight turned into a stern condemnation of Wieder. Wieder has been Heavily criticized for suggesting fellow legislator Laurie Santulli — and others who disagree with him — are anti-Semites.

Wieder's critics are asking the legislature to formally reprimand him. No word on whether action will be taken.