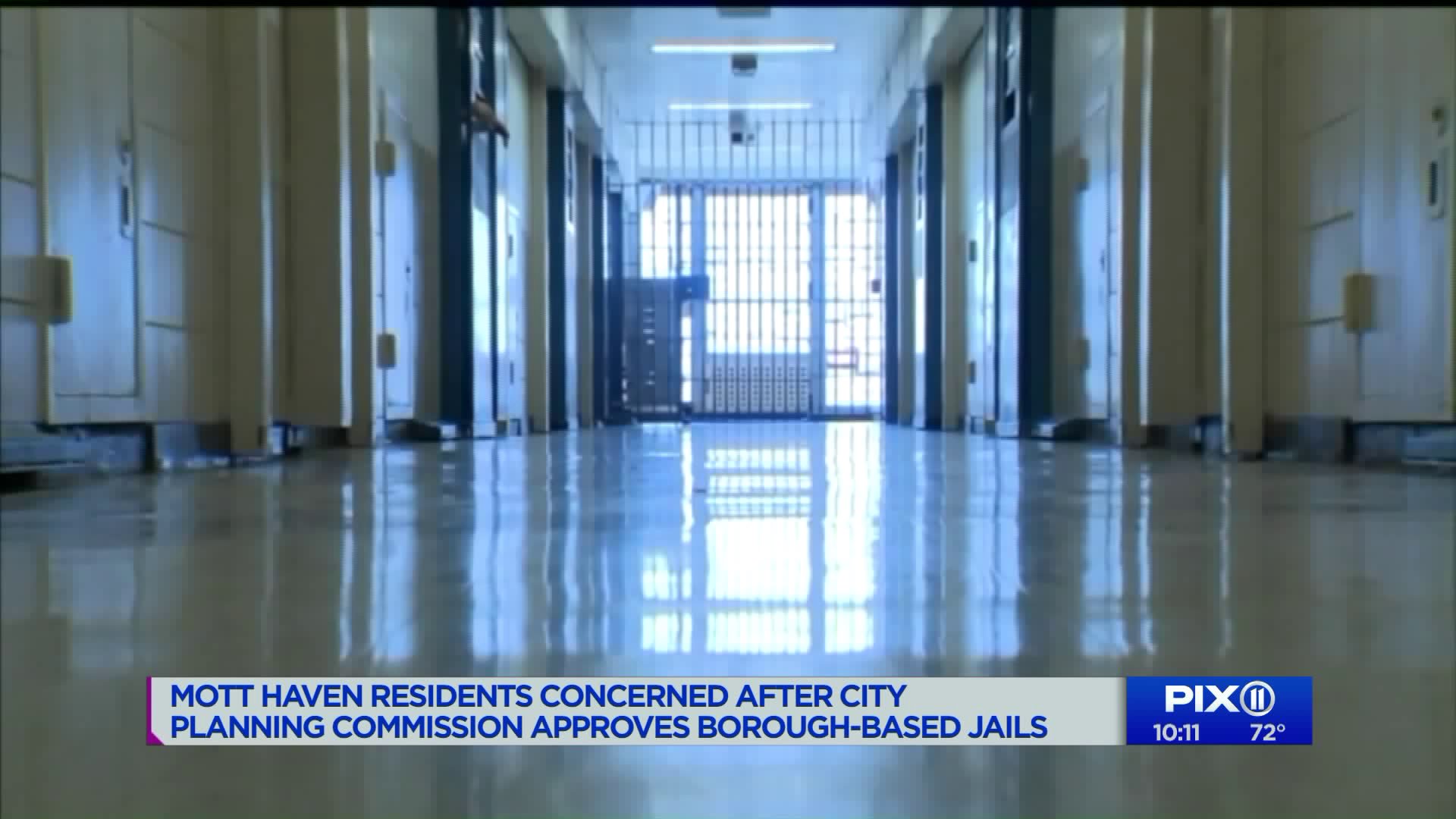 They fear building a new jail on this site would only make things worse. Concern is only growing following Tuesday`s 9 to 3 vote on the City Planning Commission in favor of Mayor Bill de Blasio`s plan to shut down the Rikers Island jail and replace the troubled facility with four borough based jails.

MOTT HAVEN, the Bronx — If you ask residents who work and live near the NYPD tow yard in the Mott Haven section of the Bronx, they’ll tell you things are certainly not perfect in this neighborhood.

They fear building a new jail on this site would only make things worse. Concern is only growing following Tuesday’s 9 to 3 vote on the City Planning Commission in favor of Mayor Bill de Blasio’s plan to shut down the Rikers Island jail and replace the troubled facility with four borough based jails.

"We got a lot of kids and it's not good," Bronx resident Olga said. "We gotta look out for our safety."

The Mott Haven, Bronx jail would be built on the site of the tow pound – and within a three block radius of two schools, a homeless shelter, a park, a playground and thousands of worried residents like Courtney McGowan.

McGowan is concerned about children growing up across from a jail.

"[They may] act like 'that's our future and there's nothing better that we can see in our neighborhood," she said.

Bronx Borough President Ruben Diaz, Jr.said his suggestion for an alternate site – next to the existing Civic Center, just off Grand Concourse…is falling on deaf ears inside City Hall.

"What about men, women and the families who live in public housing? These are folks who are going the winter without heat and hot water, who still have lead paint there and we still haven't mitigated that as a city," he said. "And yet, here we are saying the city is prepared to invest a billion, $2 billion in a state of the art facility to incarcerate our kids in a bad plan. This is not the way we should govern."

“The City continues to be actively involved in a dialogue with residents in many areas, including those in Mott Haven, to ensure the best possible plan for each community," the spokesperson said.