Dorian won’t make landfall in Florida, but the East Coast is still under threat 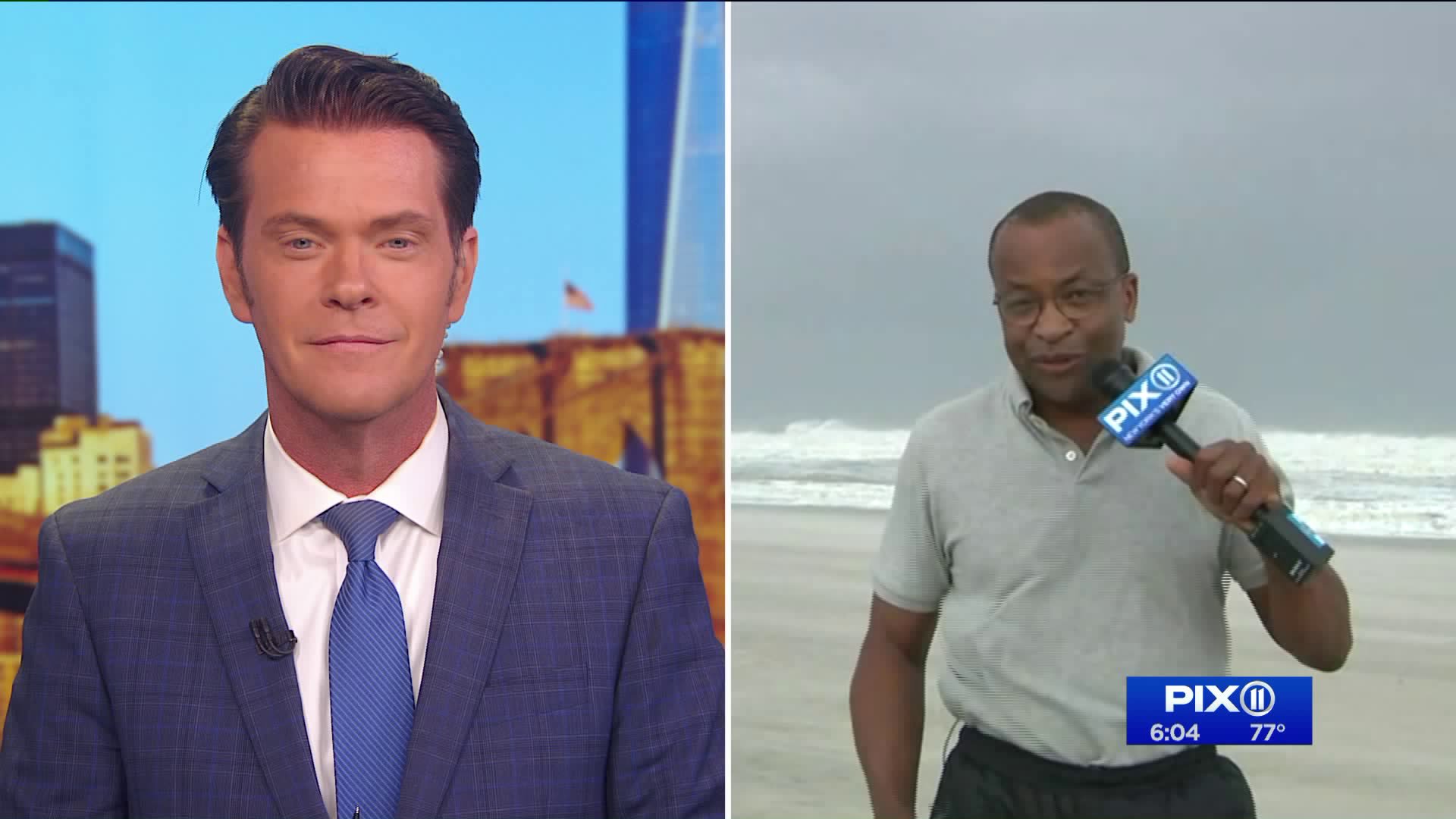 PIX11`s James Ford is live in Florida following the path of Hurricane Dorian.

NEW YORK — Hurricane Dorian will move "dangerously close" to Florida overnight Tuesday, but the Category 2 storm is not currently expected to make landfall in the US over the next few days.

Still, a wobble here or a strong outer band there could bring its path of destruction closer to the Carolina coasts, including in Charleston, Wilmington and the Outer Banks.

The hurricane has pummeled the Bahamas, causing at least five deaths and yet-untold destruction from flooding and wind damage. But the storm has not, as American officials had worried, torn up the eastern coast of Florida. Still, 12 Florida counties were under mandatory evacuation orders on Tuesday morning.

The National Hurricane Center said the risk of hurricane-force winds along North Carolina's coast is increasing, as is the threat of flash floods along the Florida coast. That risk will spread up the southeast and mid-Atlantic coast for the rest of the week.

Hurricane Dorian decreased to a Category 2 storm with 110 mph maximum sustained winds, according to the National Hurricane Center's 11 a.m. advisory. Despite the decrease in maximum intensity, Dorian is growing in size; hurricane-force winds extend out 60 miles from the center of the storm, while tropical storm-force winds extend out 175 miles.

For now, Florida officials said they were worried that restless residents might lower their guards and venture outside to stave off cabin fever amid still-dangerous winds, rain and flooding.

"The amount of time it's taken for this storm to get here is unlike any of the storms we've seen before, and I believe that is becoming one of the biggest hazards," St. Augustine Beach Mayor Undine George said. "People are getting tired and fatigued from the message, but they need to heed the warnings."

Hurricane Dorian is about 105 miles east of Fort Pierce and is moving to the northwest at about 2 mph. The official forecast predicts that the storm's center will stay about 100 miles off the coast, but hurricane-force wind gusts are likely to be overland along Florida's east coast. A storm surge of 4 to 7 feet is also possible along the coast.

The National Hurricane Center expects the storm to pick up speed and come closer to the Florida coast late Tuesday into Wednesday night. From there, Dorian is expected to move near the Georgia and South Carolina coasts until Thursday and then near or over the North Carolina coast late Thursday.

Dorian traveled just 30 miles in 30 hours from midnight Monday through Tuesday morning. The slow speed of the storm meant that Florida residents have been hunkered down in anticipation of the storm for almost a week now. Schools and offices are shut down, beaches are closed and residents along the water or other low-lying areas have evacuated.

The risk now, Vero Beach Mayor Val Zudans said, is that cabin fever sets in and residents start to leave their homes before the storm fully leaves the area.

"Just stay in your house until it's announced that it's OK to leave," he told CNN. "Don't mess it up in the end."

Florida is experiencing rain, wind, flooding and storm surge from Dorian, and there has already been one death in pre-storm preparations.

Bradley was on a small ladder trying to cover up the windows to his home Sunday afternoon. His wife was inside at the moment of the incident and ran outside when she heard the crash. By the time police got there, it was too late, Connor said.

Early Tuesday morning, a St. Lucie County Sheriff's deputy patrolling flooded areas was injured in a head-on crash. The driver of the other vehicle admitted to being under the influence of alcohol and drugs and was driving with a suspended license, police said. Both the deputy and the driver were transported to a local hospital with non-life threatening injuries.

"With Hurricane Dorian stalled throughout the night, the winds and rain we expected throughout the night have been delayed and we will most likely see them impact us today," said Sheriff Ken Mascara. "I repeat my plea to all residents to stay at home and off the roads until Dorian has completely passed our area. It is just too risky and too dangerous to be out and about."

In Georgia, Gov. Brian Kemp issued evacuation orders for 12 counties, urging residents to get out.

"This storm remains a critical threat to Georgia," Kemp said, according to CNN affiliate WSB. "This storm is not moving. It's massive. I would not take any chances. It's not worth the risk of riding it out."