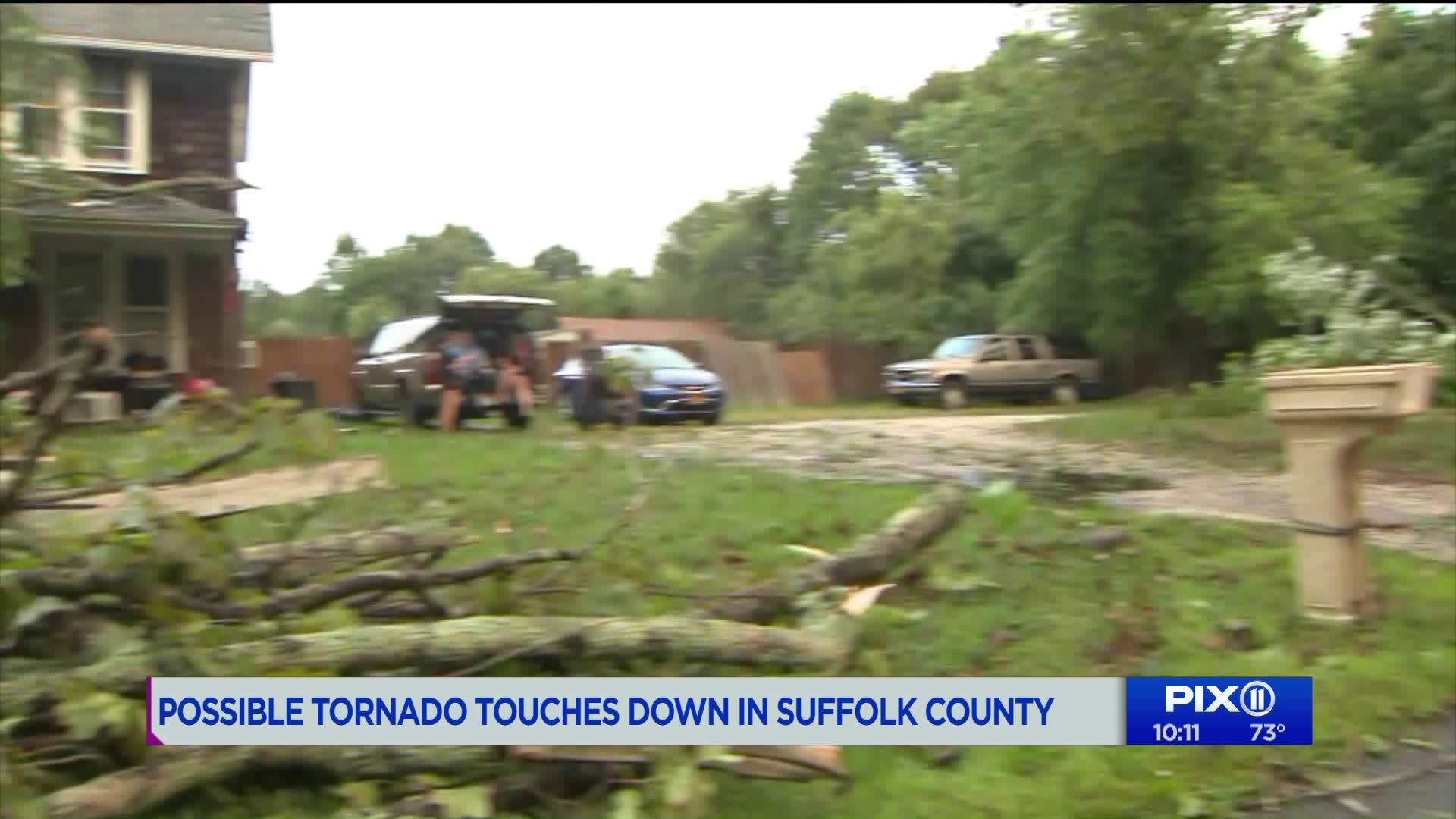 MANORVILLE — The National Weather Service has confirmed an EF-0 tornado touched down in the Suffolk County town of Manorville this afternoon.

“I seen everything spinning around I heard like a whooping noise and you could see things spinning in the air,” said Amanda Caliguiri.

“I ran to the front window up there
and saw something like a tree go by house started shaking,” said Diane Caliguiri. “It was loud you could hear cracking.”

The Caliguiri family has lived in Manorville for 15 years and they say they’ve never seen anything like they did today.

This afternoon a water spout was spotted over Fire Island. Then, at 4:38 p.m., an emergency alert went out to residents in this area about a tornado warning telling them to take shelter immediately.

The fast-moving storm left a trail of destruction. The Caliguiris have two cars damaged and five windows blown out, a downed power line as well as fallen trees and other debris pressed up against their front door trapping them inside until they were able to force it open.

Around the corner, sections of Dayton Avenue completely blocked off by downed trees.

Spano used a chainsaw to get rid of what he could from his front lawn.

People who live here say. they saw the ominous funnel cloud feel certain this was indeed a twister. Late tonight, the NWS confirms the tornado was on the ground for 1.6 miles. The EF-0 tornado brought with it estimated maximum wind speed of 85mph.