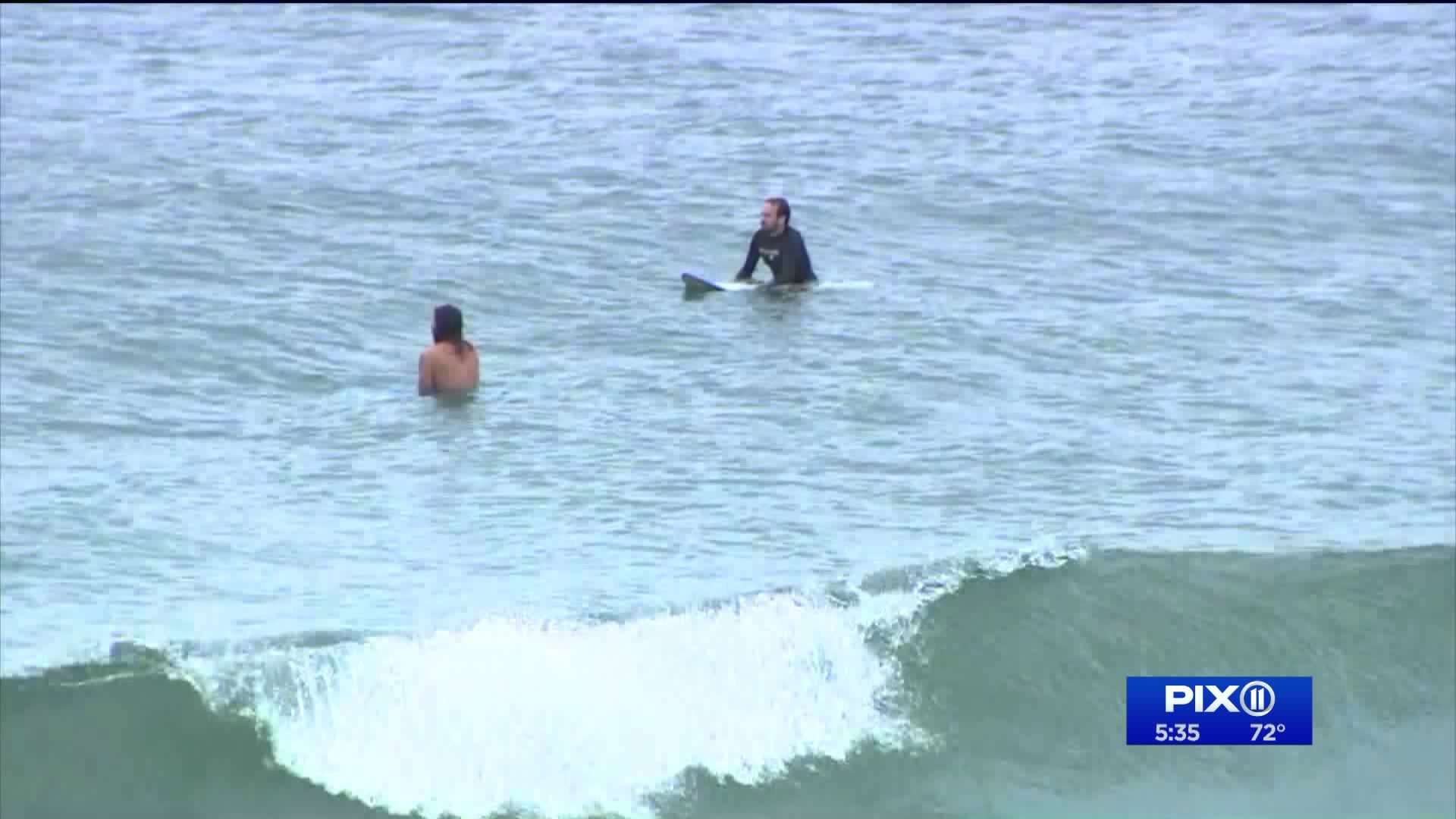 Jupiter is under a hurricane warning. All day it`s been buffeted by winds, getting bands of rain and even thunderstorms.

JUPITER, Fla. — Jupiter is under a hurricane warning. All day it’s been buffeted by winds, getting bands of rain and even thunderstorms.

With all anxiously eyes raised skyward waiting for Dorian to make the turn to the north, Dorian is the biggest show in town.

"This is amazing, this is crazy," said Jayda Davis of Pahokee, Florida.

The crashing waves and whipping winds were playing to a sold out crowd along the Palm Beach shoreline, one that admits they’re anxious.

Maryanne Kemp of West Palm Beach pulled over at the foot of the incredible Palm Beach Mansions and was getting emotional as she took pictures of the pounding surf. She says she’s fearful of what Dorian will bring, especially because her home is unprotected.

"My home is vinyl," she said. "My landlord didn’t want to put up shutters and I thought, well I’ll have God’s hands as my shutters. He’ll protect my home.”

Mayor Todd Wodraska of Jupiter worries too. He’s evacuated tens of thousands of his citizens from barrier island and knows just the slightest change in direction puts his people at risk.

“A wobble to the west and if people didn’t heed the evacuation warning they are stuck  and that puts our first responders in jeopardy,” Wodraska said.