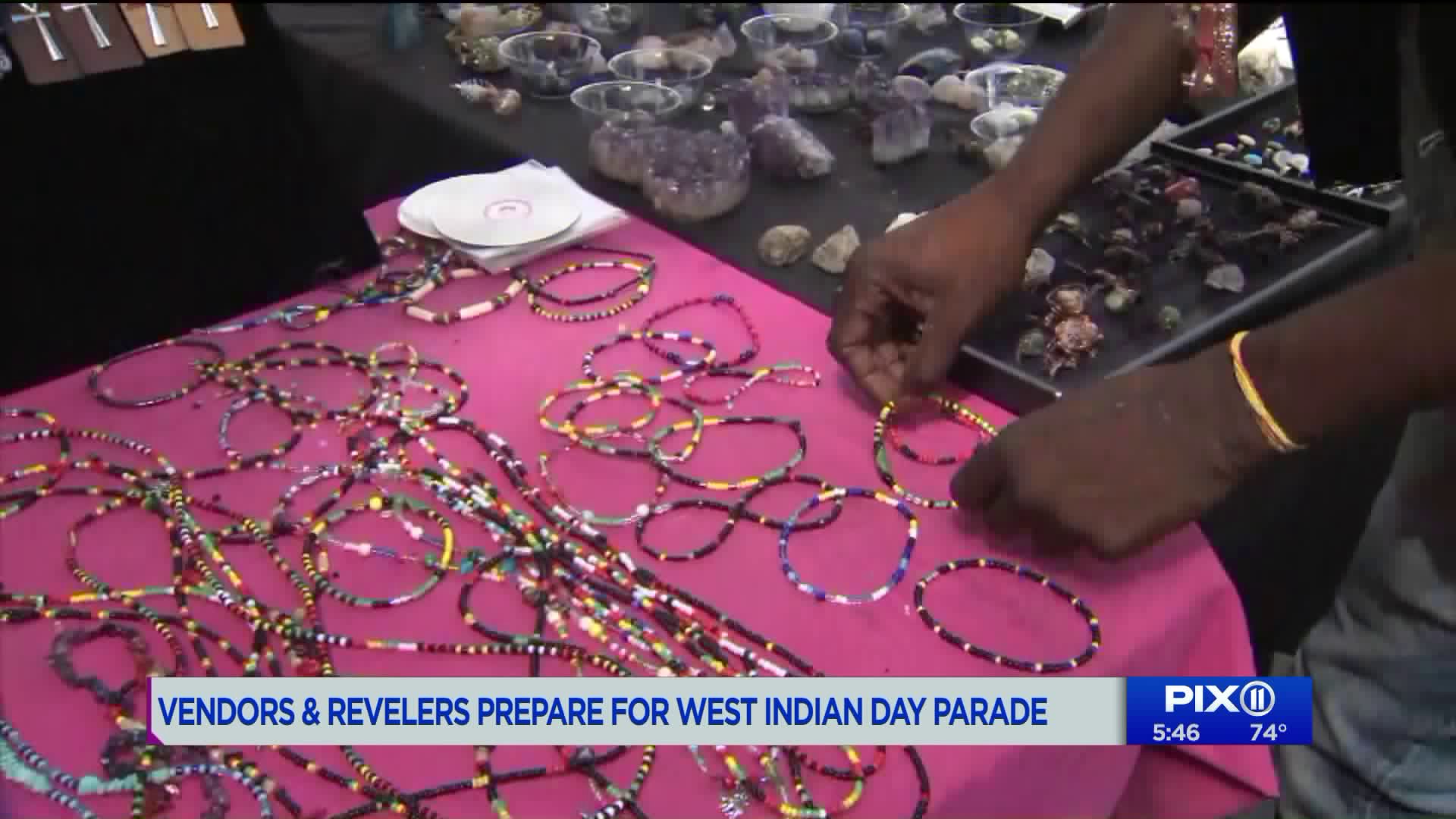 Colorful, costumed crowds will take on the streets of Brooklyn as the sound of steel drums flood the streets at one of the largest Caribbean Carnival celebrations in New York City. The annual J`Ouvert festival and West Indian Day Parade will take place on Monday.

CROWN HEIGHTS, Brooklyn — On Monday, Eastern Parkway will have a sea of masqueraders in colorful costumes, floats with soca music bumping, food, flags and revelers showing off their Caribbean Pride.

Vendors were already set up on Sunday.

“You have things to sell, you have to get it out before,” said Arlene one of dozens of vendors along the the parkway, selling everything from t-shirts to flags and bandanas.

Most of them, who represent the islands too, look forward to the carnival weekend for the culture and the cash.

As tens of thousands of people make their way to Crown Heights for J'ouvert, which signals the start of carnival, and, the parade, the NYPD is on the ready - saying cops and cameras will be everywhere along the route, along with cement barriers, sanitation trucks filled with sand at 13-entry points.

“People from all over the world come here for this Caribbean-American experience,” said Denise Thomas, a veteran who’s been vending along the parkway for the parade weekend since 2002.

In the meantime, people on the parkway we talked with say, whether or not you’re working along the parade route, you don’t have to be Caribbean to enjoy the day.

“You stay up all night, make money, enjoy yourself,” said Tre Brown, another vendor who makes thousands of dollars selling goods along the parade route every year. “I like the variety, I notice it’s becoming more inclusive blacks, whites, everybody, it’s way it’s suppose to be, one-love.”

The parade officially kicks off at noon.