Newark high-rise residents told they’re safe, only to have test show lead in their water 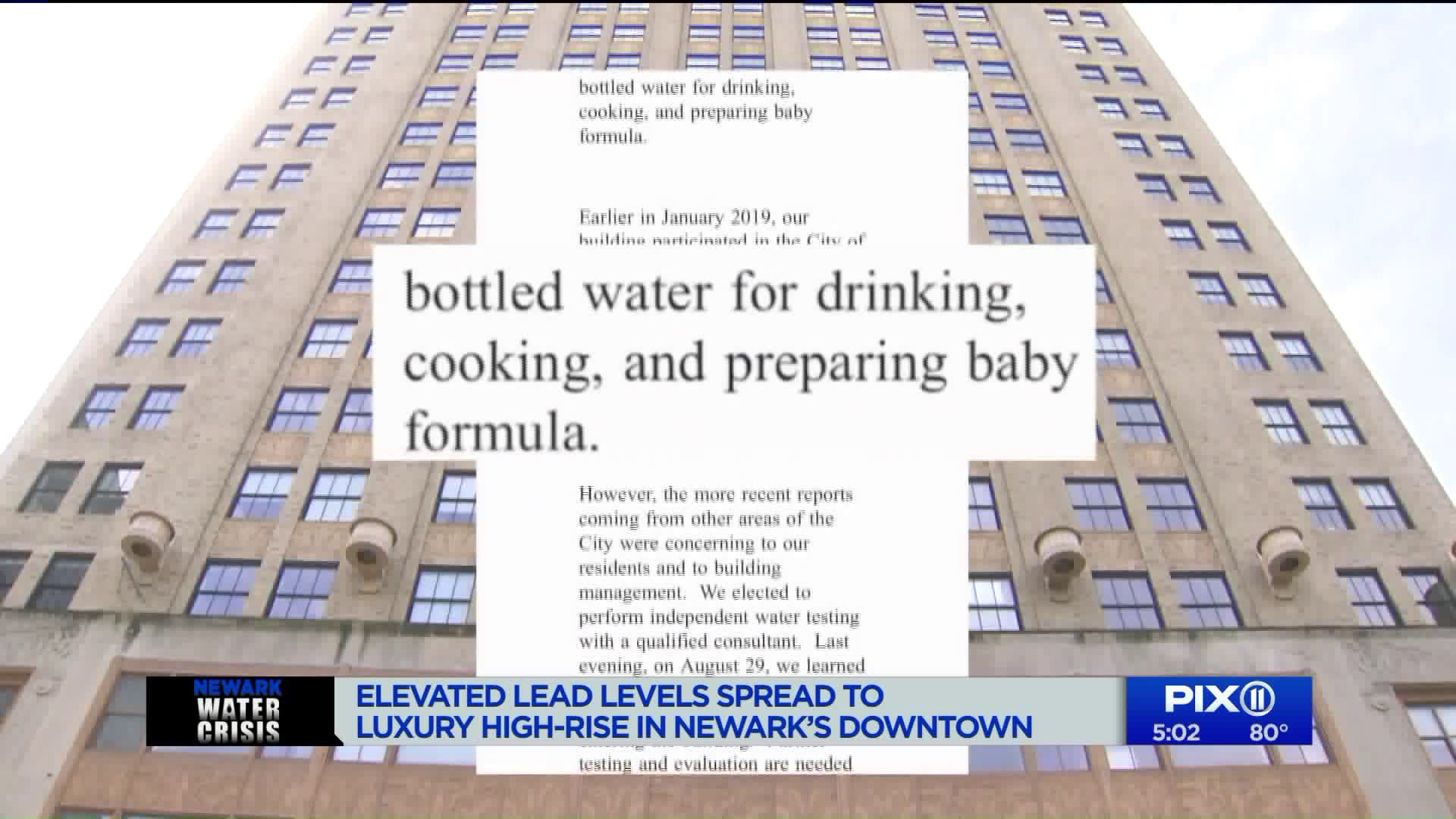 Residents of the Eleven80 building in Newark say they got an email from building management two-weeks ago saying there weren`t any lead pipes in the building. Things seemed safe. Until they got another email from management.

NEWARK — Residents of the Eleven80 building in Newark say they got an email from building management two-weeks ago saying there weren’t any lead pipes in the building. Things seemed safe.

Today, an independent test conducted at the Newark high-rise shows that's not the case, with high led levels found in the building's water supply.

Conlon spoke to PIX11 Saturday, one day after a federal court decided not to order the city of Newark to provide bottled water in the city's eastern district to residents who are pregnant or have children six or under.

That same day, residents like Conlon who live in this Newark high-rise received an email saying there is an elevated level of lead in their tap water.

We’re told the building receives water from the Wanaque treatment plant, not the Pequannock plant that caused lead levels to rise on the west side.

According to the email from building management, residents are being asked to not use the water for drinking, cooking, preparing baby formula, or brushing teeth.

As the ongoing lead water crisis continues in Newark, the city is handing out water to people only in the Pequannock area.

The mayor says he’s committed to replacing every remaining lead service line in the city, quickly and at no cost to residents.

"As a court reaffirmed yesterday, testing of the water in the Wanaque system has found that it continues to operate well within federal standards. The City of Newark collected a water sample from the Eleven80 building on January 10, 2019 and found a lead level of less than 5 parts per billion, which is below the EPA's lead action level of 15 parts per billion. It is important to note that all of our tests are analyzed at an outside lab to ensure independence. The City did not perform the test recently conducted by a private company that was mentioned in news reports. The City was onsite conducting additional testing today, and we will continue to test the system to ensure the quality of our water supply."

Still, residents throughout Newark say it’s not fast enough, many of them, now forced to get tested for lead.