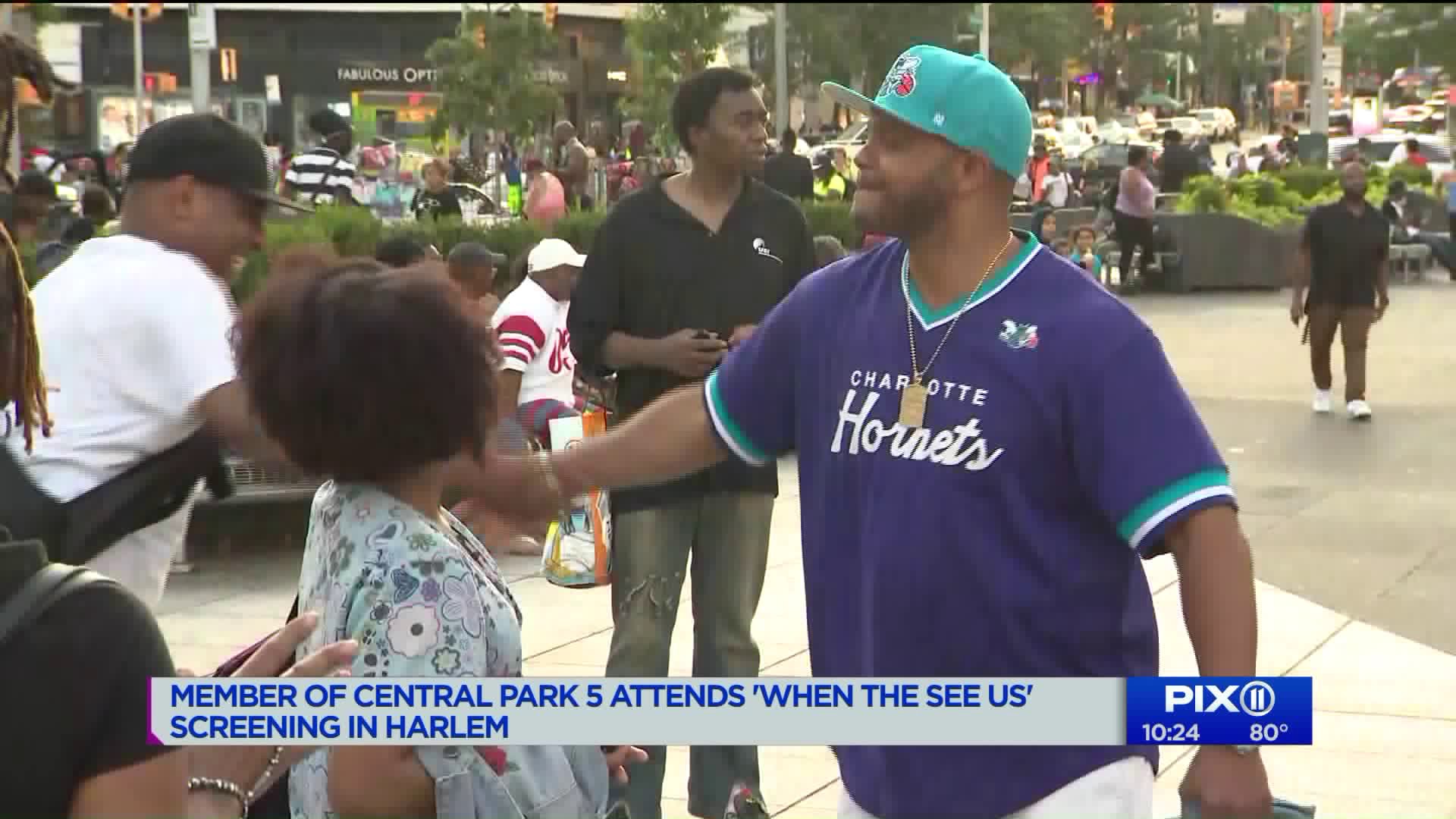 It was a homecoming of sorts for one of the exonerated Central Park Five.

HARLEM — It was a homecoming of sorts for one of the exonerated Central Park Five.

Not only was Kevin Richardson cleared of all charges but he clearly is beloved by the Harlem community.

“It feels rewarding and loved to get this reception from my home,” Kevin Richardson told PIX11 News. “This love and reception was more than I could ever ask for,” he added.

The 44-year-old Richardson, now a New Jersey resident and father of two little girls, was overwhelmed by the love and support at this outdoor screening of the Netflix series When They see Us.

“We want everyone to see us literally in this fight for justice,” Richardson told the crowd. “Thank you for supporting us for all these years. I stand here with the others in spirit,” he added.”

Also honored at tonight’s outdoor screening at the State office building on 125th St. was the mother of another exonerated teen, Sharonne Salaam, mother of Yusef.

“I always knew he was innocent, it wasn’t something I had to believe in,” Salaam told PIX11 News. “But I believed the others were innocent as well. I had a feeling,” she added.

Then it was time for the screening. The series sheds light on the five teenage boys, ages 14 to 16.m, accused of the 1989 rape of a female jogger in central park.

They maintained their innocence and said their confessions were coerced, but they were convicted and served time until 12 years later, when another man confessed to the crime, his DNA found on the victim.

“Ironically, he was a hero because even though he was the bad guy, he confessed to make sure that those who didn’t do it didn’t get caught in the situation,” said Bill Perkins, NYC Councilmember.

“Even so many years later, it’s still a fresh wound . To think that there might be other cases like this is something we can’t have,” said former Chief Deputy Attorney General of New York Alvin Bragg.

Only two of the four episodes of "When They See Us" were screened tonight. Next Friday night, the concluding segments will be screened and more of the exonerated five will be honored.