J’Ouvert and West Indian Day Parade 2019: Everything you need to know 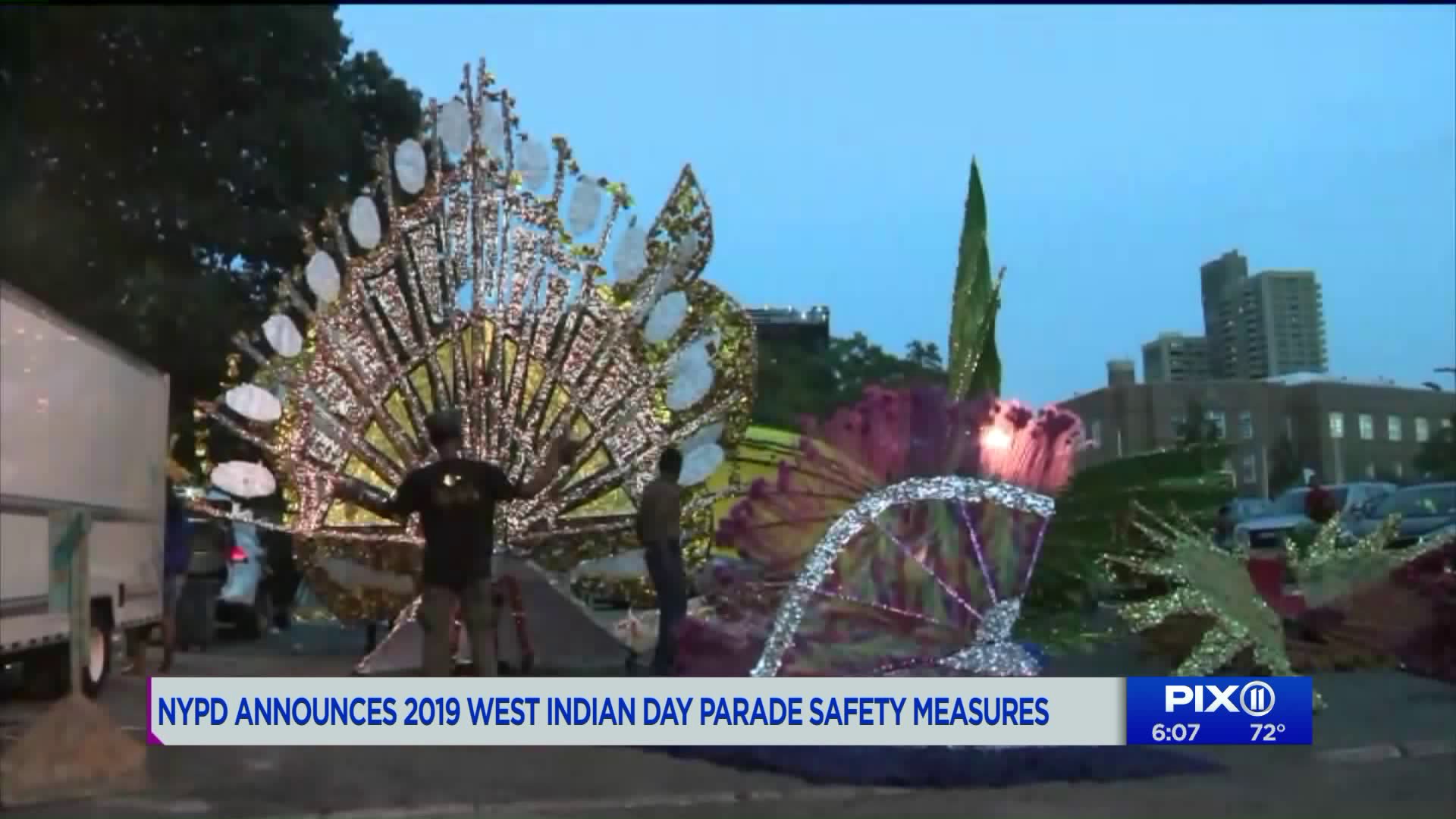 There will literally be a cop everywhere doing what they do best, keeping everyone safe.

NEW YORK — Colorful, costumed crowds will take on the streets of Brooklyn as the sound of steel drums flood the streets at one of the largest Caribbean Carnival celebrations in New York City.

J’Ouvert originates from the French “jour ouvert,” which means “daybreak” and signals the start of Carnival.

Here’s everything you need to know about this year’s festivities:

J’Ouvert celebrations begin at 6 a.m. and continue through 11 a.m.

The following streets will be closed Monday from 6 a.m. to 11 a.m. at the discretion of the NYPD. The West Indian Day Parade officially kicks off at noon and will proceed west along Eastern Parkway from Ralph Avenue to Grand Army Plaza.

New York City officials held a press conference Wednesday to discuss security measures for this year’s events. Security has been heightened in the recent years following a series of fatal shootings during the festivities, including the killing of Gov. Andrew Cuomo’s aide, Carey Gabay, during J’Ouvert in 2015.
“There will literally be a cop everywhere,” NYPD Commissioner James O’Neill said.

Along the route, cement barriers, sanitation trucks filled with sand and 13 secure entry points will be stationed.

There will also be a significant number of cameras positioned along the route, which will be monitored at real-time.

Weapons and alcohol will not be permitted at the parade. Large bags and backpacks will also not be allowed. Despite being decriminalized, police say pot is still illegal, so smoking in public is not suggested.