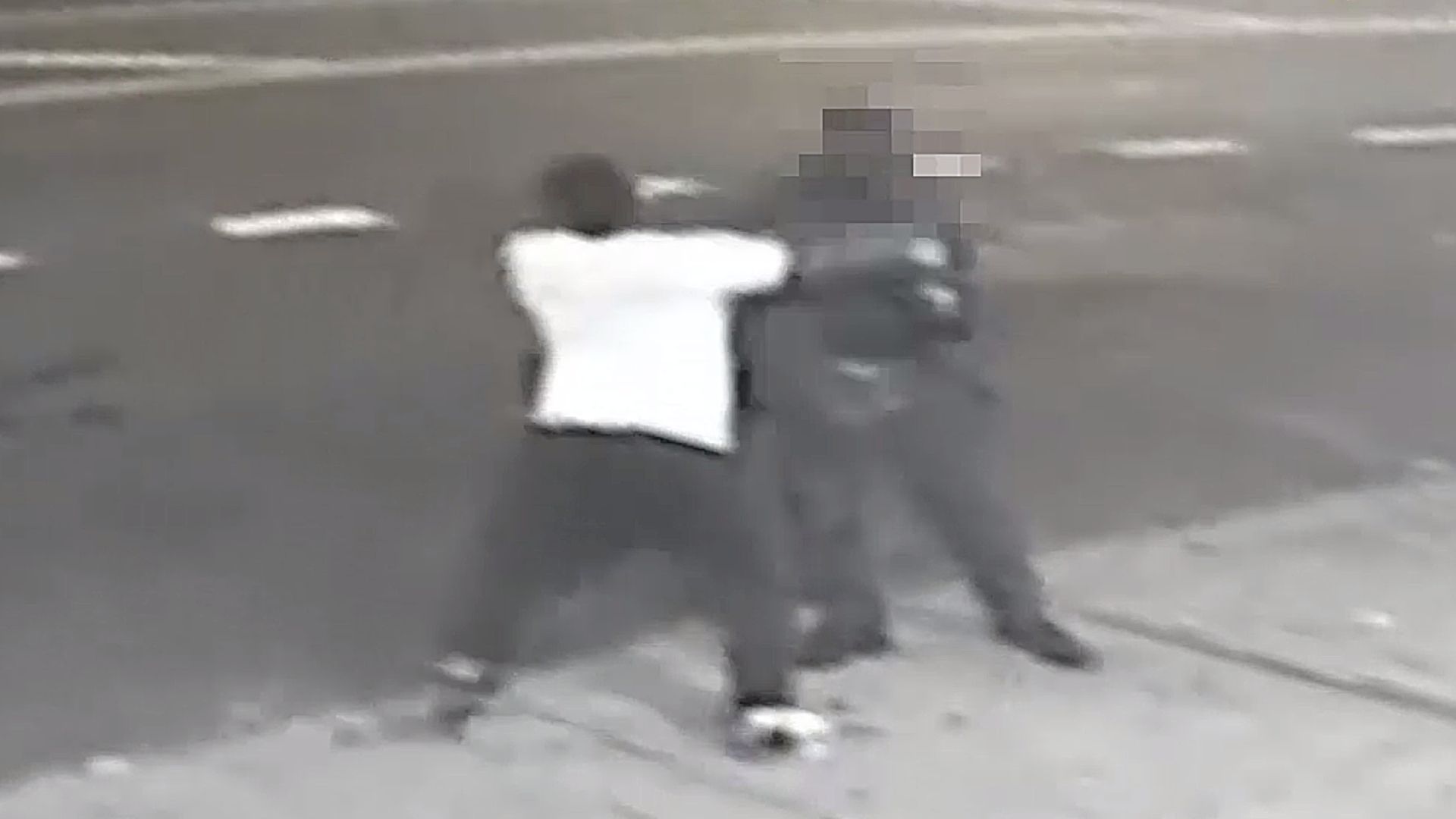 Police are looking for two men in connection to a brutal attack and robbery of a man at a Bronx bus stop on Friday, August 9, 2019. The 54-year-old man was standing at a bus stop for the BX17 bus, on Prospect Avenue in the Woodstock section of the Bronx around 12:15 a.m. when the man seen in this video punched him from behind, causing him to fall. The man later returned and stole $70 from the victim, police said. The victim is now listed in critical condition with severe brain hemorrhaging. 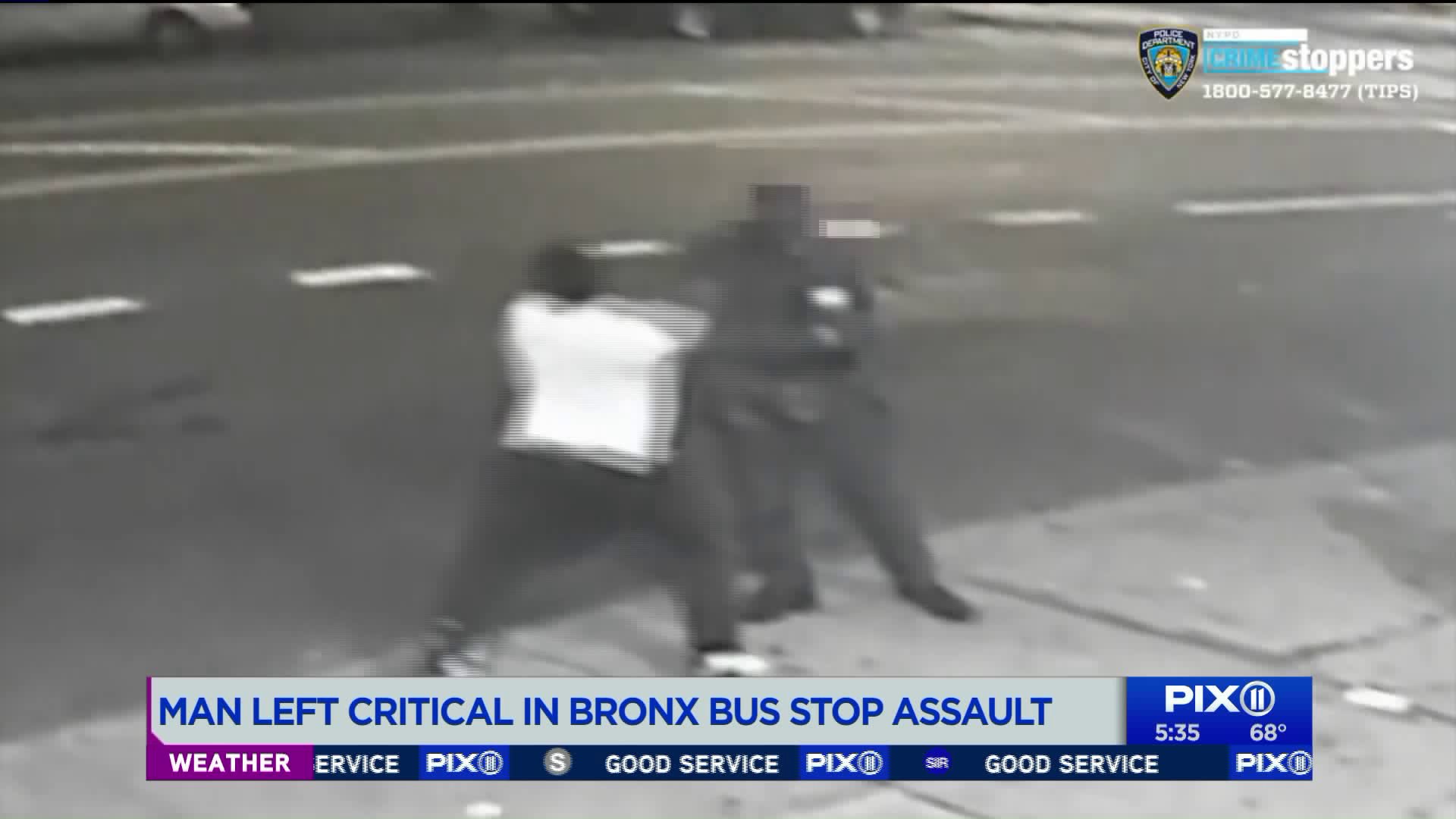 WOODSTOCK, the Bronx — Police are looking for two men in connection to a brutal attack and robbery earlier in August that left a man fighting for his life, they said.

The 54-year-old victim was standing at a BX17 bus stop, near the intersection of Prospect and Westchester avenues in the Woodstock section of the Bronx, just after midnight on Friday, Aug. 9, when an unidentified man approached him from behind and punched him in the back of the head, police said.

Authorities said the attack caused the victim to fall down into the street, as seen in new surveillance footage above.

The attacker initially fled the scene, but returned and punched the victim in the jaw and stole $70 in cash as he was trying to get off the ground, police said.

EMS responded and took the victim to a nearby hospital, where he is still listed in critical condition for severe brain hemorrhaging, according to authorities.

The alleged attacker is described by police as a man, 25 to 35 years old with facial hair, last seen wearing a white t-shirt, dark colored pants, white sneakers, and headphones.