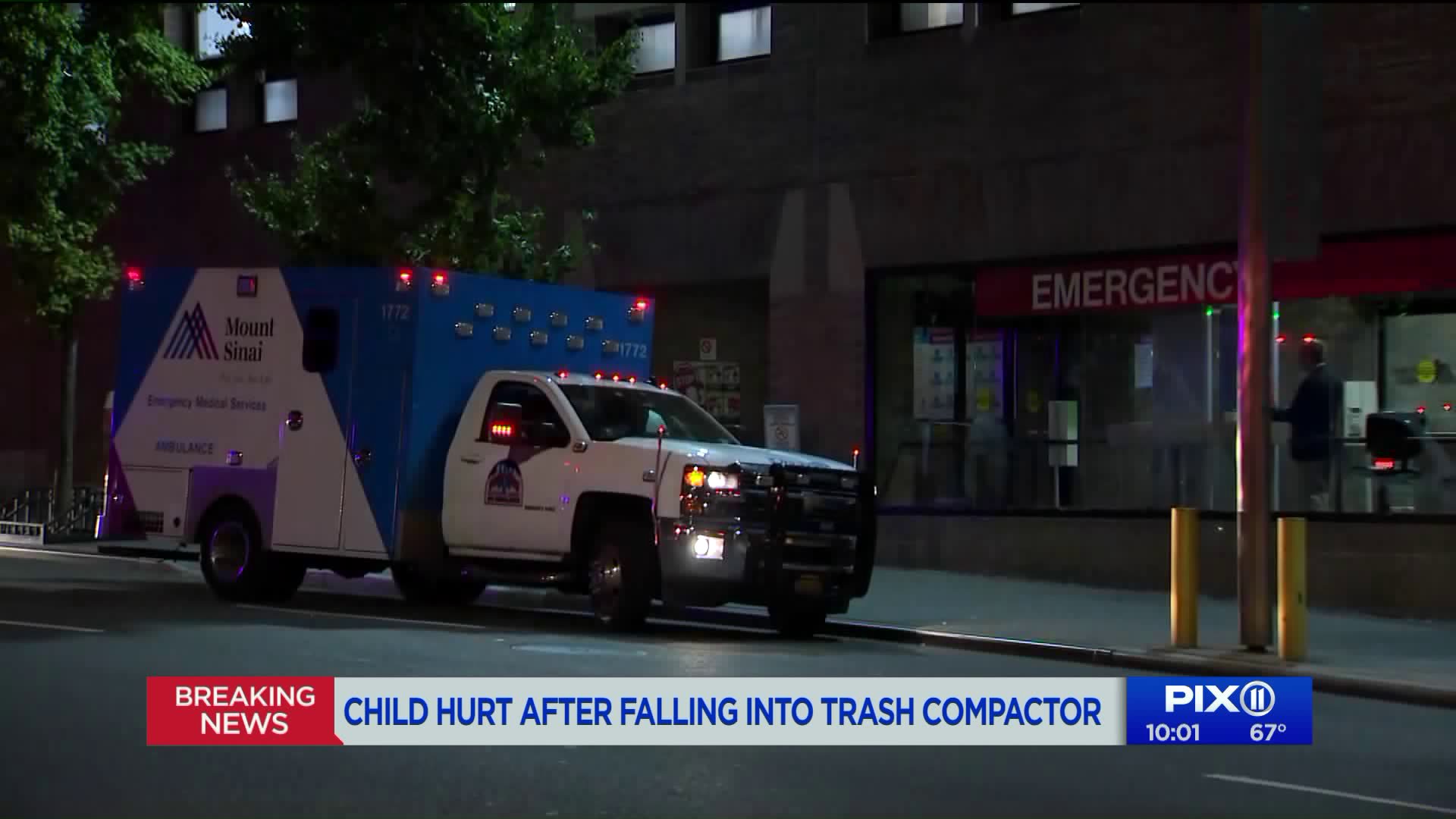 The boy was playing with another child when he fell in the trash compactor. He was found in the basement after the fall, police said.

He was found in the basement, police said. The child fell down the trash compactor of a building on 102nd Street near 2nd Avenue around 7:40 p.m.

He was apparently playing with several other children in the lobby when one of the children dared him to go into the trash compactor. The boy went in feet first and fell about 10 feet.