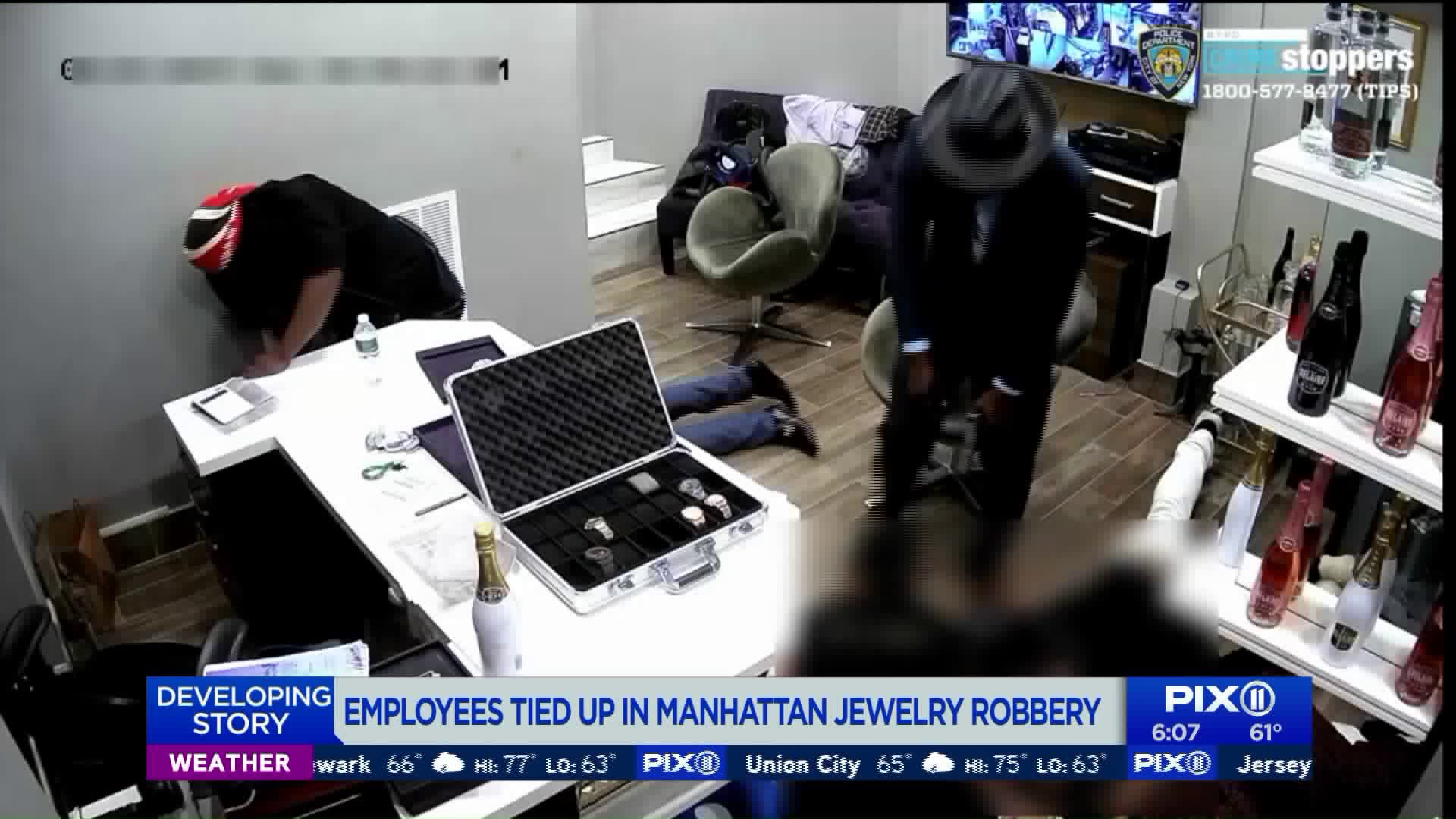 Three armed men posing as customers pulled off a heist in broad daylisth, Sunday around noon, at a Midtown jewelry store that`s regularly visited by rappers. The robbers pulled out guns in Avianne Jewelry on West 47th Street and zip tied four employees, police said. They cleared out the safe as well as several display cases The three men fled on foot toward Fifth Avenue. Some of the loot was stuffed in a stolen Avianne backpack. 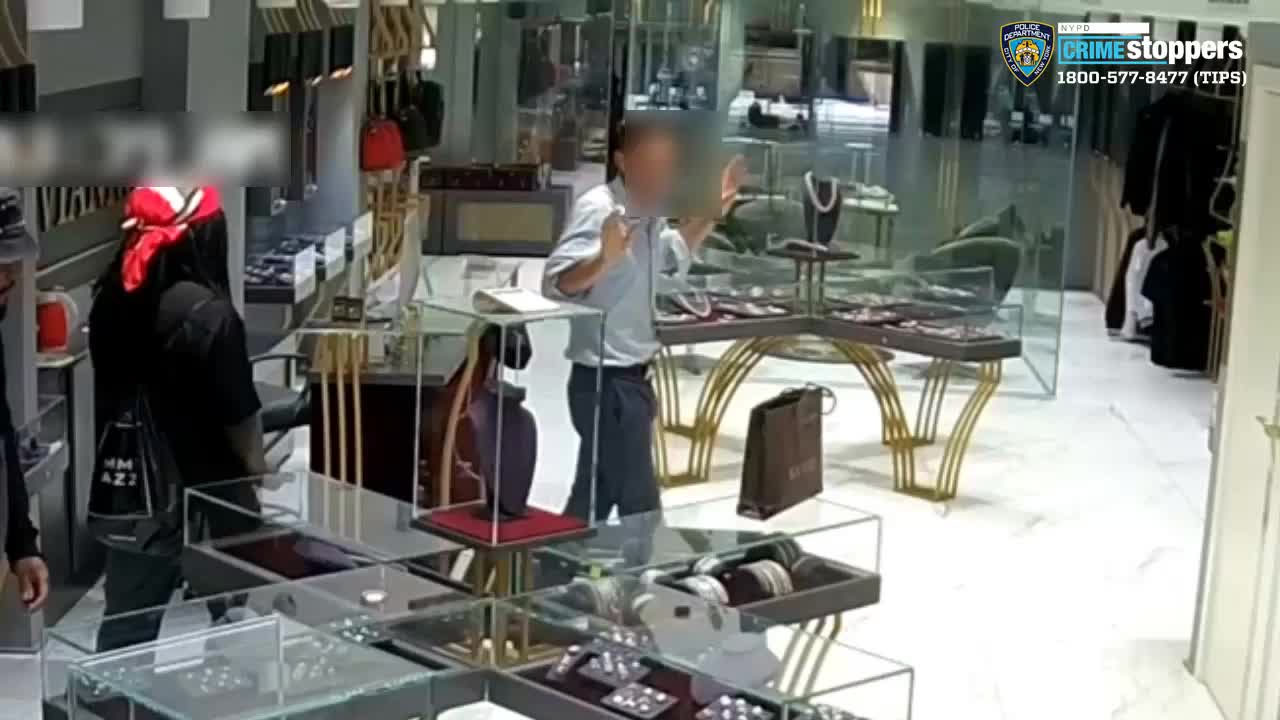 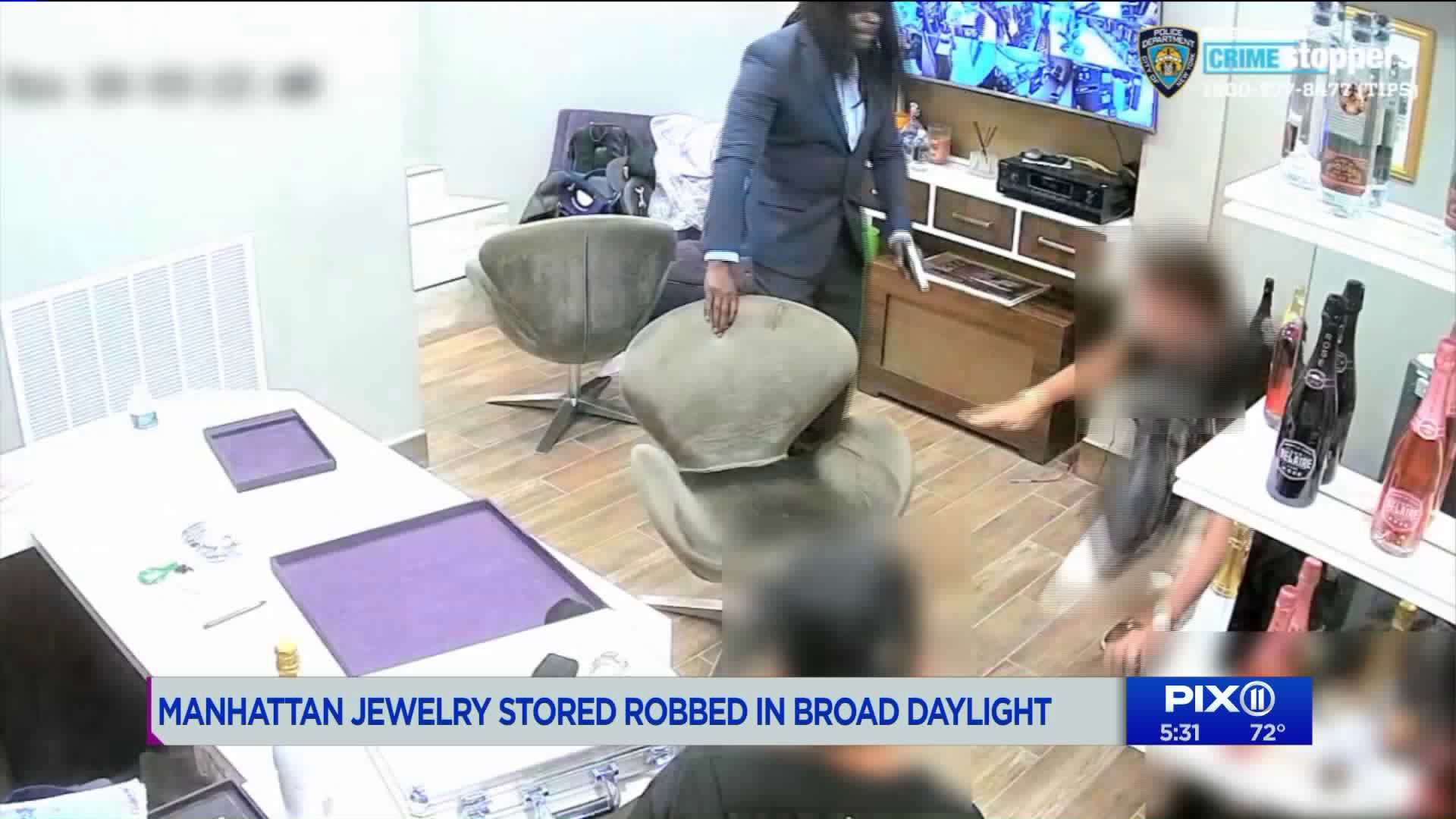 MIDTOWN, Manhattan — Video released Monday shows the moment armed robbers pulled out their weapons during a Manhattan jewelry store heist in which the thieves allegedly made off with more than $4 million in jewels.

Three armed robbers posed as customers in order to pull off the daytime heist, according to police.

Newly released surveillance footage, seen in the video above, shows a man sitting and acting casually as he talked to an employee, before pulling a gun out from underneath a table.

The man is then seen having the employee sit on the floor, as a second armed man entered the room.

No one was seriously injured, police added.

A friend of one of the employees who was tied up said the trio got away with more than $4 million in jewels, but police would not confirm how much was taken.