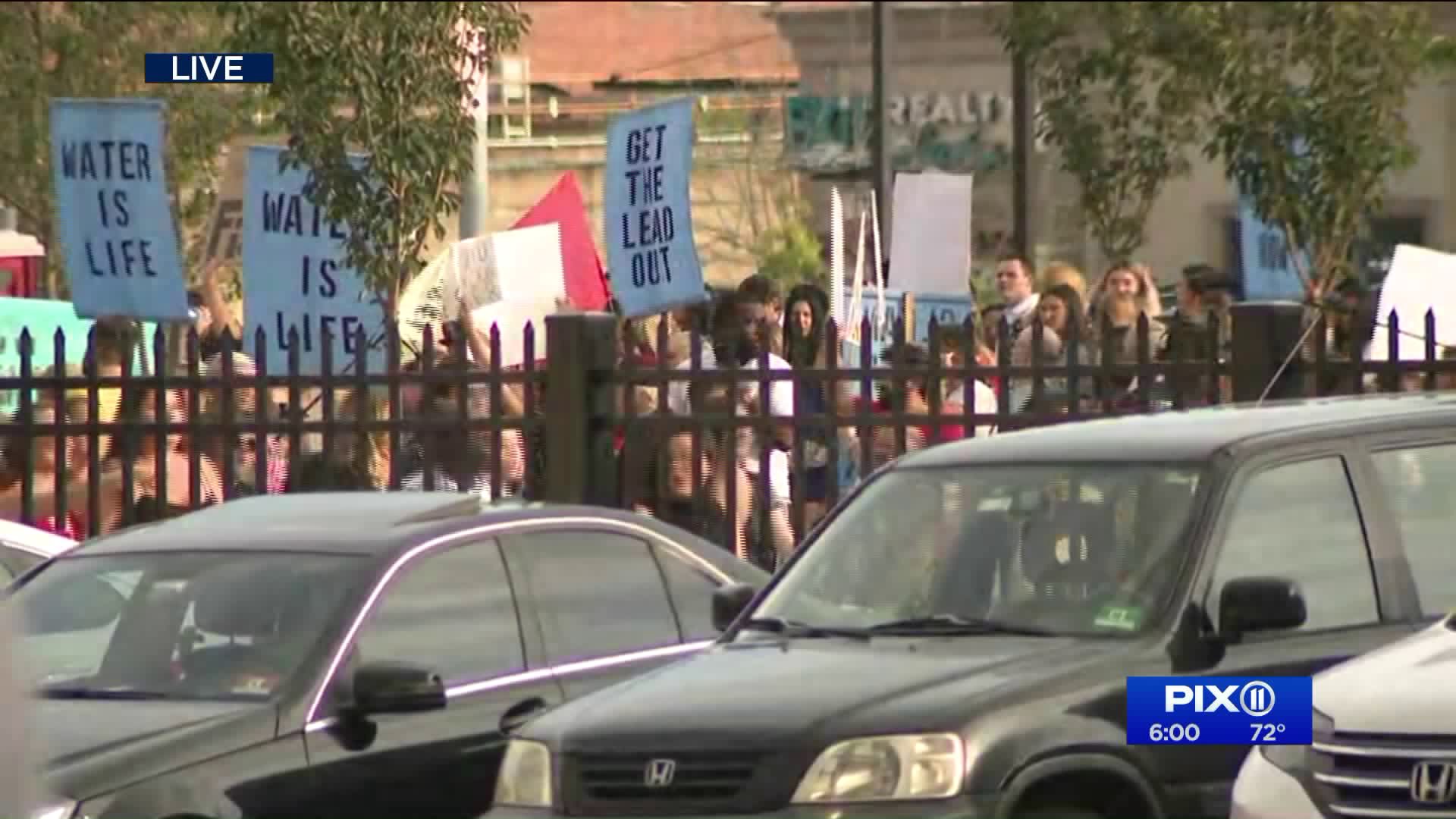 A group of protesters attempted to rush barricades outside the prudential center Monday, just as the MTV Video Music Awards were getting underway.

NEWARK — A group of protesters attempted to rush barricades outside the prudential center Monday, just as the MTV Video Music Awards were getting underway.

The protesters, who were mostly comprised of Newark residents, were lashing out at the city for hosting the award show in wake of the ongoing water crisis.

Responding police officers were quick to contain the demonstrators who marched down Edison Place nearly making it to Mulberry Street, just a block away from red carpet arrivals.

More than 350 Newark police officers were on the ground working the event.

Protesters were pushed back a block and were allowed to continue their demonstration in a nearby courtyard.

Amid the protests, Newark's Deputy Mayor Rahaman Muhammad could be seen nearby holding up his phone and smiling.

Muhammad told PIX11 he was initially broadcasting the VMAs red carpet live on Facebook when demonstrators began calling out his name.

Protesters who noticed the deputy mayor filming said they felt as though he was mocking them.

Muhammad denied he was mocking them, saying, "I don't have a problem with you protesting. I protested all my life."

"[The mayor] had a press conference today to talk about replacing all of the lead pipes in the city, so the goal is met," Muhammad said. "So now, if you're just protesting just to protest, to embarrass the mayor, then that's not good," he continued.

PIX11 reached out to Muhammad for a follow-up interview but he has since declined.

The MTV awards show was the largest event to hit the city of Newark since President Bill Clinton and Pope John Paul II paid a visit to the city in 1995.

Protestors were lashing out at city for hosting VMAs amid water crisis.

Muhammad was seen laughing & waving. We confronted him @PIX11