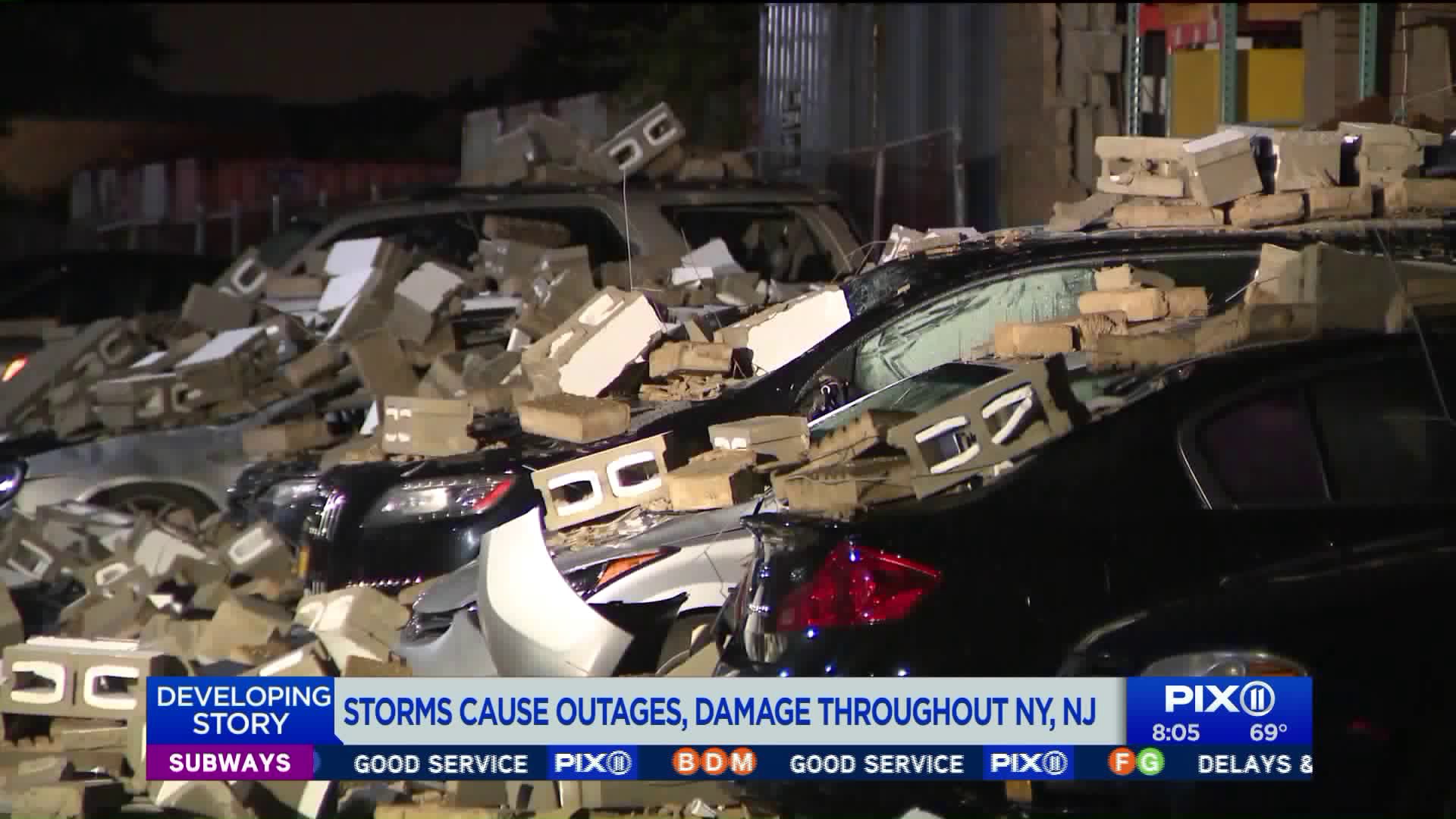 A wall of Cris Ray Printing, a printing company that makes labels for vitamins and prescriptions, along Executive Boulevard collapsed around 9:30 p.m., with concrete falling onto at least 10 employees’ vehicles.

“It looked like something out of a movie,” one employee said. "Seeing your car under a whole bunch of rubble like that — it's scary."

No injuries were reported, but employees tell PIX11 they usually sit in their vehicles during their breaks, so the circumstances could have been different.

Employees whose vehicles were damaged were forced to find an alternative way to get home, including taking an Uber.

The severe weather also caused outages across Long Island, New York City and New Jersey, with over 35,000 waking up without power.