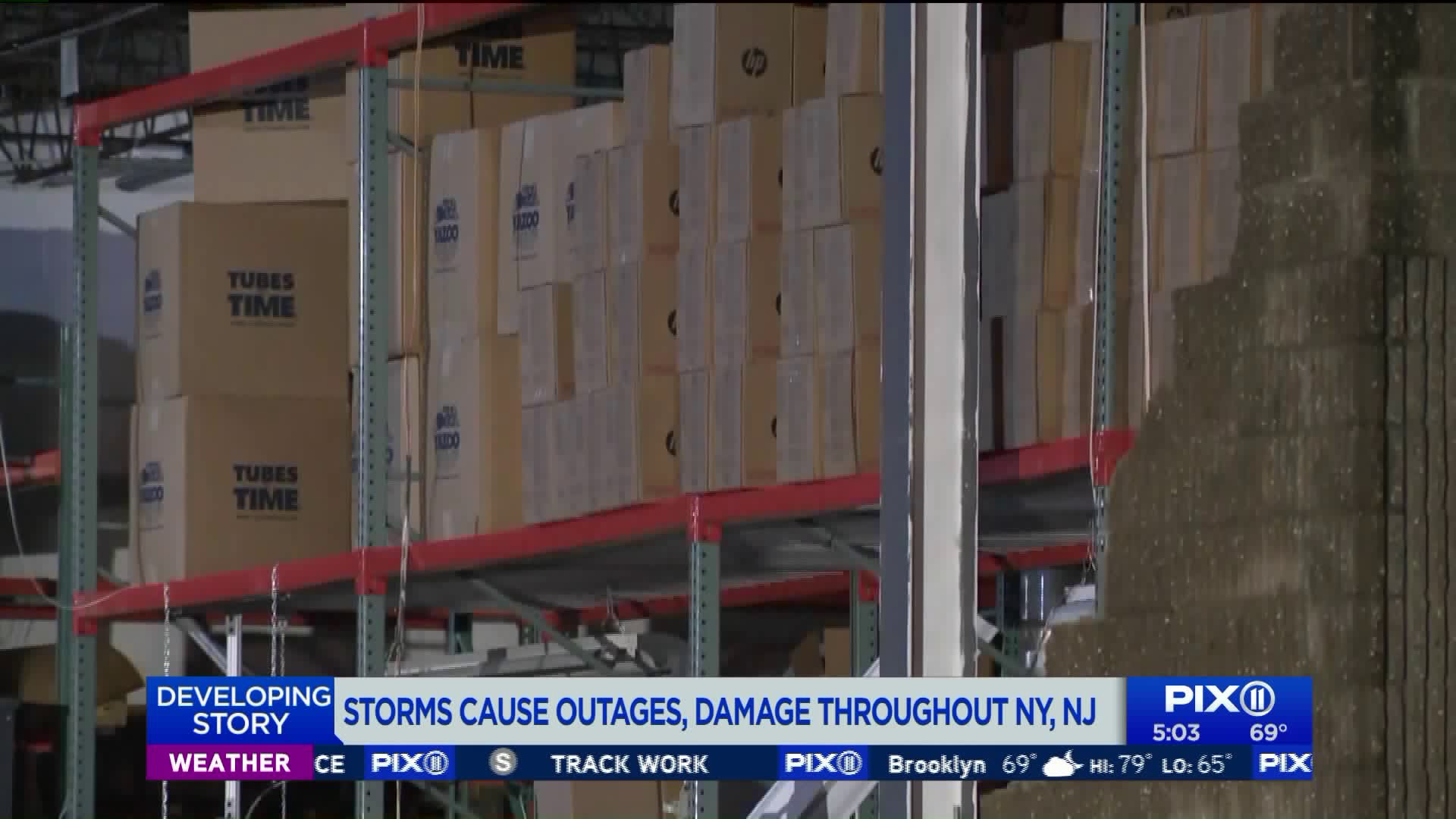 Severe storms pummeled parts of the tri-state area Thursday night, causing power outages and damage throughout the region, including the partial collapse of a building on Long Island.

NEW YORK — Severe storms pummeled parts of the tri-state area Thursday night, causing power outages and damage throughout the region, including the partial collapse of a building on Long Island.

PSEG Long Island is reporting about 23,915 of its approximately 1.1 million customers across Long Island and the Rockaways are currently without service.

Electric service crews will continue to work through the night to respond to outages safely and as quickly as possible.

People were forced to run for cover while out in the city, and train stations, including the R train station on 86th Street in Bay Ridge was flooded during the storm.

The MTA said the flooding at the station was caused by backed up sewer drains that overflowed.

In East Farmingdale, a building partially collapsed during the storm; concrete blocks destroying or damaging at least 10 vehicles.

The bulk of the storm damage was recorded in Suffolk County.

Forecasts show remnants of rain move through the area, giving way to a partial clearing during the afternoon and a more comfortable start to the weekend.