NYCHA seniors who fear eviction can get a free lawyer 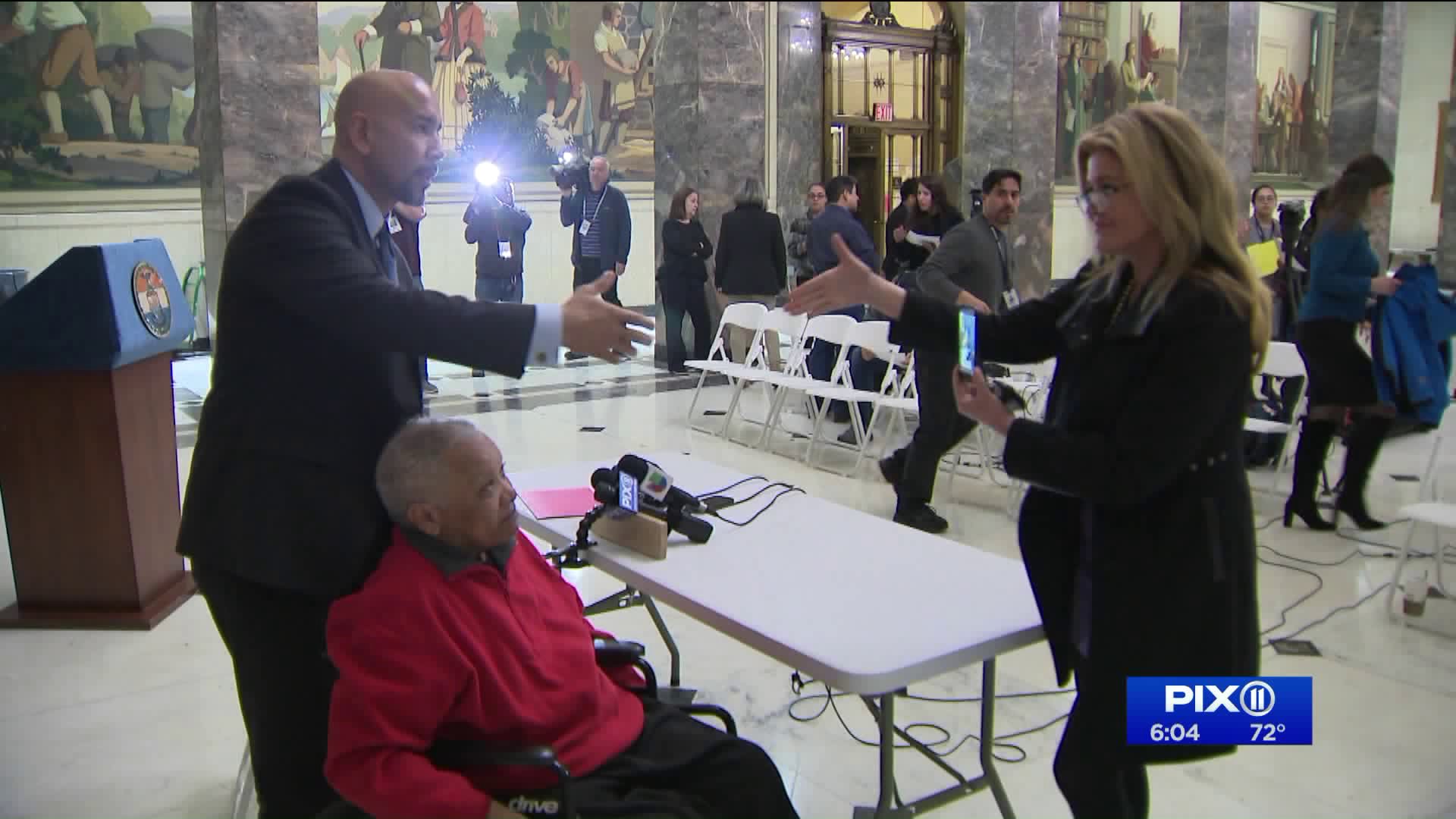 City leaders say seniors living in NYCHA housing will now be able to get a free lawyer if they are facing eviction.

City leaders say seniors living in NYCHA housing will now be able to get a free lawyer if they are facing eviction.

“I would say hundreds seniors could be saved,” said Gibson.

PIX11 has been covering seniors facing eviction in public housing for years. One of the most recent high profile eviction cases, 72-year-old Bienvenido Martinez, evicted from his home after his leg was amputated.

All of Martinez's furniture and personal items were thrown out by NYCHA. After public outrage, Martinez got a new home.

“NYCHA is one of the biggest slumlords we have, it’s true,” said Gibson.

Friday, at the Butler Houses, Gibson and Torres announced details on what’s called the Right to Counsel expansion for NYCHA seniors.

Seniors 62 years of age and older, who are head of household and meet income requirements are eligible.

“84 percent of seniors who enter housing court with an attorney are able to successfully avoid eviction. An attorney can mean the difference between having a home and losing a home,” said Torres.

Torres says the Bronx has the highest rates of evictions in the city.

"There is nothing more traumatic for a senior than eviction," Torres said. The goal is to keep seniors in their homes.

If you need more information check out right to counsel coalition, visit Evictionfreenyc.org.