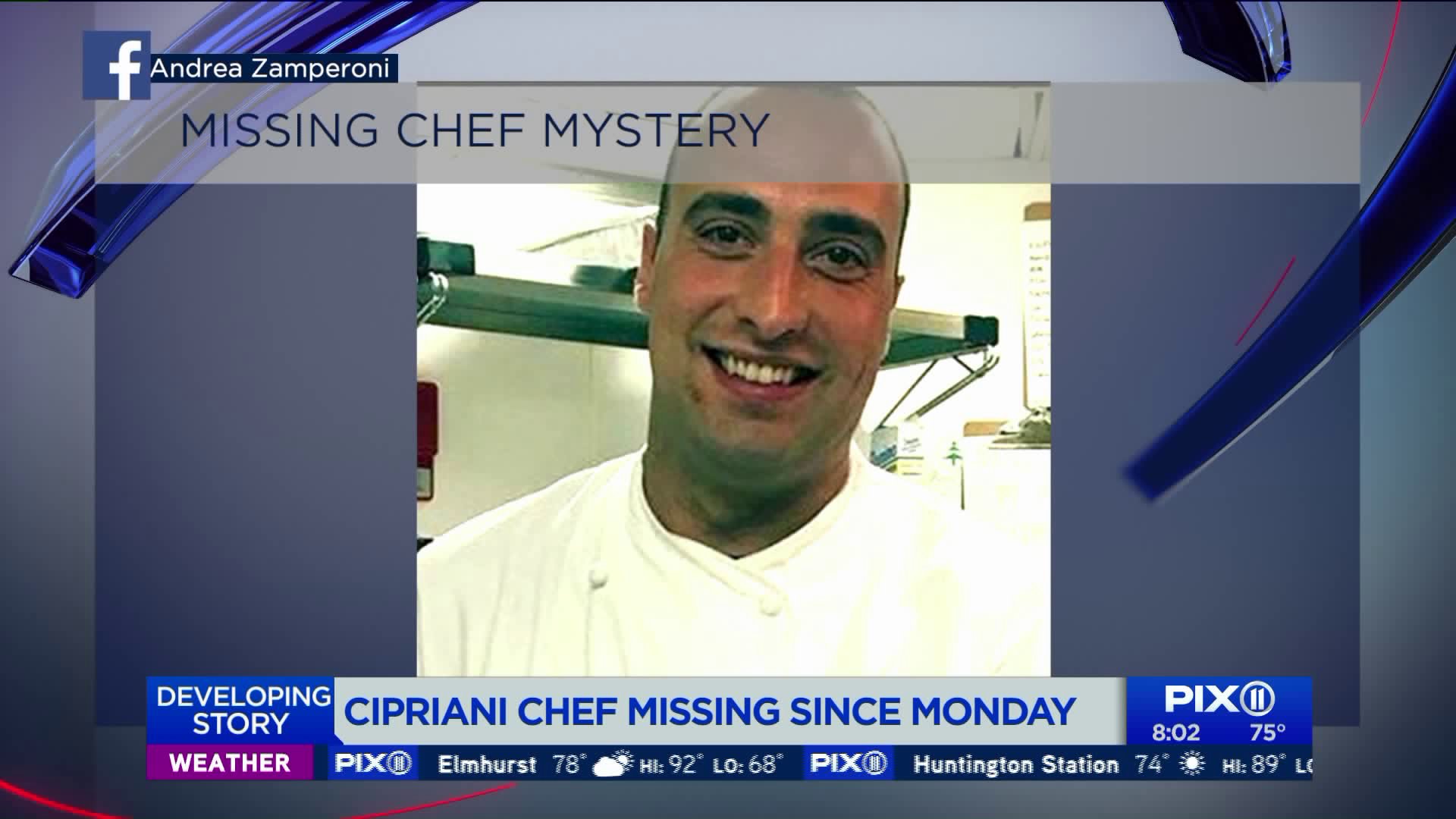 Andrea Zamperoni, the 33-year-old head chef at Cipriani Dolci in Grand Central Terminal, has been reportedly missing. The chef was last seen at his Elmhurst, Queens apartment on Monday, police said. Co-workers last saw him as he left work Saturday night, but became alarmed when he did not show up for his Monday shift and alerted authorities.

NEW YORK — The head chef at Cipriani Dolci in Grand Central Terminal has been missing since Monday, according to police and people who work with him.

Andrea Zamperoni was last seen at his apartment in Elmhurst, Queens on Monday around noon, police said.

Co-workers said they last saw the 33-year-old chef Saturday night when he left work at the famed Grand Central restaurant.

When Zamperoni didn't show up at work for his Monday shift, concerned colleagues thought it was strange and alerted authorities.

According to co-workers, the Italian immigrant has not missed a day of work without prior warning in the decade he's worked for the company.

The chef's phone is off and his social media accounts have not been updated for four days, the restaurant's manager confirmed to PIX11.

Zamperoni's brother flew in from London overnight to assist a group of restaurant employees with the search, the manager said.

Police said the Italian immigrant, who has worked at the Grand Central eatery for about a decade, has no history of going missing and does not have any mental health issues.

Law enforcement sources told PIX11's Anthony DiLorenzo it is too early to tell if there is any foul play involved in the case, as the investigation has only been going on for a short time.

Editor's note: This story initially reported the man has been missing since the weekend. It now correctly notes he was last seen Monday.