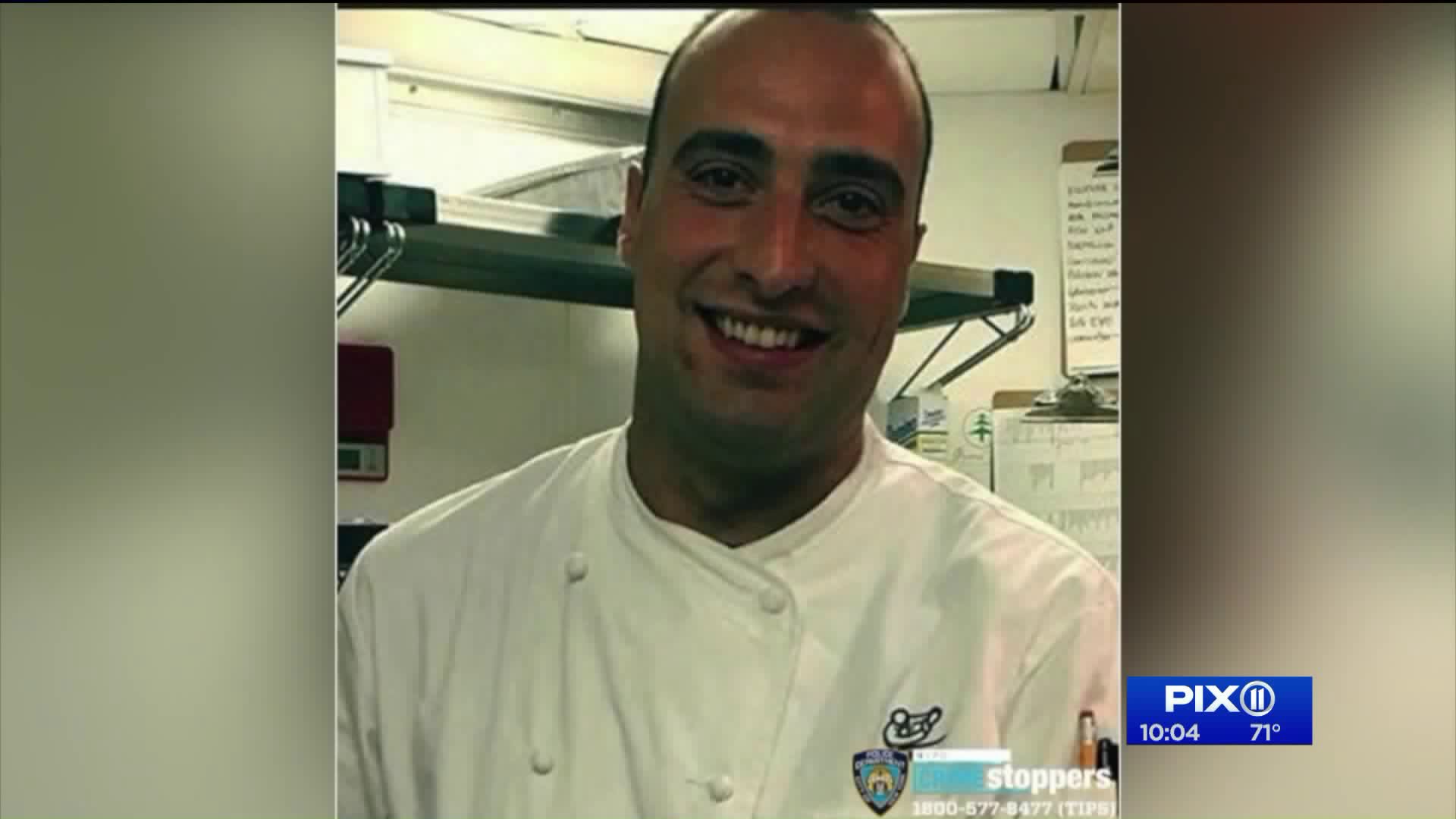 When the 33-year-old chef didn`t show up at work for his Monday shift, concerned colleagues thought it was strange and alerted authorities. According to co-workers, the Italian immigrant has not missed a day of work without prior warning in the decade he`s worked for the company.

QUEENS — A body found at a Queens hostel is believed to be the missing chef of a Manhattan restaurant, sources said.

A man was found in the first floor room of the Kamway Lodge in Jackson Heights Wednesday night, police said. Officers arrived and pronounced him dead at the scene, cops said.

The body, which was found wrapped in a blanket in one of the rooms, is believed to be Andrea Zamperoni, a chef at Grand Central Terminal’s Cipriani Dolci, sources tell PIX11’s Nicole Johnson.

Neighbors told PIX11 they heard what sounded like a fight and a struggle. Other guests at the hostel said it is known for prostitution and drugs.

“There are a lot of prostitutes that come here and the entire third floor smells of weed,” Avery Mullen, one hostel guest, said.

Zamperoni was last seen at his apartment in Elmhurst, Monday afternoon, police said.

Neighbors say he had just moved in recently. And while the chef had worked for the Cipriani Restaurant Group for a decade, he had only come to New York City a few months ago.

When the 33-year-old chef didn't show up at work for his Monday shift, concerned colleagues thought it was strange and alerted authorities.

According to co-workers, the Italian immigrant has not missed a day of work without prior warning in the decade he's worked for the company.

"We will keep Andrea's family in our thoughts and prayers and respect their privacy during this difficult time," Cipriani said in a statement. "Andrea was a responsible, good-hearted, kind and very hard-working individual who will be deeply missed by all of us. We trust the NYPD is exerting all efforts to investigate and bring clarity to this tragic situation."

The Medical Examiner will determine Zamperoni's cause  of death.

Police say they did take one woman in to the precinct house for what was called a debriefing. She was let go.  Police are calling the death suspicious.